A SNEAK PEEK INSIDE MY BOOK; EVERYTHING DISORDERED 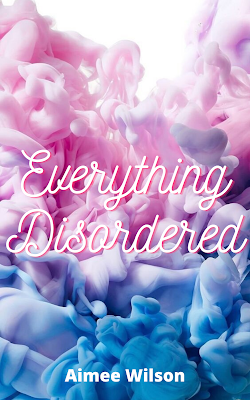 So, I ran a poll on Twitter to see if anyone would like a sneak peek of my new book; Everything Disordered, and it actually had the most votes I’ve ever had on a poll! And, of course, the answer was ‘yes’ so here it is; a sneak peek of the Prologue and Dedication...

After the success of my mental health blog I’m NOT Disordered and my first book; ‘When All Is Said & Typed.’ I wanted to write a new book that was a bit different and which allowed my creativity to really flow!


My first book was really a copy and paste job of posts from my blog which were curated into chapters, but I quickly realised that it wouldn’t take long before the book became outdated with there being the addition of new posts on I’m NOT Disordered. So, to stay relevant and current, I’d like to think of Everything Disordered being a complete jumble of information, resources, images, quotes… Literally, everything!


I hope that this book brings inspiration to you, and that it really encourages readers to talk more about mental health in a desperate bid to eradicate the stigma and discrimination that surrounds the subject and those struggling with it.


To everyone who has ever felt belittled, to those who have been told by others that their dreams and goals would never be achieved and that their successes were inadequate; here’s to proving them all wrong!

For the Behind-The-Scenes video:
http://www.imnotdisordered.co.uk/2020/06/behind-scenes-of-my-new-book.html

For the cover reveal:
www.imnotdisordered.co.uk/2020/07/everything-disordered-cover-reveal.html