Tuesday, 22 July 2014
﻿
[note: please don't assume that this post will be too complicated as it sounds a bit more technical than usual, I have tried my best to make it easier to read and understand]
I was approached by the Regional Youth Engagement worker for Young Minds to see if I'd like to attend a consultation event for the changes being proposed for the Code of Practice of the Mental Health Act 1983 and I thought it'd be an amazing opportunity for me, and something interesting to blog about!
Bit of background for you guys; the Code of Practice was last published in 2008 but since recent cases have shown care isn't good or safe enough, the government responded by committing to review and consult on a revised Code of Practice before the end of 2014. So, the Department of Health have worked with health care professionals, service users and their carers to ask what changes should be made to the Code. The aim with these changes, is to support professionals in improving the care they provide,  making improvements to care, treatment and outcomes, improving the way multi-agencies work together, raising expectations of support and care, treating service users and family with dignity and respect, being clear about a patients rights and providing them with the knowledge of what to do should they not receive the best care.
The main changes to the Code of Practice consist of making it easier to read, a focus on the police powers under the act (including sections 135 and 136), guidelines on the least restrictive interventions, information on making complaints and that the code is now based on five principles:
1. Empowerment and participation
2. Least restrictive option and maximising independence
3. Respect and dignity
4. Purpose and effectiveness
5. Efficiency and equality
At the consultation event today, we all broke off into groups and had some discussions. The first was about guiding principles for the Code, enabling people to have their say in their care, ensuring privacy, dignity and respect and improving advocacy services. One of the main things to come up in the discussions was about the transition period and how support during adolescence is more low-key yet if they are to progress to adult services they will require a diagnosis and quickly find themselves on medication. We discussed what would help young people in this very vulnerable stage and touched upon a lack of education on mental health with young people rarely understanding any of the jargon and having very little idea on how to get help for their mental health. This, led us on to GPs and how they have very little experience in mental health though they might often be the first person approached. I raised how GPs are often seen because of a dip in mood, suicidal thoughts and depression but the first symptom I exhibited was auditory hallucinations. We talked about the stigma of mental health and how it can prevent people from asking for help. This also led on to normalising life for a young person with a mental health disorder as young people feel a lot of pressure to 'fit in' and be like their friends so being diagnosed at that time will be difficult and if there are any ways to normalize their situation... We began discussing social media. The Youth Engagement Officer pointed out that if there's an issue with staff's privacy on Facebook then it is their responsibility to change their privacy settings accordingly. I spoke up about how a lot of press focus on the negatives of social media e.g. bullying, but they ignore all the positives that are achieved through it. Another group, raised the 'right to know your rights.'

In our last discussion, the group I was in was made up solely of service users (there were a lot of professionals at the event) and we discussed care, support and treatment in hospital and in the community. This was very interesting because we each had different experiences of the aspects discussed. The first issue to be raised was in regards to a loss of services in the community as one service user told of how his local Mind had been closed and he worried where the people who got support through it, had gone. Also, there are massive differences in community services available Monday to Friday, 9-5 with resources being very limited as it gets to the evenings and weekends. Next, we spoke about support for carers, or rather, the lack of it. I had a bit of a revelation too that people mostly talk about supporting carers as they may be the service users biggest support... But, what about those carers who are the voice of the service user? The ones who have to advocate for their relative's? With regards to restraint and seclusion; we talked about using de-escalation techniques instead and that staff should work on building trust and improving communication in order for this to be effective. I then touched on physical care and the GP system at the Hospital I'm in and the facilitator realised there wasn't much in the Code review on this area. Finally, we all stressed that 'prevention' should be the main focus as avoiding a person being detained under the Mental Health Act is always favourable.
I really enjoyed this event today; it was so interesting and inspiring; talking about improvements to services and it's downfalls and failures makes me even more determined to help change and better things.
For more information click here: https://www.gov.uk/government/consultations/changes-to-mental-health-act-1983-code-of-practice
﻿ 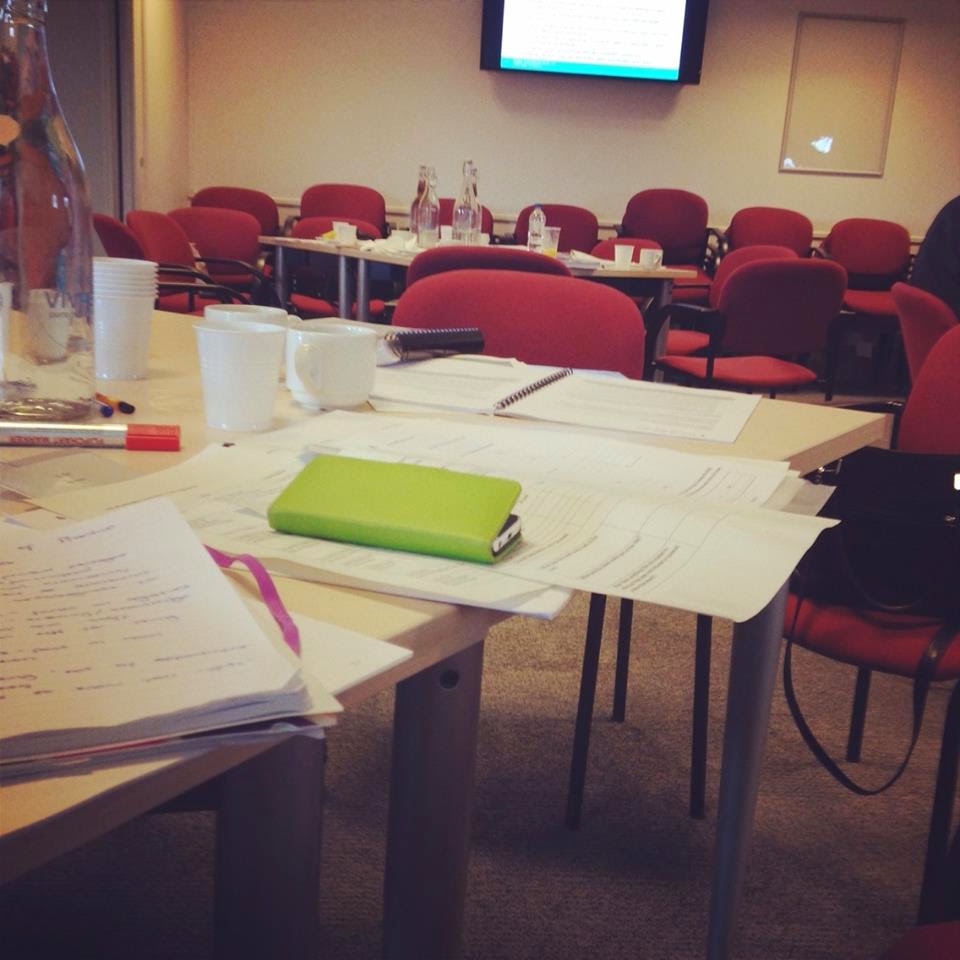