Wednesday, 20 August 2014
Note: we were warned by the IPCC that announcing on social media that we've been at their events might result in negative comments from those who criticize them. And yes; I got some on Twitter which did make me re-consider writing this post but at the end of the day, the fact I attended an event run by the IPCC does not mean I support them as this isn't a personal thing. It was simply an interesting opportunity. And so, any abusive comments will be reported.

I attended the event with Young Minds.
The Home Secretary promised the IPCC (Independent Police Complaints Commission) some extra money and it was found that young people are less likely to complain over Police misconduct with 38% of young people saying they had no confidence in the complaints procedure and if they would complain then they are more likely to do it through a third party. So, the IPCC has run four of these Youth Engagement events all over the country and will be using them to write reports to commissioners with recommendations of what needs to change to increase the confidence of young people in the system.
The facilitator, a commissioner called Cindy, was lovely! She was very warm, friendly and funny. It was so interesting to hear her story about how she came from a very community centred family life and how that influenced her into caring about the Police and improving things for others. She had such a good attitude about complaints too as she explained that police should see them as free 'customer feedback.'
We did a really good 'ice breaker' in which we had to ask each other for an interesting fact. I decided that mine would be that I'm sectioned under the Mental Health Act. And the commissioner was telling me how brave it was to tell strangers that but I told her I wasn't ashamed.
We then began our first task on our tables with each group writing down what they knew about IPCC and it became clear that it wasn't a lot! Some of the young people knew nothing until the IPCC worker on their table talked a bit. Another table had bad experiences with IPCC so it was a bit of a mixed bag.
Then, we got into a bit of a debate about whether former police officers should be allowed to work for the IPCC. There was good arguments for both sides with some saying that they should as it would mean they'd have empathy and a better understanding of situations. Others, worried it'd mean they'd be biased towards former colleagues and forces etc. 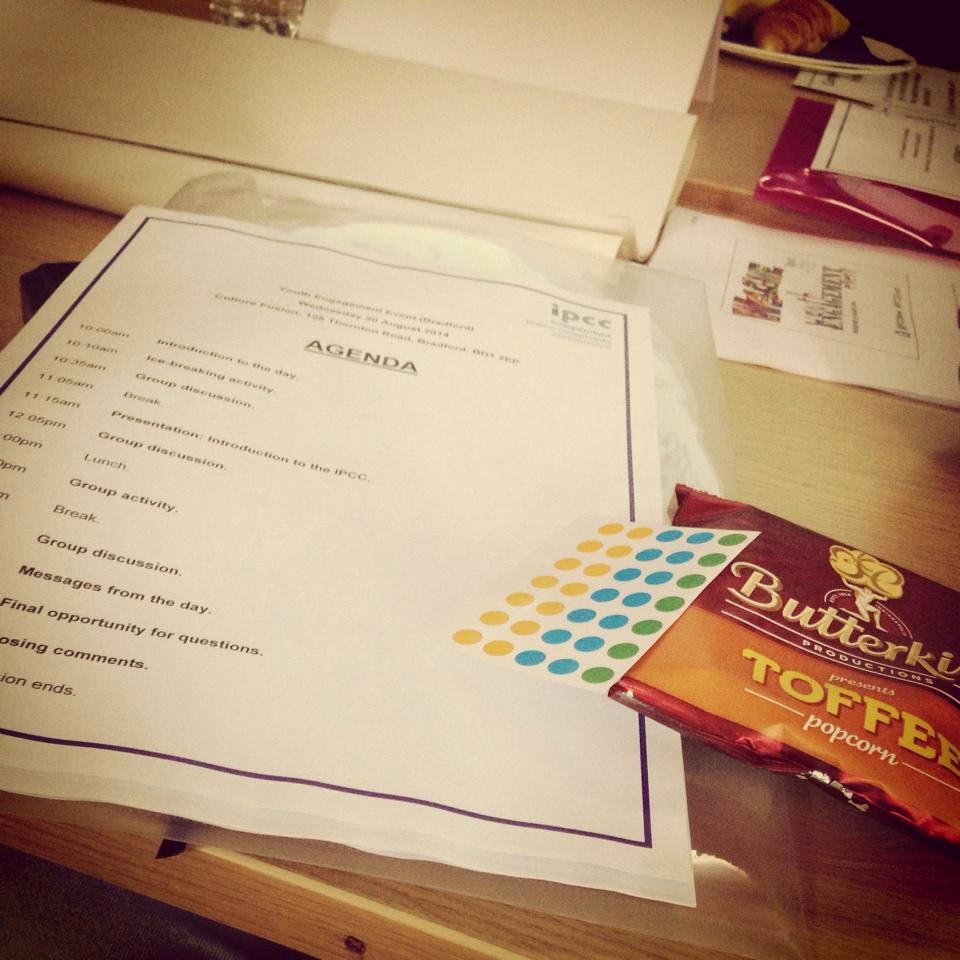 And then, it all went a bit wrong... In the break, I'd gone to the toilet and, painfully, passed blood in my urine and then as I was sat back at our table my back began to hurt. Our IPCC worker sat outside the room with me to wait for a first aider and they called an ambulance. There was a point where the pain was unbearable and there seemed to be no sign of the ambulance and I was just hoping I might pass out so I could stop being in pain. Eventually (the ambulance took an hour), I was really tired from trying to find a comfortable position and writhing around and I began to kind of get used to the pain. Then the paramedics arrived and they said I had a temperature and gave me gas and air to get me into the ambulance and all the way to A&E. When I got there and staff came from this hospital to swap with my YoungMinds boss, I realised there was a very real possibility I could be kept in and I bloody hate medical hospitals and not having my things with me so I tried to be brave! Sat up and had some giggles with my staff and then the Doctor came and was genuinely concerned and I didn't want to lie to her but I didn't want to be kept in either. So, I admitted I was still in pain but that it was bearable now and she was astounded that my urine dip test came back fine. She said she'd thought I was going to have a kidney infection. After telling me that when I'd jumped she'd been touching my kidney, she put in a call to Urology and it was decided I had passed a kidney stone! So, with instructions to return if the pain got worse, I got a temperature or my urine symptoms changed, we left! I put my pjs on the second I got back and had some codeine which gave me a lot of relief but it didn't last long and I have had to take more pain relief.
Hoping for a decent night's sleep and a lazy day tomorrow in prep for my discharge meeting on Friday!
A massive thank you to Liz at YoungMinds, the guys from Culture Fusion and IPCC who looked after me!