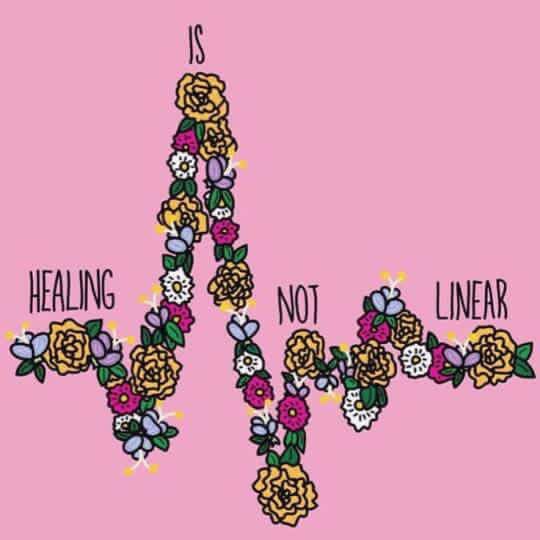 I haven’t spoken publicly about this yet, but on Monday I went into a mental health crisis.


It started, believe it or not, with a tummy pain!


I was in my sitting room when the pain came about, and, in agony, I collapsed. Onto the coffee table. My shoulder and arm instantly hurt and with the beginning of the bruising, I made my way to the local Urgent Care Center. I could feel my head getting fuller and fuller… it wasn’t so much the voices at first. It was more thoughts and feelings. As though my thoughts were too long and too detailed to fit inside my little head, and my feelings were too intense and too huge to fit into my little body. And I think that all of this just crowded me and the, all to familiar, feelings of being over-powered and completely overwhelmed led to the voices.

At first, they talked amongst themselves and then they started talking to me. They told me to take an overdose and with my head feeling like it could implode at any moment, I thought it’d do no harm doing as they asked and shutting them up. When I swallowed a handful of pills and it didn’t silence them as usual, I panicked. I panicked, and I ran. I think it’s that whole ‘fight or flight’ mechanism thingy! I struggle to cope with change and when it’s an aspect of my poorly mental health that changes? Well then, hell yes; fight or flight comes into play!


I made my way to the nearest motorway knowing that it became a bridge across a River. Initially, my plan was to jump in front of a car, but I couldn’t find the… I don’t know what the right word would be here… ‘Courage’ maybe? Or ‘bravery?’ Or ‘stupidity’? Depends which way you look at it… The way I looked at it; I wasn’t even capable of getting myself knocked over. I felt completely useless and the voices, inevitably, mocked me for it. I think that there was still a part of ME in there. Because I 100% believe that a suicide attempt shouldn’t have the potential to rob another person of their life too. And jumping in front of a car can do that.


As I walked, an Ambulance; blue light flashing, pulled over and a Paramedic got out and began walking alongside me asking me questions every now and then while his partner was, apparently, calling the Police. The Paramedic (Shaun, in case he reads this) listened to me whittle on about the voices and my belief that they’d come from people who’d died. He tried to reason with me and convince me that jumping off the bridge wouldn’t solve anything, and it wouldn’t help. I talked about how I’d begun to feel hopeless these last few weeks when I’ve struggled recently because now I look back and see all of the ways professionals have tried to help and support me. The psychology, the trauma therapy, the Dialectical Behaviour Therapy, medications, injections, restraint, one to one sessions… everything! And none of it has truly worked? What’s left? What else can people do to make me better?


“You know, for some people it’s like, the air weighs more for them; pushes them down, wears them out”
-       Pretty Little Liars, episode 5, season 4


When a Police Officer arrived, a bus was passing, and I got this thought in my head that this was a sign. I was meant to jump in front of this one and if the Officer and Paramedics stopped me then that was a sign I should live. If they didn’t… well then, I’d finally be dead. It was that simple. That brutal. I made about half a step to the bus before I was flattened to the ground and I landed in some nettles, so my face was itchy for the next two hours! The Officer put handcuffs on me and told me that I had to go to Hospital and that was either in the Ambulance of the Police van. I opted for the Ambulance!


I had to have two Police Officers sit with me in a room in A&E and when I refused to let the Doctor do a blood test the Psychiatric Liaison Team were called. A man and woman came and straightaway the man told me that he’d met me two weeks earlier. I told them that I wouldn’t be talking to them because I’d open up and pour my heart out and they’d send me home with no follow-up. Just like he’d done two weeks ago. They tried to prove me wrong by telling me that I was being held under the Mental Capacity Act and would be having a Mental Health Act assessment to discuss sectioning me. The last thing I wanted was to back into a Psychiatric Hospital, but they wouldn’t listen to my pleas to go home and focused on the fact that everyone was concerned my mental health had deteriorated and that I was refusing to engage.


When the Police swapped with another two Officers on their shift change, we had already met! The second two Officers had been in one of the training sessions I’ve led with Claire Andre and Inspector Steve Baker. At first, I was embarrassed and felt like a failure but as we spoke I realized that this was a whole new lesson for them – the top and bottom of mental health. It allowed them the chance to see how a person with mental health difficulties can go from being on top form and teaching alongside their Superiors to needing to be supervised by the Police to be prevented from committing suicide. And then the Officers did something that means a lot to me; they described what I was going through in the exact words that I would use: ‘mental health is never-ending.’ I added in a new word I’ve picked up; ‘relentless.’ I think it perfectly sums up my hallucinations.


In the end, a falsely cheerful Psychiatrist introducing himself by his first name came along and told me that with his patients he promoted taking responsibility for your own actions and so I was free to go. I’d be surprised if there’s someone out there who has never heard those words about their self-harm. They were said to me all the time when I was really poorly, and it took me three years to realise they were right; I wasn’t accepting responsibility for all of the things I was doing. I was always blaming others. ‘I only cut because he said that.’ ‘I overdosed because you did this.’ It took me two years in Hospital to learn how to accept responsibility for my actions. I learnt how to differentiate between blaming someone and using them as an excuse. I learnt that my reaction to things that were said or done was about me and not the person who said or did these things. I also developed the understanding that if I blamed others for my actions then maybe I should credit others for my achievements too.


And as I forced my way into recovery, there was no way in hell, that anyone but me was getting a pat on the back for my hard work.