A QUICK CHAT WITH BIG PINK DRESS AKA COLIN PLEWS 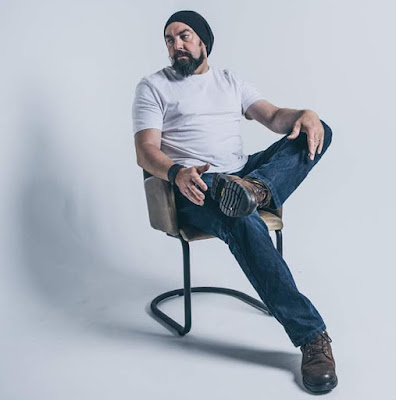 As a six-foot, nineteen stone, Ex-Forces and Rugby player, if someone had told me five years ago that I’d end up running around in a massive dress I’d have laughed in your face!


Five years ago, though, a friend of mine was diagnosed with Breast Cancer and watching her go through Chemotherapy and experience all of the horrendous side effects was life changing. I felt so helpless because I’m no Doctor or Scientist, but I was desperate to make a difference and the Great North Run was just around the corner, so I applied for a place with the Breast Cancer Campaign. 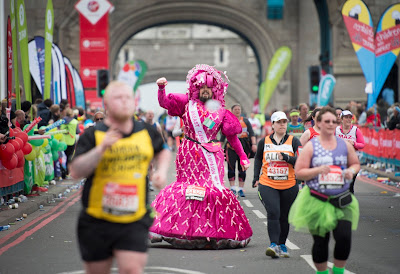 While working at a Nursing Home, we picked names out of a hat for a Christmas show we named ‘Stars In Their Eyes’ and I picked out Diana Ross. This inspired me to wear a fish-tail dress which caused me to take three hours and forty-two minutes to get around the 13.1 miles! I had hoped – and aimed – to raise £350 but ended up with over £4000 and that, with the amount of support I had, meant that the original plan of this being a one-off run was completely scraped and I aimed for double the distance.

The 2015 London Marathon was next on the list; even though I’d not ran a marathon since 1993! Again, wearing a dress/outfit that weighed over two stone, meant that it took slightly longer to complete, and my time came in at six hours and eleven minutes. The other negative affect the dress had was that seven miles into the Marathon, I tripped and broke two toes… But I wouldn’t let that stop me and raised over £6000! The entire thing caused a bit of a stir with the BBC and after being interviewed by BBC Breakfast I was invited onto The One Show. It was so surreal and meant that ‘Big Pink Dress’ grew in popularity and I became a Breast Cancer Now representative and did talks for Women’s groups. I saw their heartbreak, shared their triumphs, I’ve laughed, and I’ve cried with them – all the while being there for support. 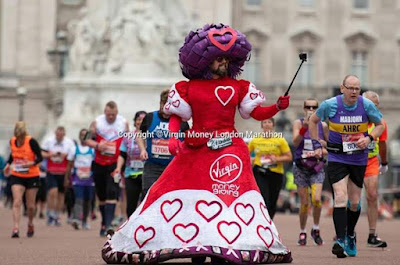 Over five years, I’ve now ran over 60 races – each in a different dress - and have raised over £118,000 for 14 different charities! I’ve been very lucky to be given various awards and last year I was truly humbled to be given the Points of Light award by the Prime Minister!


People say that Cancer can change your life and it certainly has changed mine in a hugely, incredible way!