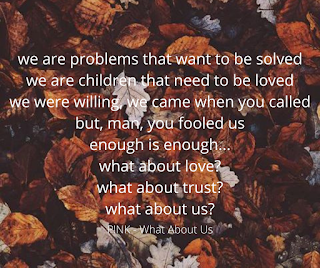 By chance, the Social Media Manager for LEAPS (the support group I Chair) noticed a call for individuals to take over the Twitter account for Talk and Support (https://twitter.com/TalkandsupportJ) and kindly nominated me for the role! When I was given the login details, I felt a true honour in that moment from the realisation that I was being hugely trusted – not only with the account’s reputation, but also trusted to produce content which will be of interest to their followers. And it got me thinking about trust in general, why it’s so important to me, and what it means in mental health…

The first instance which I feel massively affected my thoughts around trust, was the abuse I experienced from November 2006 to April 2007. Since CPS determined there wasn’t enough evidence to prosecute my abuser, I’m now unable to disclose his identity; but what I can say is that he was in a position of power and therefore was trusted by a number of people (including professionals). He was trusted to do the exact opposite of what he was doing to me – he was supposed to be helping, supporting, and caring for myself and others.

Instead, he took that trust and used it as an opportunity to hurt me because it instilled in him the belief – maybe even ‘knowledge’ because he was arrogant like that – that he’d get away with it. I mean, he frequently reminded me during the abuse that even if I did tell someone what he’d been doing to me, they wouldn’t believe it of him. They would never be able to even imagine the person they knew and trusted doing something so awful (massive understatement!).

An aspect of the abuse that I rarely talk about is the ‘relationship’ (I use that term but I definitely do not mean it in a romantic sense) I had with my abuser before the abuse began. Because the abuse wasn’t the first time he had come into my life, he’d been around for two months before that. And in those two months, I had confided in him. I had trusted him because I thought he was a genuine person and his encouragement to talk to him and open up with him, had motivated me to tell him things that I felt I couldn’t tell anyone else. And it wasn’t until years later that a Police Officer told me that manipulation in those early days was actually called ‘grooming.’ She explained that abusers often use the very start of a relationship to build a rapport with their ‘victim.’ And they usually do this for two main reasons; the first, is that it lessens any suspicions from others because they’ve seen that positive relationship and so when the abuse is reported, those people are less likely to believe that that relationship had turned into what it has. The second reason, is that in grooming someone, it often leaves that person questioning whether they deserve any blame for the abuse; because why would anyone just turn like that? The ‘victim’ is left thinking that they must have done something wrong for their abuser to seemingly become a whole different person. And questioning your own responsibility for the abuse minimizes the possibility of it being reported.

This experience of trust, left me fairly confused on the subject – shouldn’t you have to deserve trust? Or is it supposed to be automatic? What happened to the people who abused it? Had it been my fault he was only untrustworthy with me? Should I let that one experience stop me from trusting anyone, ever?! Should his faults impact future relationships for me?

I think that all of these questions around trust really contributed to how well I co-operated – or didn’t co-operate! – with professionals surrounding my mental health. My abuser had left me questioning whether I should trust anyone so how could I possibly trust these complete strangers with my innermost thoughts and feelings? And when a Psychiatrist who I’d never met before asked why I had attempted suicide, how I could I trust him with the real answer? How could I trust that he’d use the information to help me and that he wasn’t just manipulating me as my abuser had? What made this man any different?

Understandably and partly inevitably, I really struggled to build relationships with such professionals and another challenge to trust them came when I felt I finally had with one Psychiatrist and then I felt that he let me down. He was always encouraging me to talk about the hallucinations and promoted the benefits being in hospital could have for my safety. Then on one admission, he made some comments that left me shouting ‘you promised you were different!’ before storming off!

That one experience with one Psychiatrist out of an entire NHS Trust, really left me pondering the prospect of confiding in any other mental health professional. What if I felt I could trust them, and they proved me wrong? What if I finally told them all the things that I’d locked away in my head, and they didn’t respond in the way I had hoped/wanted/needed? In time, I developed the attitude ‘what-do-I-have-to-lose’ because since I believed no one could help me, I had decided there was no harm in starting to talk more to people. I thought ‘at least I can say I tried.’ I hated the thought of one of my suicide attempts working and for it to leave people thinking that I hadn’t put any effort into fighting against things and trying to make it better.

So, even though I was talking to Psychologists, Psychiatrists, and Nurses more, it was definitely half-hearted and with no trust or faith that it’d help/make a difference. After three years of my mental health being so poorly, I was regularly suicidal and self-harming, the Psychiatrists started to talk and make recommendations for me to be admitted to a specialist hospital over 100 miles away from home. Part of me was actually really furious at them because I adopted the belief that they had taken all the thoughts and feelings I’d talked about and used them against me in sending me to a hospital so far away from my Mum and my friends. I was convinced that I’d trusted the wrong people and I felt like an absolute failure for it.

I guess it’s no wonder that when I was admitted to the hospital in 2012, I felt as though even if I wanted to trust someone, I couldn’t. It was like my mind or my body just wouldn’t let me. As though it had become a natural instinct not to let anyone get that close to me ever again. But, over the two and a half years I was in hospital, I built some incredible relationships with the staff – particularly my Key Nurse; Debbie, and the Speciality Psychiatrist; Doctor Andrada. I think a massive help to me building those relationships was that I was an inpatient because it helped me to feel that if these staff could see me 24/7 then maybe they’d have a better understanding if I was to trust them. Maybe they’d be more aware of just how important and special that was for me.

In hospital, I very quickly realised that trust could sometimes be about taking a chance on someone. Taking a risk that a person could be reliable and trustworthy. That you can’t always be 100% certain a person deserves your trust, but you can be 100% certain that they’re worth the risk. That if you consider just how helpful and supportive the person might be for you if they have your trust, then it’s worth giving them the opportunity to prove it.

These days, I’m at the age where I’ve learnt that I’d rather have a few amazing friends than a ton of ones I wasn’t close to. And this has meant not very many people have my trust, but that isn’t because I’m precious with it or that I’m scared to give it to people. It’s not about me being ‘damaged’ by the abuse in any way. It’s more about me wanting those few people to know just how special and important they are to me because I don’t give my trust (and love and respect) out to just any random person!

Some people might argue against that because I talk so honestly and openly on my blog for over three quarters of a million people to read and that surely that should mean I trust all of those readers! But no. I talk so openly and honestly because I trust that it will be beneficial to me and to at least one other person reading my words. Having that – maybe limited? – trust is important to me, because I think it illustrates that I can be in control of who I give my trust to. And to have control over something so important in life can mean everything for a person like me, where having a loss of control has resulted in something traumatic.

In writing this post, I’d like to trust that at least one of you reading this will have Twitter and will go follow Talk and Support for my Sunday takeover tomorrow (4th October 2020 I really hope you enjoy the content I produce for them!