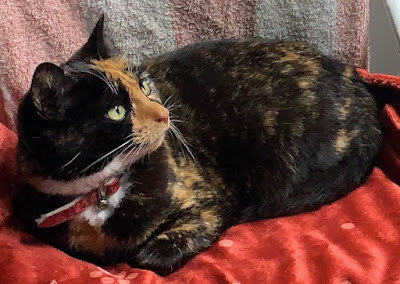 So, I'm going to do something a little bit unusual for I'm NOT Disordered... the inspiration for this post comes from me randomly seeing someone’s tweet about not knowing what to do when her daughter’s world is falling apart. Out of sheer curiosity, I looked through the tweets and discovered that her daughter; Jess has lost her cat. Her beloved calico cat, Scout went missing just over three weeks ago in the Gateshead area of the North East of England.

So, I contacted Jess and offered to post about Scout on my blog. Now, I’ve read about so many instances of pets going missing and whilst they’re all saddening, I don’t think I’ve gotten as emotional as I did when reading about Jess and Scout. I think one reason for this was the resemblance Scout has to my own calico cat; Emmy; but the biggest reason was that literally everything Jess was saying about her thoughts and feelings around Scout felt like an echo of me. 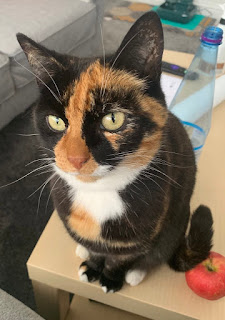 And this notion, was what prompted me to contact Jess and tell her how brave I think she is just for getting out of bed, and how I can totally imagine why she’d feel at a loss for what to do now that they’ve searched for Scout, put up posters, and talked about Scout on social media. Jess replied that it had meant a lot to her for me to take the time to get in touch and to be able to empathise with her.

Whilst I realise that having such a huge audience doesn’t mean the majority of my audience are local to me, so this might not seem relevant to a lot of people, but I’d appreciate it if you could share this post anyway...

For more info or to send your well wishes to Jess: https://twitter.com/Jessypins