The One About Urinary Retention

Sunday, 23 March 2014
For almost a month now, I have been debating this post but I've finally found the courage to do it.
I think there's a fine line between stigma/discrimination and something just being private and personal. I've learnt this since I began experiencing urinary retention just over a month ago. I first got the inspiration to blog about it from a fashion blogger who has recently blogged about IBS to help raise awareness (her posts can be found here: http://scarlettlondon.com/ibs-alone/ and http://scarlettlondon.com/ibs-success/). I found it refreshing to see such a disorder being discussed so openly and that it was done with dignity helped me to decide that is what I wanted from my own post. There's no need to sit here and tell you all the ins and outs of a catheter (more info can be found here:
http://www.nhs.uk/conditions/Urinary-catheterization/Pages/Introduction.aspx) but to sit and tell you the effect it's had on me; well that would have a better impact.
I think UTIs are quite common especially in young women and I thought that's all it was when I started going to the toilet more often but then I went to bed and when I woke up I couldn't wee. It's as simple as that but I think how quickly and suddenly it happened scared me a bit. It's one of those things that you take for granted until you can't do it; passing urine. It was so bloody frustrating to be sitting on the toilet trying with all my might and failing. I told the staff and was taken to A&E where a bladder scan revealed I had 999mls of fluid in my bladder. The Nurse said it was the most she'd ever seen and when I questioned how important it was to take me to recuss and insert a catheter the Doctor told me that if that amount of fluid was left for another 24hours then my kidneys would begin to fail. There was also a danger of certain imbalances once the fluid was drained and a possibility of my kidneys going into shock and overcompensating. This hit me. I had thought people were being dramatic in sending me to A&E and rushing me through triage; I had no idea that not being able to pass urine could be that serious. And now that I know I think my main aim in this post is for others to not make the same mistake. Seek medical advice with any abnormalities in your passing of urine.
I was told on the surgical ward that they suspected a UTI had caused the urinary retention and said that should be the end of it. But it wasn't. It has continued to happen and I have continued to need catheters to drain the fluid. At one point the Urologists wanted to insert a long-term catheter which would've meant walking around with a bag of my wee strapped to my leg at the age of 23! I was determined that wasn't going to happen so once the fluid was drained I kept discharging myself as my bladder went back to normal after catheterization. But then it stopped doing that and I fell into a pattern of passing urine a hell of a lot less frequently that usual. And as I had appointments and leaves, I was so worried that I'd end up in A&E and would miss them that I began restricting my fluid intake to minimize the chance. It got to the point where the staff sat me down and told me that I was becoming so physically poorly from dehydration that the leaves would have to be stopped anyway. It was such a horrible situation; a good example of catch 22 and in the end I had to agree to begin drinking properly because at least then I still stood a chance of having my leave.
I think the most troubling part of my urinary retention has been the actual act of catheterizing me. It doesn't take a wild imagination to guess what my 'trauma' might include and as a result of this; I have been very uncomfortable with anything in that area. The first catheter was so triggering and upsetting that I was given gas and air (entonnox) throughout the procedure and also the run-up, and for about half an hour afterwards. I could only stand it in place for an hour or so before I asked for it to be removed out of fear that I couldn't guarantee my safety if it stayed in; all I wanted to do was pull it out but I didn't want to lose everything I'd earned (leave and obs etc.). In my most recent admission I managed to keep the catheter in for the entire admission and this is a positive I can draw from the experience; it has relieved some of the after-effects from my 'trauma.'
Finally, the pain. It is unbelievably painful to hold so much fluid in your bladder. It's painful to have your muscles tense when you try to pass that fluid. And on my most recent admission it was to such an extent that my stomach looked like this: 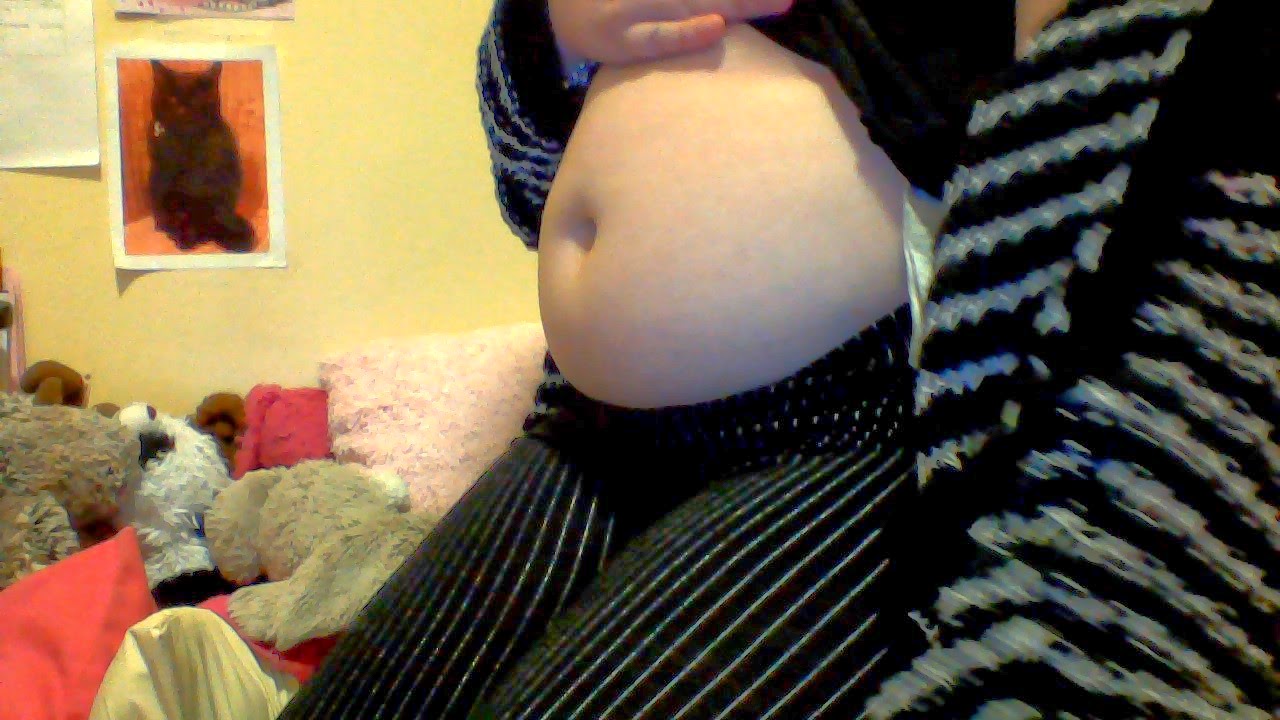 At the time, I laughed that I looked pregnant but it's no joke; if you have any concerns at all about your urination (if that's a word?) then get medical advice.
For more info on urinary retention: ﻿
http://www.patient.co.uk/doctor/Chronic-Urinary-Retention.htm