Crying over the person I was 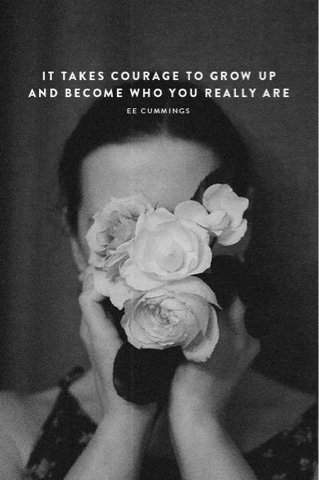 Those of you who have read the blog for some time, will know who Chelsea is. For those who don't, I met Chelsea in the hospital I was in when I began this blog. We quickly became best friends and because of our previous experiences, the friendship seemed incredibly important and special.
When Chelsea was discharged from the hospital first, she had a book made up, that told the story of our friendship; from the very beginning when I was first admitted and Chelsea was allocated my 'buddy.' This meant she showed me around the ward and introduced me to the rest of the girls, as well as sticking by my side through OT groups and activities. Chelsea had used her diary, my blog, and her own memories to write the short book about our time together; including the times we'd have fun and giggles, the times that I'd be hugging and supporting her, and the times when she'd be checking my room for my hallucinated rabbits. She included photos of us, and pictures from Pinterest with lovely quotes.
Now, for some reason, one night, I decided to clean the shelf beneath the table that my bedroom TV was on and when I spotted the book, I decided to read it. I hadn't looked at it in probably almost a year. I started crying when I read some of the things I'd done etc that had given Chelsea reason to support, protect and look after me. Things like me hallucinating and being so convinced that there was evil rabbits running around my bedroom that I refused to go in until Chelsea had checked the entire room and all of the possible hiding places. There was also details of the first overdose I took whilst in that hospital and the affect it had on Chelsea. There was a lot more too, and it all made me think about the person I once was.
I was remembering being restrained in the middle of Asda, and not caring or feeling any embarrassment because I was so lost in what the voices in my head were saying. I remembered lying on the hospital bathroom floor and crying because I had nothing sharp enough to slit my throat with. I remembered all the times that I'd be in a cubicle of a public toilet, feeling so incredibly lonely and I'd swallow all these paracetamol tablets. I remembered standing on bridges and the only thing stopping me was the worry that I'd end up paralysed and not dead. I remember all those moments when I'd feel so hopeless and accepting that my life would continue in this way until I eventually killed myself.
I'm very aware that stating that I cried over me being that way, sounds very self-pitying and pathetic. But I think that in a way, it's also understandable. I am in such a good, positive, safe, and happy place (mentally and physically), that it's making me reflect a lot on those hard days. I guess I just wish that the me that I am now, could go back and reassure the old me that things would get this good. But at the same time, so many people told me, during that time, that my future was bright and I didn't believe them. I think it makes me feel lucky that I was saved so many times so that I was given the opportunity to live the way I am now, to do all of the things I'm doing, and to feel so happy, positive and safe.
Newer Post Older Post Home