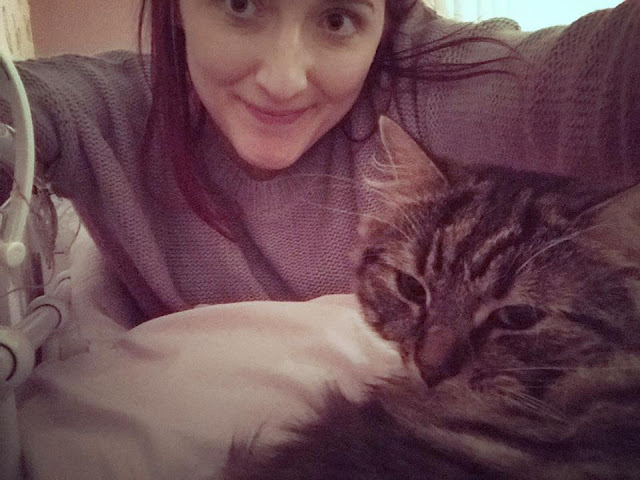 As I have done the past three years, I wanted to write a special post for Dolly’s Third Birthday. On her First Birthday I wrote about my top twelve moments from the first twelve months of her life. On her Second Birthday I blogged about the past twenty four months with Dolly and some of my favourite memories.
Note: I also blogged about the day I got Dolly; and you can read that here
To mark her Third Birthday I’d like to tell you all my three favourite things about Dolly…

1.       “She’s a trooper!”
A good few months ago now, Dolly became poorly. She was wrongly diagnosed twice (first with a urine infection, and second with Cystitis) and eventually after lots of antibiotics and medications, I took her to the local emergency vets ready to demand that she have tests if they tried to send me home. The entire time, Dolly was still Dolly. Just quieter. Subdued. She plodded on though. It turned that out that she had blood clots in her bladder. She had a barrage of tests, scans, and medication but she pulled through and came out the other end! I worried that she’d become aggressive after hearing that the staff had to sedate her for any interaction with her because she’d been so vicious.
But actually; she was nicer than before! I think that, she’d been treat the way she had (she was left to sleep in her own pee because they were apparently too scared of her and didn’t want to sedate her unless necessary) with all of the restraints and pain and now she appreciated love and affection so much more! It was probably the most scary experience with Dolly but she pulled through and afterwards, when she was cleaned off and had had a nice meal and a nap, Ronnie (my Fiance) said she was a ‘trooper’ and I couldn’t think of a better description for her. 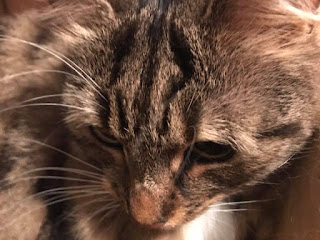 2.       Her quirks.
I think that most animals/pets will have this; a particular habit. A way they like things to be done. A strange way that they like things to be done! In Dolly’s case, she likes the smell of catnip but not actual treats with catnip in. She likes sitting and watching people in the rain but not actually going out in the rain. She likes it when her scratch post wobbles about and she nearly falls off but doesn’t like any other object that can suddenly move. She likes heights but is useless at landing on all four paws. She’s completely litter trained but will go to the toilet on my bed if she can get away with it. She likes to roll around on her back, exposing her fluffy tummy (she’s a MaineCoon) but won’t let anyone but me tickle her tummy. She likes to roll around in front of the armchair but doesn’t actually go under it. She likes talking to birds but gets scared when they come near her. She likes watching the laser pen dot but isn’t interested in actually catching it. She likes feathery toys but hates when her fluff gets stuck in her mouth when she’s grooming. She likes getting cosy on the settee but prefers to sleep in a cardboard box. When she comes running to the door for you but then goes off and doesn’t want to know.

3.       Her ways with people.
Dolly is a very complicated cat. I’m sure many pets pick and choose the people in the household that they like best but Dolly just takes things to a whole new level! When I first got her, I was still unwell and there was one instance when the Police thought that I lying unconscious in my home so they caved the door in. Dolly was home alone (I was already in Hospital for an overdose). For a long time, after that, she had problems getting along with anyone who dared come in the house. It got to the point where one of my support workers refused to come in unless Dolly was locked in another room and after she attacked me I talked to the Behaviour Therapist at the Vets about giving her up. She had a few months of an anti-anxiety medication (for cats) and now… Obviously she lives with me and so she has the best, most stable relationship with me; she lets me tickle her tummy, get random bits of dirt off of her face, and stroke her whilst she’s sleeping. But there are times when she’ll scratch me and do an angry meow when I even go near her. Second to me, I think she probably sees Ronnie the most. She’ll have some really good, loving moments with him; rubbing up against him, running to greet him when he comes over, going on his lap, having her chin scratched… But nine times out of ten, she’s usually rubbing against him because he’s feeding her, and she is usually just crossing over his lap to get to somewhere else… She does seem to have befriended my support worker and cleaner though; letting them go near her and often even stroke her! And she loves my Mum most of the time. She’s even jumped onto my Mum’s knee and lay down, purring and nodding off to sleep. But when Mum goes to stroke her when she’s on her scratch post… She’ll bite her hand off! 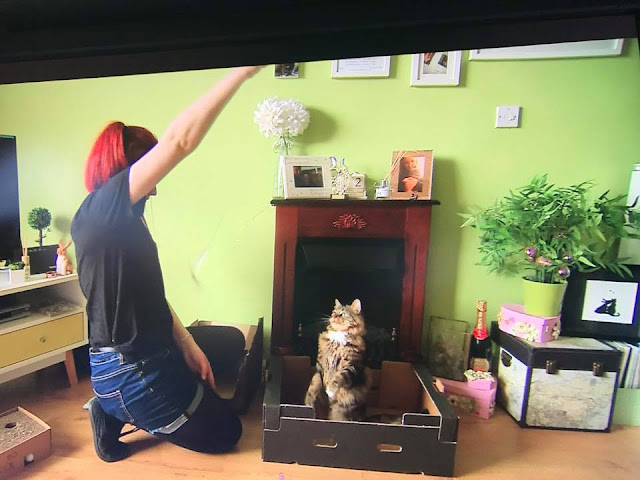