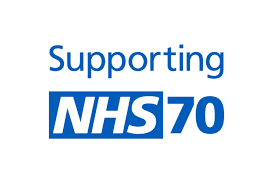 I just happened to see ‘The NHS Saved My Life’ on ITV; a celebration of seventy years with the NHS and I was inspired to write this post about my own experience of the NHS and how their services have saved my life.


Other than being diagnosed with Asthma and having the occasional cyst on my ovaries, I had no experience of the NHS until my mental health deteriorated.


You know how usually, in mental health, a person begins exhibiting signs of mental illness for a while before things might come to a head? It wasn’t like that for me.


An ambulance was called to my College when I admitted to a teacher that I’d taken an overdose in June 2009. I can remember being shown into this room in A&E and a Nurse did a blood test on me and told me that if I left before they’d gotten the results then they’d call the police. I did, so they did. And they were honest with the police when they told them that no one could sit with me and make sure I stayed there so the police did. And when my bloods showed that I needed the life saving antidote for the overdose, I was referred to the psychiatric team to be sectioned under the Mental Health Act (1983). I’d never been sectioned before so I was terrified, but a Nurse took the time to sit with me and explained what was going to happen.


Going to the psychiatric hospital was the worst part of the ordeal and so when I overdosed again a few months later, my reluctance – ironically - to go into a medical hospital was knowing that they would save my life. I remember that second admission when they transferred me between wards and I went to get out of one bed to get into the other and was told ‘we don’t want your foot to even touch the floor!’ Once again, the hospital gave me life saving treatment.


Throughout the years of my poor mental health, I think that I stopped taking responsibility for my self-harm because I was doing it because of the hallucinations and memories of my abuse and then it was always in my head ‘oh well the hospitals are there to save me.’ Looking back, I can see that this is the wrong attitude and it’s probably a very controversial one in the mental health industry that far too many people don’t discuss often enough. I can remember one admission where I had to be given a general anaesthetic and put on life support to give me the antidote because I was so determined to commit suicide and end the torture that was the auditory hallucinations and constant memories of my abuse. The essential thing to bear in mind is that my mental health was so poor that if I were to be left to my own devices; I’d have been dead a long time ago.


And this, is what makes me so grateful and thankful for the NHS.