WHY THERE IS NO PLACE FOR EXCUSES IN MENTAL HEALTH


·         attempt to lessen the blame attaching to (a fault or offense); seek to defend or justify.


So, I was watching Pretty Little Liars on Netflix and one of the characters said, “don’t make excuses for her; it’s demeaning.” And it led me to thinking a lot about instances where excuses have come up in mental health – in my mental health. I think that people in general are pretty much notorious for forever providing excuses for their behaviours, attitudes, thoughts, and feelings; no matter what they are. Positive or negative. ‘Right’ or ‘wrong.’ No matter what the situation. 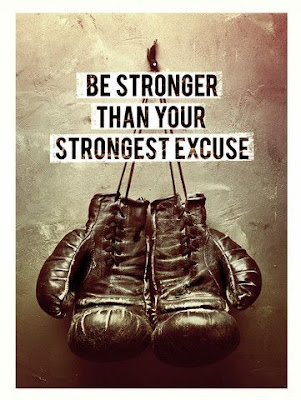 The first time I experienced a person making an excuse was when I finally began to question my abuser and actually start to wonder whether what he was doing was as normal as he said it was. His excuse? “You deserve it.” And for eight years, I believed him. It took hours of Trauma Therapy, Psychology, medication, and Dialectical Behaviour Therapy to make me realize that this actually wasn’t the case. I learnt that no one deserves to be hurt in that way. I think that – to a certain degree – his excuse was normal/expected reasonable? I may have only been young at the time, but he was a grown adult – he definitely knew that what he was doing was wrong. He just continued to do it… I think that a part of his excuse was that he was blaming me for the abuse. But the hardest part? The hardest part of his excuse was that it gave me hope. That sounds twisted, right? Like, how could I find a positive feeling from this?


During that time in my life, everything was so surreal that I honestly wondered whether the abuse was even happening! So, his excuse made it real; because you can’t excuse something that hasn’t happened! It’s kind of the opposite. To excuse his behavior meant he was acknowledging/admitting that it’d happened. And my stupid sixteen-year-old brain thought that the next natural step was an apology. I’d somehow twisted his excuse into the hope of an apology. And as strong as his denials to the Police have been, I still held onto those excuses and that hope. I think that it has only been in recent years that I have begun to accept I probably will never get that apology.


When I was at my most poorly and self-harming – sometimes four or five times a week – I found myself regularly excusing my actions to an entire range of people. People like my Mum, my friends, my family, the Police, Nurses, Doctors, Paramedics… It seemed like I owed an excuse to every person in the entire world. Because it felt like everyone else was enjoying their life and making the most of it – respecting it, even – and there I was; actively trying to end my own.


Trying to explain to people that the trauma I went through when I was younger was one of the largest influences on my self-harm was exhausting. But it was nothing compared to trying to explain how voices that only I could hear were another large reason for my self-harm. I mean, how can you possibly do these two things justice?!


But recognizing the triggers for my self-harm was just the beginning of things… now I knew them, I had to decide whether or not to tell others about them. I faced the conviction that in doing so, my trauma would become an excuse for my own actions. Naturally, I was determined to distance myself from what I’d gone through and this felt like there was no escaping it. 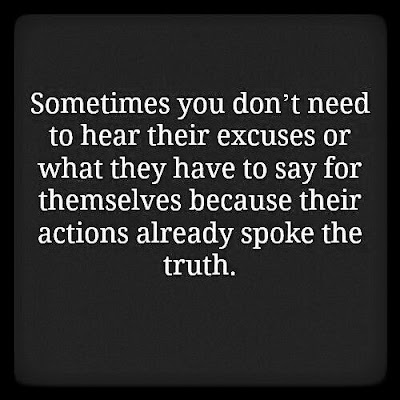 Another thing I couldn’t escape were the excuses of professionals. Their ineptitudes and mistakes were rarely apologized for and mostly given excuses for. “It was just an error in communication” was the most popular excuse. I think that the lack of apologies and acknowledgements from professionals was a huge factor in my lack of respect for them. I think that the attitude of my abuser (in that he used excuses over apologizing) has meant that I hold a great deal of respect and admiration for those who do apologize and acknowledge their wrong-doing. With the recent improvements to my local mental health services and the Police, on the rare occasion that there has been a ‘miscommunication’ I’ve received apologies and the promise that it’ll be investigated with the assurance that it wouldn’t happen to anyone else. I guess that’s the final thing I want to discuss about excuses; providing an excuse for your negative behaviours, actions, attitudes etc as opposed to providing an apology means that the person doesn’t recognize their wrong doing and might therefore, continue to repeat it.