Saturday, 31 December 2016
"Why do people ask questions that they only want a particular answer to?!"

Merry (belated) Christmas!
I hope you all had a good one!

I, did not.
It makes me sad to say that but I'm all about honesty...

ALTHOUGH! I do quickly want to make a point of saying that I love every single person who I shared my Christmas with this year: Mum, Ronnie, my Grandad, my Aunt, the cats, Ronnie's Family: Mum, Dad, Gran, Sister, Sister's Boyfriend, Brother, Sister-in-law, two Newphews, and the Dog!
AND that I am so thankful for all of my gifts this year from family (and almost family!), a top notch Fiance who reads my Wish Lists, beautiful best-friends (Lauren, Ellie - with my beautiful God-Children; and Sophie) and my thoughtful neighbours. 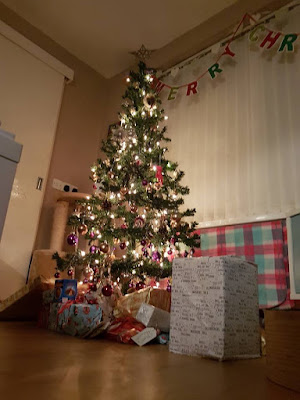 Christmas Eve
Expectation:
A lazy morning doing a bit of work and getting ready for a day of Christmas movies with Ronnie, before doing the food shop where the excitement would build as we picked up all of the little Christmassy treats...
Reality:
I slept in and woke to a call from Ronnie at 1pm telling me our local supermarket was shutting at 4pm! He, also, was running late! We then had a bit of a mix-up in being picked up to go to Morrisons and ended up stood for 20mins (by which time, we could've walked in!). I had to collect my meds first and, no surprise here, there was a mess-up at the Pharmacy and some of my tablets were missing. We then raced to Morrison's and discovered that it was actually closing a lot later than 4pm! Strangely, I'd predicted it being stressful but hadn't even considered that would be a result of it being so busy that shelves would be empty!
Expectation:
The rest of the evening/night would consist of new, Christmassy PJs, a takeaway, Horlicks, and The Santa Clause...
Reality:
Ronnie attempted to call the Chinese takeaway 20 times before we gave up and resorted to a random place on JustEat; who, of course, gave us cold fried rice, and dry Chicken balls after having us wait an hour and a half! And then came the kitchen sink. Ronnie was about to wash the mountain of dishes when we discovered it was blocked and no amount of bleach, high-powered water, or plunging was going to fix it. Of course the council refused to come fix it; with the Supervisor stating there was 'no way' he was going to 'send one of the lads out on Christmas Eve;' before quickly backtracking and adding 'or on any day!' So we were stuck with a mountain of dishes, a blocked and smelly sink, and instructions to wash dishes (including the cat's food and water bowls) in the bathroom sink. I cried, and after discovering that the new Santa mugs I had bought for Ronnie and I, had a raised bottom; making it impossible to stir a Horlicks. So we went to bed. And fell asleep before The Santa Clause was even half way through! 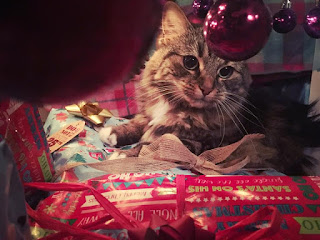 Christmas Day
Probably the least bad (is that bad English?) out of the three.
I have to admit, it started out pretty damn impressive!
How?
The sink was unblocked... something that Ronnie declared as a "Christmas Miracle!"
The brews and warm crumpets with melted butter were very helpful in motivating us to conquer the pile of dishes before gathering around the tree (like you read about in books!) to open our presents. I'm one of those people who is uncomfortable opening presents infront of people so we opened them at the same time. Except, I got too engrossed in watching Ronnie's face as he opened his, that I totally forgot about my own - as lovely as they were! I think my two favourites were a Zoella makeup bag filled with Zoella Beauty products, and the Rewind Calendar by Zoe and Joe Sugg.
We'd decided to spend Christmas Day with our own families...
I got a lot of lovely present from my Mum; with my favourites being an oversized scarf, and (surprisingly) a Zoella gift set! My Grandad surpassed all expectations my getting me a Michael Kors handbag!
Once again, Mum I had a headache from put together an impressive Christmas dinner with lots of little, sparkly silver touches to the table decoration. By the afternoon though, the stress of Christmas Eve, and was still tired from all of the crazy rushing around; so the tiny, and typical, family drama had a bigger affect on me than usual; and I ended up going up to my old bedroom (we were at my Mum's) for a two/three hour nap.
By the time I got home, after the usual buffet-style tea; I only had the energy to try and find homes for my presents. This, was made that bit harder when the handle on the enormous gift bag of presents snapped as I got out the taxi, and before I could make it up to the backdoor, the entire bottom of the bag gave out! To wrap the day up; when I eventually managed to haul my presents in (giving up literally, as soon as they were on the other side of the door), I was met by the smell of cat pee - Ronnie and I had put new bedding on for Christmas, and the old set was still sat in the hallway and Dolly, my cat, had decided to wee on it. 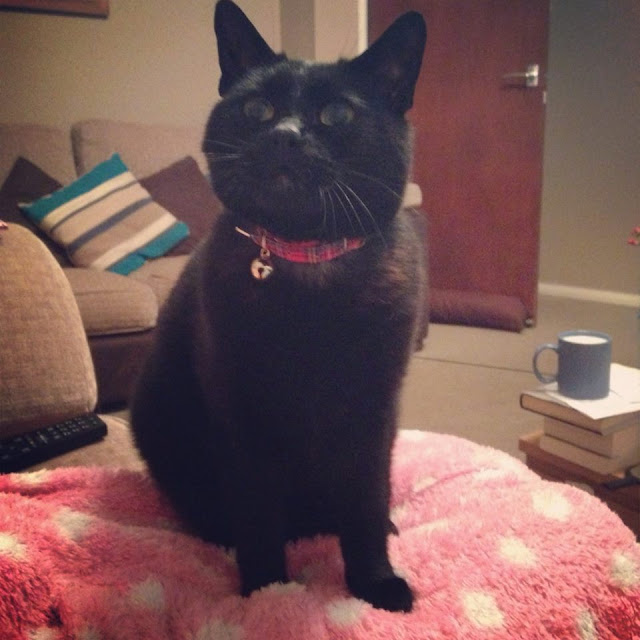