On December 18th I was lucky enough to be invited to Cats Protection Tyneside Adoption Centre again! I was originally scheduled to go for ‘Vet Day’ but unfortunately it was changed because of Christmas. This didn’t mean I was going to pass up the chance of more cat cuddles though! And of course, another excuse to chat to the incredible and inspiring staff that work and volunteer at the Centre, so I was more than chuffed when a few of them asked to feature their own cats as part of the ‘12 Cats of Christmas’ series. 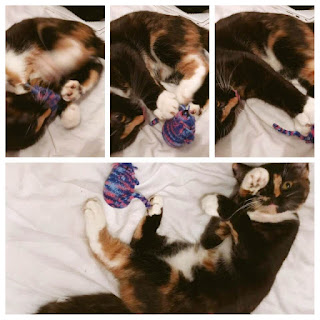 We started the visit with another trip to the little shop where Tyneside Adoption Centre sell cat toys, scratch furniture, cups, notepads… the whole shebang! I was touched when Customer Engagement Advisor Chris Jackson presented me with a little gift bag with two toys for Emmy. She got a knitted mouse and a catnip filled, soft toy sprout! When I got home, she managed to pick the mouse out of my handbag before I had the chance to put them both in her stocking!

Next, we headed to the ‘Meet and Greet’ room where cats meet prospective owners where they’re a family and it’s impractical to greet the cat in it’s enclosure. This time, Junior was in it! Another heartwarming gesture was that staff had actually put him in and set the room up like a sitting room because his mate was at the Vets and he was missing him! How thoughtful is that?! So, the room had cozy vibes with plenty of comfy surfaces and hiding areas as well as toys! At eleven years old, I was so impressed with how playful and agile he was! Often, people are put off adopting older cats for many reasons; one being that they might not get to have them for long and another being the belief that they’re less interactive and more independent. Junior definitely proved this last one wrong! 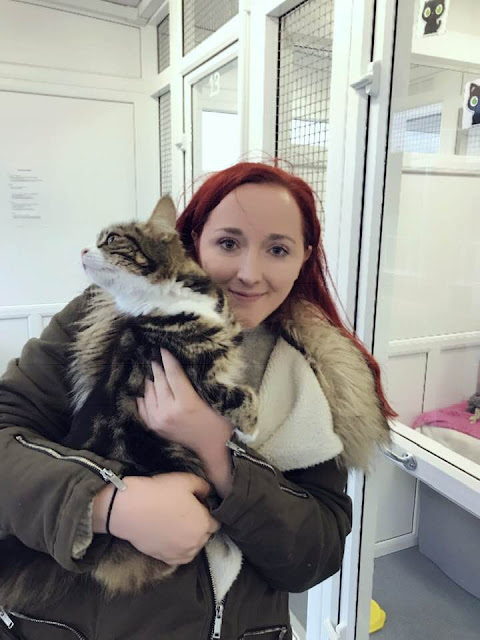 After a bit of playtime with Junior, we went to the enclosures and I met Sophie! On the way to the Centre, Chris had warned me that Minnie’s Sister was now ready to be rehomed (Minnie has been since I met her) and without even knowing, I spotted her straight away! I only asked how old the fluffy cat was and Chris laughed and told me it was Sophie! Of course, I had to go in and get some love from her! 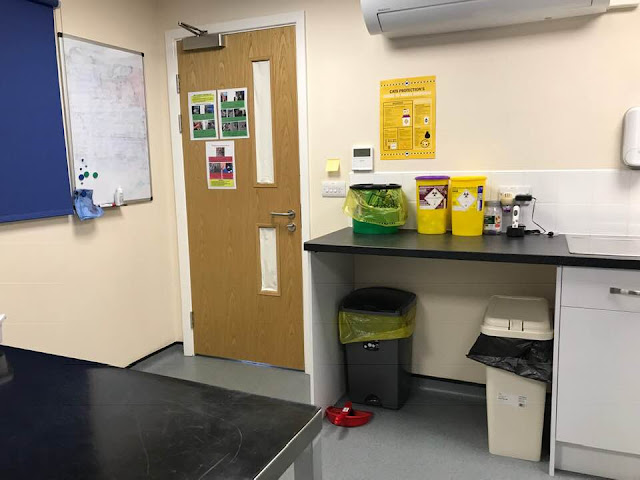 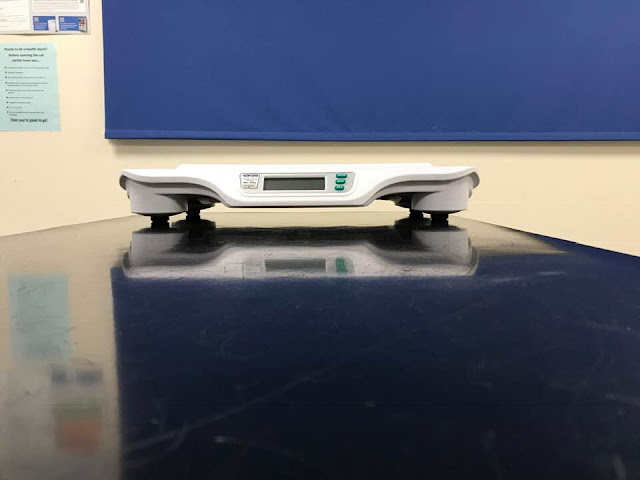 Finally, we checked out the Vet Suite where the cats and kittens receive physical examinations and treatment. Every Tuesday, a Vet from a nearby Practice comes in and examines all of the new cats (meaning they usually have their health check within five days of arriving at the Centre). They’re all given worm and flea treatment, initial injections and – if in the Centre longer than three weeks – their second, as well as being microchipped and neutered – a Cats Protection priority. 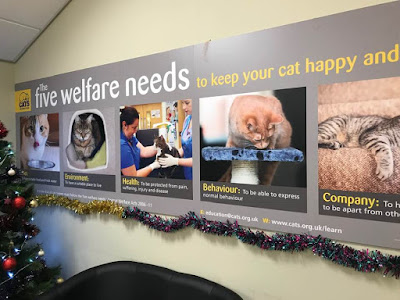 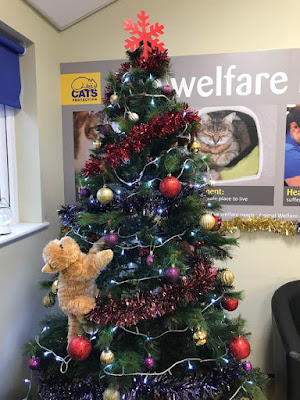 On leaving, Chris pointed out the progress in the number of adoptions they’ve had this year – almost 200! That’s nearly 200 cats and kittens living in their ‘furever’ home and just as many people having a new best-friend! Adoptions have now stopped over the Christmas period and will resume in January so as to prevent the trend of them being given as Christmas presents and with a lack of knowledge as to the commitment necessary to own a cat. However, you can still visit the Centre and are able to reserve a cat that would be ‘purrfect’ for you! (Not even sorry for the puns!) 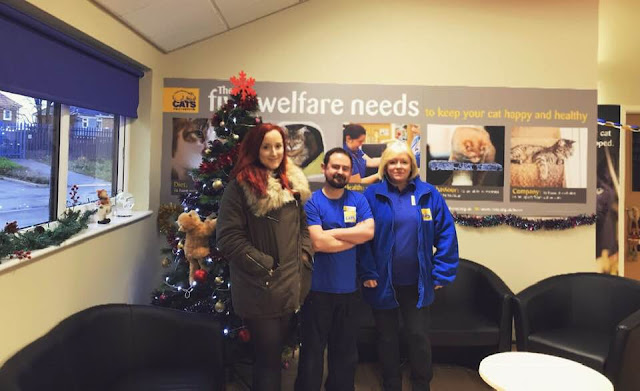