You know when there just seems to be no words that are good enough to talk about something? That’s how I feel about the Richmond Fellowship Enrich Awards! And I guess this is the reason why I’ve decided to make this event into four posts...


To be asked to join the judging panel was a huge achievement and then when I got the email asked if I would co-chair the event with Rachel (Chair of the Working Together Committee); I was speechless – except I wasn’t really because it was via email so… but you know what I mean! And then I was asked to present one of the awards and then when the Manager of the Richmond Fellowship Tyneside team offered me the reigns of their Twitter account… well! It was such an honour to be trusted with so much - and so many - responsibilities and to know that it obviously meant Richmond Fellowship believed in me and believed that I was capable of doing all these things.

Firstly, the event room was beautiful, held in London Metropolitan University, the ceiling was so high, and the ‘mood lighting’ really highlighted the architecture on it! 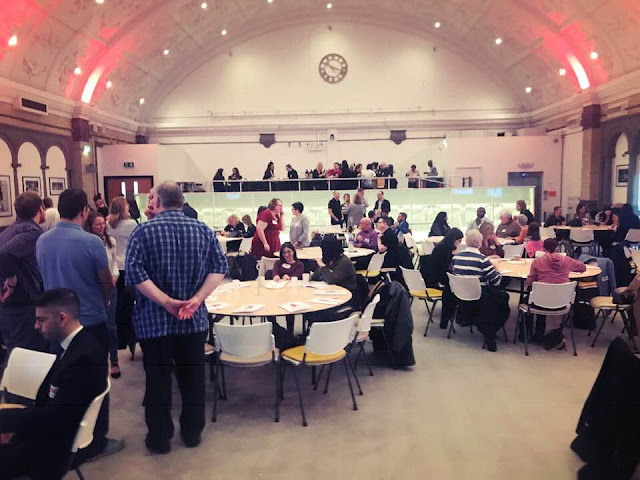 The Comms Team running the Richmond Fellowship Twitter said of the event:

‘The ENRICH Awards are a perfect opportunity for staff, volunteers and people we support from across the country to meet up. Having such a geographically large organization can make teams feel very separated – but we’re all working towards the same goal; making recovery reality.’

Before we had even kicked off the day, after only being there for ten minutes, Chief Executive Derek said he’d already had ‘so many people we support have come up to me to say thank you for all the work our teams do – Wiltshire, Derby, Newcastle. It’s a reminder of why we’re here, why we do what we do, and why it’s important.’ Of the Awards, he also said that he had been on the judging panel and felt ‘it was the hardest job’ he’d had for a ‘long, long time.’ He described being ‘incredibly moved by the nominations’ and said that it ‘really was an incredibly hard task (we’d had over 130 nominations) to choose the winners of the awards today.’ 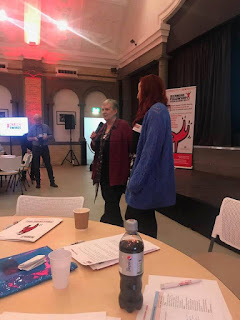 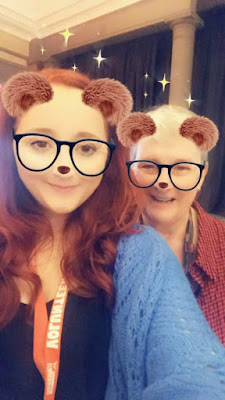 To begin, my Co-Chair (Rachel, Non-Executive Director and Chair of the Working Together Committee) and I ran through the general introductions and housekeeping (fire exits, toilet locations, and the agenda) before introducing Richmond Fellowship Chief Executive, Derek to the stage to make his welcome speech. He talked about how busy his week had been with meetings with commissioners and external agencies but said that ‘it’s all really about the people we support and how they make their own recovery.’ Derek also mentioned that this year, Richmond Fellowship turns 60 and talked about his wonder as to whether the people who had been involved in the beginning would have imagine where the organization would be in 2019.

I then introduced Nathan, an ex-Service User, and Jacqui, Participation Development Officer for Recovery Focus who were presenting the Volunteer Recognition Award and Excellence in Inclusion Award. The criteria for the Volunteer Recognition was for an individual who had demonstrated dedication and commitment and have produced excellent work in support Richmond Fellowship’s services. The shortlist was Elizabeth, a Recovery Workshop Assistant with the Wiltshire Recovery and Social Inclusion Team, Miriam, a Funding and Development Volunteer for the Domestic Violence Intervention Project (DVIP) and Ste, a member of both the Working Together Committee and the judging panel. We had such a difficult time choosing one winner that in the end, the judging panel agreed on two winners! Our first, was Miriam who has been volunteering with DVIP since November 2017 and has been an ‘integral’ part of a number of DVIP’s key projects. Our second winner was Ste who was an Aquarius Service User in 2015 before becoming a Peer Support Worker and joining the Working Together Committee.


The second Award that Nathan and Jacqui presented was the Excellence in Inclusion Award, where the criteria was that a team or project demonstrate the most inclusive approach to their work with a diverse community and to have gone above and beyond to tackle the stigma and discrimination affecting the people they support. Our shortlist was Leicestershire Life Links, Suffolk Recovery, and The Old Moat. The winner was Leicestershire Life Links who represent one of the most diverse communities in the UK and yet ensure that inclusion is at the heart of everything they do.


And then it was time for a lengthy break since we were massively running ahead of schedule!