DEAR SERVICES, DO YOU KNOW THE POWER OF YOUR WORDS? | "DO YOU KNOW WHAT FEIGNED MEANS?" 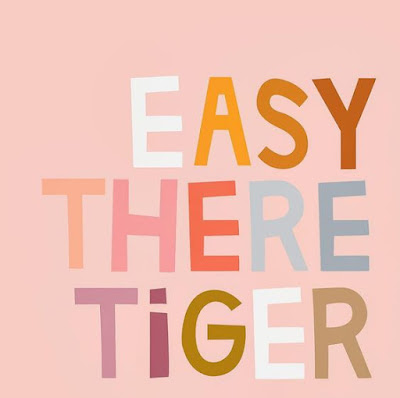 Can’t you forgive me?


I know that this is my fault


I should have been more careful


These last two weeks have been so chaotic that I’m completely lost as to what has happened when because I’ve self-harmed so many times but on each of my hospitalizations (I think I’m on about four now) something has happened to inspire this post.


On one of my hospital stays everything had been going well – I was telling staff when I was struggling, co-operating with the treatment for the overdose I’d taken, and keeping myself safe whilst I was in the Hospital. Then a Nurse – who I’ve met and had a similar dealing with before – made a comment about me ‘wasting a bed’ because she said that it was my own fault I was there. This comment – her words and attitude – saw me refusing the final blood tests and discharging myself. On my way out, I considered not telling the Sister and Doctor what she had said because I was a bit ashamed to admit that I’d let her comment get to me and a part of me always thinks ‘if you’re going to be open and honest about your mental health then you have to expect at least one response like that.’ Of course, it shouldn’t be that way; but the reality of mental health is that there are still people who hold that stigma and prejudice against those who are battling against it. I think that there’ll have to be a time when we recognize that no matter how many people - and how many followers they have – join the fight, we most likely can’t change the world.

After another hospital admission for an overdose (which I wrote about here), I received a discharge letter from the Doctor and – being very well versed in letters from professionals I had an automatic reluctance to read it. After what had happened whilst I was a patient with the hallucinations and being deemed to not have capacity meant that I was anxious as to how it would have all been phrased and worded by the Doctors and Nurses. Then I started to think about the upcoming meeting with my Psychiatrist to discuss my medication, I thought that maybe I should read the letter in case it said anything that would help my stance that my medication needs to be increased. Big mistake. The part which stood out the most was: ‘? genuine hallucination’! And it’s like I told the Psychiatric Liaison Team at the Royal Victoria Infirmary that I understand there’s a difference between hallucinations from Schizophrenia and hallucinations from a Personality Disorder but that doesn’t make them any more or less genuine and real to the person experiencing them!


I was really lucky in that I was believed by everyone that mattered (family, friends, and the Police) when I reported the abuse and rape I’d gone through. I say ‘lucky’ because I know that a massive reason for survivors not reporting their trauma is the fear that they won’t be believed or taken seriously and that the perpetrator won’t be punished or even found guilty. Being believed, though, alleviated the upset when CPS decided not to prosecute after his arrest (apparently because there wasn’t enough evidence) but it’s also meant that I gained a level of confidence in professionals. I was used to the idea that people would listen to me, believe in me, and trust that my word was honest and reliable. Instead, though, I found that this was limited; their trust was conditional and – as time went on – they began to doubt me when I talked about the auditory and visual hallucinations. It was as though they ruled out Schizophrenia and Psychosis and no longer cared that there was something – or someone – inside me telling me all of these hateful things and causing me to rather be dead than listen to them for one more second!


I had a Consultant Psychiatrist (who – as he repeatedly told me - had been one for ten years!) come see me after completing the antidote treatment for an overdose and he told me that there’d been an assessment from a Psychologist stating that I was ‘feigning’ the hallucinations. I asked who the Psychologist had been and he ‘couldn’t remember’ so I asked him when the assessment had been, and he told me 2009! I asked if he realized how much had changed and how much had happened in the last ten years and he said he ‘knew it all’ because he’d read my notes… He made so many more hateful comments that ranged from accusing me of saying things to purposely make people question my capacity, to saying that I thought myself special when I told him I’d be putting a complaint in about him and the things which – he said – he says to ‘all’ of his patients. I told him that with regards to his views on capacity, I thought it odd that every single professional who has ever witnessed me hallucinate has – in that moment – judged me to not have capacity and either used the Mental Capacity Act on me or sectioned me under the Mental Health Act! So, for this Psychiatrist and my Community one to come along and make these statements when neither of them has ever witnessed me hallucinate, is – in all honesty – baffling! And to his point about how he adopts this view of promoting capacity with all of his patients; I said that it worried me to think that he didn’t individualize care and treat each service user as a separate person with their own, different, needs.


I’d like to finish this post on a positive note with the story of my most recent admission to Ward 12 at Northumbria Specialist Emergency Care Hospital (NSECH). There was one point when I was ready to throw the towel in and go home without completing the antidote treatment to an overdose until a Doctor came along and told me that she knew people who hear voices and knew how hard it was to tell what is reality and what is an hallucination, how sometimes the voices are so loud you can’t hear your own voice, and how hard it is to experience genuine feelings when you’re so worried that everything you are feeling actually belongs to the voices. I couldn’t stop crying - she’d completely and utterly hit the nail on the head! And it was so reassuring and refreshing to have a – even if it was just one(!) - professional have some grasp on how I feel and what I’m experiencing at a time when it feels as though no one else does.


But in the end, it wasn’t just the one professional; I also had a Nurse and a Sister sit with me for a few hours after self-harming in the bathroom and they were both absolutely fantastic at supporting me without being condescending or patronizing. The Sister talked about her friend who struggled with mental health problems and told me that she understood it can be so hard to rationalize things when you’re hallucinating. I explained that as hard as I campaign against the stigma of mental health, I do get embarrassed to talk about the voices, visual hallucinations, and delusional thoughts that I experience because I know that they sound so far-fetched that I can half-understand how professionals can find my descriptions of them all unbelievable! But it’s as a Healthcare Assistant and two Nurses said; who would go to the extremes of the things I’ve done if they were lying? And I agree, firstly; I’m a terrible liar! And secondly, if you were lying and people didn’t believe you then wouldn’t you just give up the charade? Like, why would you let things escalate? Why would you jeopardize your life for a lie?! I think that the thing that makes me so defensive and passionate about this is panic. I’m honestly terrified that if professionals and mental health services adopt the approach that it’s all fake, then how will I ever get help or the right treatment for it? How will I ever get better?