FOUR WAYS TO COPE WHEN THE PROFESSIONALS DON’T BELIEVE YOU 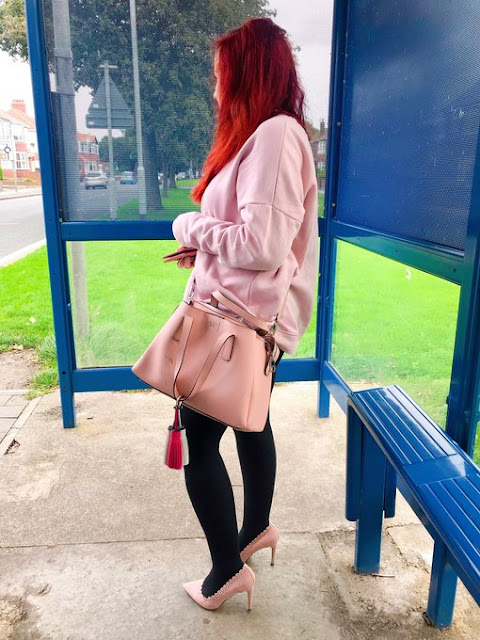 I wrote a post recently about the power of words; which was inspired by the recent battle I’ve had with two Psychiatrists who have accused me of ‘feigning’ the hallucinations I experience. When I was talking to my Mum about it, she told me to remember that the most important people believe me and not to let what was said deter me from talking when I struggle. I told her that I wouldn’t let it; and that instead, I’d use it as inspiration for a blog post to try and ensure that others don’t let similar attitudes and comments impact them in the hugely negative and detrimental way that they have the potential to.


Mental health will likely always be surrounded by stigma but even if one day it is not, people who speak up and talk openly about their mental health problems will always be brave and courageous. This makes it so important and essential that when someone comes forward about their struggles they are met with a positive, supportive, and empathetic response. To be accused of lying or ‘making up’ their experiences can be incredibly debilitating and promote the idea that services aren’t the source of support that they should be. This can leave you feeling alone, and you might find yourself desperately searching for coping strategies to deal with the professionals’ disbelief. I hope that this post can help people avoid resorting to negative, unsafe coping mechanisms…

1.    Remind yourself of all the people who do believe you

This is one of those tips that’s easier said than done but it is possible. I’m very lucky to have the most important people believe my experiences of hallucinations e.g. my Mum, family, friends, my Community Psychiatric Nurse (CPN) and the Police. Having this means that I do get support from those who are best placed to provide it but that doesn’t detract from the upset that is caused when the odd professional doesn’t believe me. In fact, it probably makes it worse because it means that I’m not used to having the genuineness of my experiences questioned. However, when it is doubted, at least I can remind myself of these people and be able to turn to them when I need to talk about the thing that I’m being doubted for e.g. the hallucinations. I think I’ve also been lucky in that I’ve always been believed about the abuse and I do think that if I had to have one experience doubted then I’d probably rather it be the hallucinations than the abuse. That isn’t because I think that one is more serious or scary than the other; just that it means more to me that the cause of my mental health problems is believed because if it wasn’t then the motivation behind my self-harm and suicide attempts would definitely be questioned as to whether it was attention-seeking.


2.    Think of all the reasons why you wouldn’t lie & confront the person with these

I’m one of those people who it notorious at coming away from a conversation and thinking ‘oh God; I wish I’d said that!’ or ‘why didn’t I think of that?!’ so I find this one really hard! At the recent run-in with a Psychiatrist, I found that I actually managed to say everything because I’d been thinking about it all since my Community Psychiatrist made a similar accusation of me faking my hallucinations. When he made a comment about me purposely saying particular things to cause people anxiety and panic, I told him that I don’t do these things for attention. I do enjoy attention but a positive one - not the one I get when I take an overdose or self-harm! He also said that he believed I view Hospital as a safe place and that is why I frequent there so many times and I managed to say my come-back that Hospital is meant to be a safe place and that this should be true for everyone; whether they’re attending for a sprained ankle or have attempted suicide! When the Psychiatrist went on to say that my hallucinations were ‘feigned’ I thought to say that I find it strange that everyone who has ever seen me hallucinate would say it was genuine and have said that I don’t have capacity when it happens.

These are two of my favourite Dialectical Behaviour Therapy (DBT) skills that I’ve learnt! It took me a long time to learn self-soothe because I’d spent years believing that I didn’t deserve good things in life; I didn’t deserve to be happy; I didn’t deserve to be lucky; I didn’t deserve to win at anything. So, to do something nice for myself was challenging but finding out that it could be simple things like washing my hair, doing my makeup or putting on cozy clothes, really helped me to utilize the coping mechanism. In terms of using it when you aren’t being believed, I think it can be helpful to serve as a reminder that you aren’t the lying, attention seeker some professionals might be making you out to be because you do deserve nice things and to feel good about yourself. I also became a huge fan of distract and regularly use it when I’m struggling with intense thoughts and feelings because it helps me to resist responding to them by self-harming. Instead, it provides the opportunity to allow time for the thoughts to pass and this is why it can be helpful when you’re faced with the challenge of having the authenticity of your experiences questioned. Distraction gives you the chance to take your mind off any unsafe and unhealthy coping skills you might be tempted to use in response to the situation.


4.    Do what you can to prevent it happening to someone else

By this, I typically mean putting in a complaint against the professional. I recognize that having the amount of readers I’m NOT Disordered has (over half a million) and with the extensive reach it has across the world, there will be no common complaints procedure for every reader but I do know that no matter where you are in the world, you are always entitled to find out what your complaints procedure is and learn how to use it. A huge motivation for me in everything I do is to help avoid others from having the negative experiences that I have; and whilst I understand that sometimes you have to go through hardships in life to make you stronger, and that there are some things that you have to learn for yourself, I also believe that if you can help others then you should. This was a huge motivator in me reporting the abuse I went through because I couldn’t live with myself knowing that I hadn’t done everything in my power to protect others and to prevent him from doing it again. It also helps me in being so honest and open on I’m NOT Disordered because I want to promote the healthy coping skills that have taken me ten years to learn in the hope that others will find these helpful and can try using them before resorting to the unsafe coping mechanisms that I used.