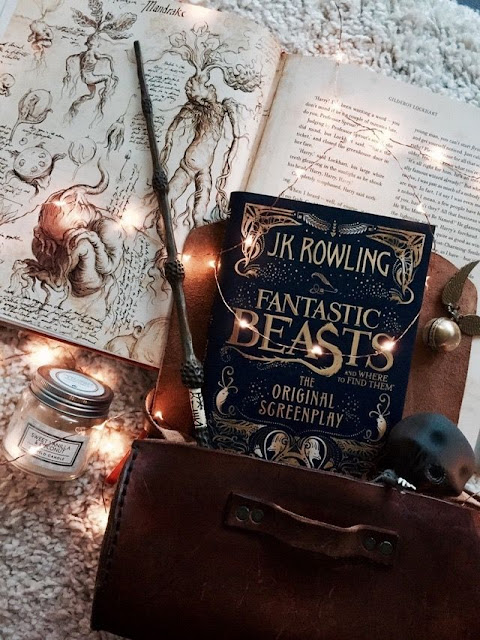 I remember first discovering HarryPotter when the first movie, Harry Potter and the Philosopher’s Stone was released in the cinema and I wasn’t totally hooked. I don’t know what convinced me to pick up the book and become so attached to the characters and so obsessed with the storyline that I read all seven books and watched all eight movies. I think I most enjoyed the level of escapism it brought me, leaving this challenging and upsetting world for one that was so far removed from reality and yet so realistic, allowed for the opportunity to forget – even just for the length of one page – my own difficulties.


I didn’t bother with any of the spin-off books and didn’t watch Fantastic Beasts and Where To Find Them until Christmas 2018! I actually watched the Crimes of Grindelwald (the second in the Fantastic Beasts series) first with my friend and when I didn’t have the same dramatic reactions as she had it became apparent that I really needed to watch the first to understand the importance of the second a bit better! I then bought the Crimes of Grindelwald screenplay and that really helped my understanding so much so that I bought the movie and watched it numerous times. It was on one of these most recent times that I thought maybe I could share with you all some quotes from it that – even taken out of context - are relevant to mental health… 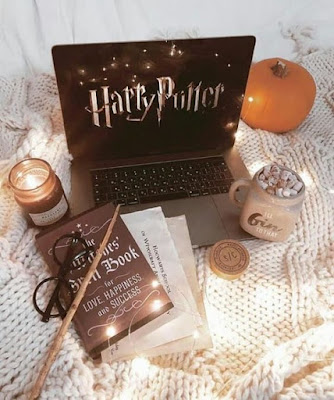 So, I had a Police Officer make a comment recently… They had detained me under the Mental Capacity Act and let me go to the toilet, but the hallucinations were bad and out of sheer frustration I hit my head off the floor. When we went back to the room in A&E one of the officers said “you’re never going to the toilet again. You can sit in your own shit for all I care.” Yes, I’ve made a complaint against him and his supervisors have agreed it was a disgusting comment to make but they, my Mum, and my support worker have all said, ‘how would he like it if it were the other way around?’ I mean, if he found out his daughter had been spoke to in that way, would he think it acceptable?! And that’s what has inspired this point; can you really gain a thorough understanding of poor mental health without experiencing it? I’d say no but I’d also say that this is no excuse to be rude, stigmatizing, discriminatory, patronizing, or demeaning. But what if you gain the experience and it still doesn’t change your attitude? I guess that is what this quote is saying; it seems better to be completely ignorant about something than to have some understanding but for it not to be beneficial in anyway. I used to hold a similar attitude towards the Crisis Team when people would tell me to ring them before self-harming and I’d say ‘what if I ring them, pour my heart out, and it not make a difference?!’ I’ve now adopted the thought process that at least I’d be able to say that I’d tried to get help and maybe it should be the same with understanding and ignorance? That at least someone has tried to understand and whilst it might not be perfect, it’s far better than being ignorant!


2.      “People change after a while, and they’re no longer who you once knew”
Coping with change is a widely known difficulty for people with Borderline Personality Disorder (BPD). I think that it’s one ‘symptom’ that’s common to everyone; whether they have BPD or not! It’s just that those with the Disorder maybe cope with it in a very intense, unhealthy, and unsafe way. I think that the abuse was my biggest lesson in discovering that people change; the person who hurt me had been supportive and helpful during a difficult time in my life before he started abusing me. Professionals have labelled it grooming but, in my head, he had changed. He had gone from being one thing to meaning something completely different. And whilst professionals seemed to easily connect the dots from the abuse to the hallucinations to the suicide attempts and self-harm, when I first started hallucinating, it was a complete surprise to me! The irony was, I struggled to cope with change and yet my mental health seemed to constantly – and quickly – change! I couldn’t predict my thoughts and feelings from one minute to another. I could go from feeling whole-heartedly suicidal in the morning and by the afternoon I was making plans for my future and feeling excited at the prospect of it! One of my biggest difficulties is being treat by professionals as though I’m the same person as when they last saw me… this is especially hard when the last time they saw me I was in a mental health crisis because in those situations, I’m a completely different person. Learning this about myself has helped me with my friendships too because it’s taught me that it’s natural and understandable for my best-friends to change and that it doesn’t mean we have drift away from one another. If anything, it now brings us closer together because it’s an absolute honour to get to watch my best-friends grow in life.


3.      “Who does this law protect? Us… or them?”
I chose this quote because I thought I could fit in two aspects of mental health into this; the mental health laws and the us vs them debate between Service Users and professionals. I’ve recently heard the phrase ‘duty of care’ and ‘you don’t have capacity’ so many times that it has given me the impression that the Police and other professionals use it automatically and as though it has no real meaning. As though it was just a sentence they were taught in training and given a quota for the amount of times they have to use it per shift! But the Mental Health Act and the Mental Capacity Act make a great deal of difference to my life and whilst they’re a part of a professional’s job that can be left at work, it isn’t that way for me and other Service Users. Mental health isn’t nine ‘til five and it doesn’t last for a twelve-hour shift! This difference is probably the catalyst for all of the thoughts around it being Service Users vs professionals. In mental health, it can often feel like you’re at war with professionals and are on opposing sides. There were times when I felt that I had to fight against professionals to defend my actions and behaviours, especially when they used to be referred to as attention-seeking. There are also times when I’m determined to kill myself and believe that it’s the best solution to things but professionals – for obvious reasons – disagree, and I see them as punishing me by saving me and keeping me in this difficult life. Feeling suicidal is probably the loneliest feeling you can experience because you should never come across someone who agrees with you; someone who also thinks you’d be better off dead. And when all you want to do is end the pain and suffering, being kept safe through restraint and sedation feels like you’re up against the professionals and aren’t working together with the same goal. 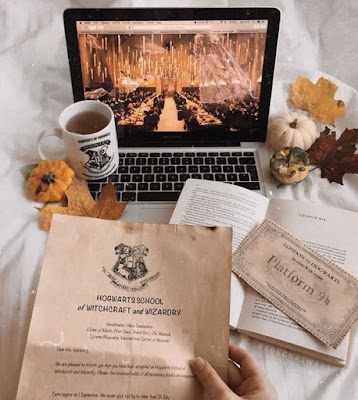 4.      “I refuse to bow down any longer”
This quote is one where it has a completely different meaning depending on how I’m feeling when I hear it. If I’m mentally unwell then I view this as refusing to bow down to the treatment and medications that professionals offer me. I’d use it as drive to self-harm; as though by making it seem that I was in a battle with the mental health staff, and self-harming would be my way of winning. This is my logic when I’m poorly. When I’m feeling well, I’d see this quote as motivation to not let the person who abused me have such power over me and my life. To not let him ‘win.’ This is a phrase that a lot of people use with me and I understand what they mean by it, but sometimes I worry that it makes it sound like this entire thing is a game. And it so obviously isn’t. But the general sentiment behind it and the idea that he’s the one getting promotions at work and I’m the one spending half of my life in A&E, definitely doesn’t get lost on me. I recognize that it’s unfair that I’m the one who’s suffering when I – and it took me a long time to learn this – didn’t do anything wrong. And perhaps something that these well-meaning people are trying to get it is that for as long as I continue to self-harm or attempt suicide, I remain his victim.


5.      “I think there’s more to you than meets the eye”
I think it is generally accepted in society that most people make a judgement on someone new straight away – we judge books by their covers. With mental health being a so-called ‘invisible illness’ it means we really shouldn’t make assumptions on someone at first appearance because you have no idea what’s going on behind closed doors. One good thing about being in a psychiatric hospital for so long (two and a half years) meant that professionals could see me 24/7. You see, I’ve always had the belief that professionals only see one half of things; the half where you’re really struggling or when you self-harm. The don’t know about all the times when you were having a tough time but managed to get through it safely because they often assume that any day that you don’t come to their attention, is a good day.