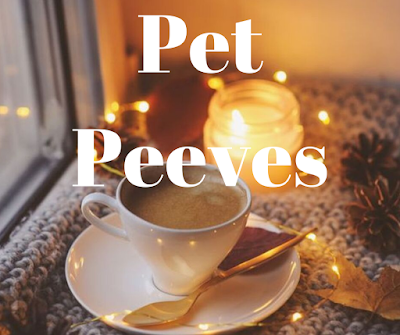 This is going to be one of the very few posts where I actually have to be really careful with how I phrase things because it’s about the abuse.


You don’t have to read many of my blog posts to realize that I’m a very honest and open person so to have to regulate what I say and watch how much detail I give is very challenging! The most frustrating thing is that even saying the bare bones of things - that the abuse happened while I was at High School – everyone who knew me during that time of my life will easily guess who it was that hurt me. You see, my abuser and I also had a public relationship – interactions that others witnessed – and it was to the extreme that when others who were closely involved in that time of my life were interviewed by Police, they all said that they thought something had been going on between us! I mean, I’d like to think that if I were ever in a situation where I had suspicions like that, I would bloody well do something about it! As infuriating as it is for me to think that if just one of those people had spoken up maybe a lot of what has happened, wouldn’t have; I try to keep in mind that those people have to live with the knowledge that they could have stopped it. But instead, everyone – especially me - kept quiet; and I was left with the Crown Prosecution Service (CPS) refusing to prosecute him after his arrest because they worried there wasn’t enough evidence! Of course, this was a frustrating response – for the Police too as they explained that they believed me but that their hands were tied – and it has left me having to constantly remind myself that at least I have done all that I can to protect others and prevent him doing it again to someone else.


It was this reminder that has helped me to cope when I recently discovered that someone I know, appreciate, and respect, is going to end up – through no fault, or choice, of her own - having interactions with my abuser. She reassured me that I would never come up in any conversation but that isn’t what’s bothering me. The difficulty with this is that the situation they’ll be in isn’t one that will enable him to abuse her; my upset and fear is purely at the fact that she’ll meet him and be in his company. I’ve struggled with the notion that she’ll be ‘tainted’ now. As though part of his evil will leave a trace on her – not that it will turn her evil but that it will at least bruise her. Change her. In the way that a newborn baby kind of has a fresh start but once they are hurt or lied to, it changes them. It never goes away. It makes an impact on them that has the potential to change their life. To shape their life. To become their life.


Needless to say, when I got the news this person would be interacting with my abuser, I panicked and – for the first time in a long time - began having flashbacks. Flashbacks so vivid that I physically felt as though I’d been raped again; I mean, I was ready to go to Hospital for the pain! That’s how real and terrifying it was. And when I contemplated self-harming to try and relieve all of the pent-up frustration and anger, I was reminded of something that so many people have said to me: ‘don’t let him win.’ In all honesty, hearing that has become a bit of a pet peeve. It’s one of those things where I understand where people are coming from and that they obviously mean well by it and are trying to motivate me into resisting those urges to self-harm or attempt suicide. But you know when something’s been said to you so many times that it begins to change its meaning? I think that’s what’s going on; it also depends how I’m feeling and the way my thought processes are working when it is said to me. Sometimes I do take it as motivation to stay safe, and other times I find it infuriating because I worry that people think it’s that easy. That if I can just say that to myself maybe I’ll stay safe. A massive thing I do want to take from this though, is that at least the statement recognizes that he does actually have the power to ‘win.’ But another way I look on it is that if I am to self-harm or attempt suicide, then does that make me the ‘loser’? If I succeeded in taking my own life, I’d hate to think of people believing that it meant my abuser had won. Instead, I’d want people to believe that at least I was at peace and out of pain.


A motivation that does work for me though, is not to think of it as being all about my safety; but more of a concentration on success. I mean, there he is with his promotion, sitting at his desk, being paid, probably still with his wife and children and here I am; passed all of my school exams, in my own home with my two beautiful pets, and being offered some amazing opportunities from the success of my blog! My wanting to focus on success has opened me up to another, new, pet peeve though; people saying: ‘look at how far you’ve come!’ Again, I understand the intention behind it is to motivate me into concentrating on the positive things in my life, but it worries me too because I’m scared that professionals are saying that and not taking my current risk seriously. As though maybe they’re looking at these recent crises and thinking ‘well she was worse a few years ago.’ I – very bravely – raised this concern with my Psychiatrist and the Crisis Team and both said not to think that for one minute because they are all extremely concerned about me and reading in my Psychiatrist’s latest letter that I’m at ‘high risk of death by suicide’ shows this. And it’s not that I want people to be concerned about me. I just want my struggle to be recognized and not demeaned or patronized. I think that it’s something I’m really only just coming to terms with; that mental health is an absolute minefield; like, you could never not upset everyone! There’s bound to be at least one person offended or triggered by something you say but I think there’s a big difference between being politically correct and non-stigmatizing and tiptoeing around something.


For a few days, I thought that I’d coped really well with the news but then it seemed to hit me; just how far out of my control the entire situation is. And yes, I’m a control freak! I know that’s quite a common – and probably understandable – characteristic for abuse survivors to exhibit. In fact, a huge thought process behind my self-harm during the abuse was the belief that no one but me should have the right, power, and control to hurt my body. So, when an issue with control comes up in my life these days and even if it is associated with a really random issue; I will always refer back to how challenging it was through the abuse. And this is what makes the issue of control an upsetting trigger for me and that’s when I revert back to old coping mechanisms like self-harm.