BEHIND THE SCENES: CHRISTMAS ON A PSYCHIATRIC WARD 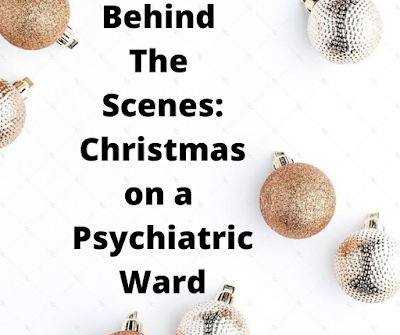 Even with the startling statistic that one in four people in the UK will experience mental ill health at some point in their lives, the chance that someone will be in a psychiatric hospital at Christmas, is minimal and I’d like to think that my blog is largely about providing insight into aspects of mental health that lots of people might not really comprehend. I hope that in doing so, it will help people to be a lot more understanding for those of us who do have these experiences. So, I thought it might be interesting to give readers an insight into what it’s actually like to spend Christmastime in a psychiatric hospital…


For new readers and to give a bit of background…


Two years after being abused from 2006 until 2007, I began hallucinating and within ten days I became suicidal and took an overdose. I was sectioned under the Mental Health Act and spent the following three years in and out of hospitals – both medical and psychiatric. Finally, a Psychiatrist recommended that I be admitted to a long-term, specialist hospital and I began undergoing assessments with some such hospitals. The first two hospitals weren’t secure and wouldn’t accept my flight risk but when I heard that the third operated on timetabled day with intensive therapy, I refused to go. Then, in July 2012, I attempted suicide again and refused to have the lifesaving antidote to the overdose I’d taken so I was detained under the Mental Capacity Act and sedated to be put on life support for the duration of the treatment. When I woke up, the first thing I was told was that I’d be going to the psychiatric hospital I’d refused to go to, over 100 miles from home. 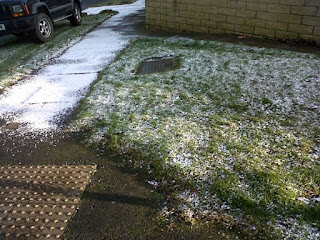 When I was sectioned under the Mental Health Act (1983) within twenty-four hours of being in the hospital, I realized that there was little chance of me being discharged before Christmas. Then, in November 2012, when I was recovering from an overdose I’d taken after going AWOL, I realized that there was equally as little chance of me managing to kill myself before Christmas too. So, I began preparing for my first Christmas away from home.


I think that Christmas is all about being with your loved ones and this is probably something a lot of people take for granted because being under section 3 of the Mental Health Act meant that any leave from the ward had to be prescribed by your Consultant Psychiatrist who you only saw in irregular Ward Rounds. Then, even when your leave was written up on the section 17 forms, that didn’t mean you were always entitled to it when it came to utilize it. If staff believed you were struggling or unsafe, or if there wasn’t enough staff to accompany you (where the leave had to be escorted) then you could end up staying on the ward. 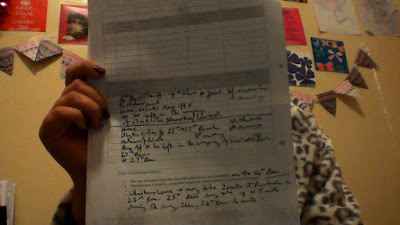 At Christmas, there was also an extra factor in play where leave was concerned. For those who requested to go home, the staff wouldn’t provide transport between December 23rd and the 27th. This meant that you either had to spend Christmas in hospital or, be well enough to be at home for the entire four days! So, as you can imagine although the staff were determined to convince us that they did all they could to get people home, the majority of us remained on the ward for Christmas. If you’re one of those people who always looks for a silver lining in everything, I guess you could say that this was good because at least we still had company; but a bunch of girls being kept in hospital against their will and away from their families at Christmas made for some - understandably - very miserable company! 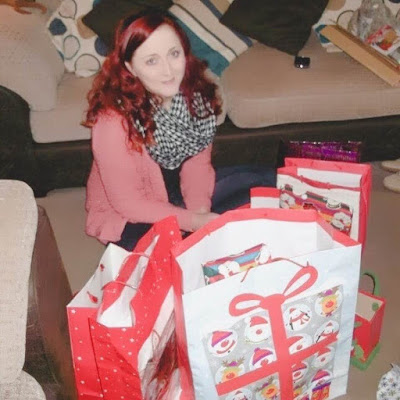 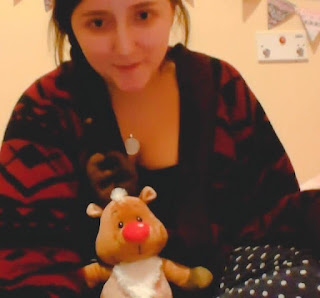 The ward was especially for girls with Borderline Personality Disorder (BPD) and a ‘symptom’ of that diagnosis is unstable relationships, so I realized quite early on that I’d have to decide whether to buy a present for everyone or nothing for anyone. Buying a present for the girls I was closest to was out of the question because that would put everyone on an uneven and unequal keel and would probably spark friction and drama (something that was already rife on the ward!). 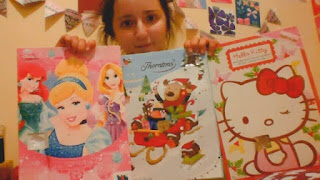 So that first Christmas I bought small gifts for everyone and had to do all my shopping online because the AWOL episode and overdose had meant that I’d lost staff’s trust in allowing me to go off the ward by myself. So, Amazon was an absolute lifesaver!


By my second Christmas on the ward, in 2013, I had built a really strong relationship with one of the girls on the ward and we decided to buy presents for everyone together. This meant less stress and less money because we were each only buying for half of the ward!


When I was allowed a trip to the local town center to do some Christmas shopping it had to be with two staff escorting me and whilst I appreciated the time off the ward, having staff there the entire time made me self-conscious and I couldn’t properly enjoy the experience. 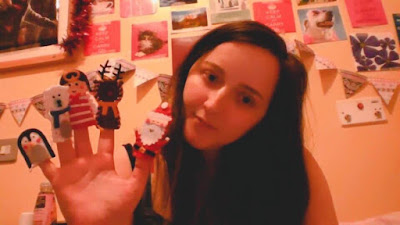 Being unable to leave the ward very much both years also meant that I became very creative and actually hand-made a few presents for people. Doing this, taught me that putting personal effort into the gift makes it more meaningful and special to the person receiving it. Plus, it ended up being a very productive way to spend my time!


The two festive activities that had the biggest change with being in Hospital was alcohol and putting up/decorating a Christmas tree! Yes, both very different!


After I was abused, I used alcohol as a coping mechanism (even though I was underage) to try and block out or forget the memories of the abuse. When my friends ended up in a fight with another group, I stopped drinking and when my mental health problems began, I realized that alcohol had a negative impact on them. It was that thing about ‘Dutch courage’ in that alcohol gave me the ‘guts’ to engage in dangerous and unsafe behaviours like self-harming or running away.


When I finally had my most well period (before the long-term hospitalization) in 2011, I began going on nights out with friends and finally saw alcohol as a way to enjoy myself and not to mask my difficulties. Although, now I’m in recovery, I realize that you don’t need alcohol to have fun with friends, but the way society is these days… I do think that alcohol has become a bit of a ‘norm’ and that those who don’t drink are viewed as different. 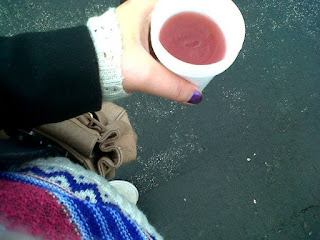 Being in the psychiatric hospital, I was put on anti-depressants, a mood stabilizer, and an anti-psychotic so that, coupled with the already present safety risks, meant that whilst sectioned, all alcohol had to be written up/prescribed by your psychiatrist. They dictate the amount of units you can have and when you can have them (although a lot of the girls breached these instructions!). I think that a lot of people have a drink at Christmas; even if it’s just Bucks Fizz(!) and you don’t really appreciate the freedom to do that until the decision is taken away from you. It was for these reasons, that the Occupational Therapy department made non-alcohol mulled wine for Christmas!


The other festive activity that really changed was putting up a Christmas tree.


One of my best-friends, came to visit me in hospital and bought me a bright pink Christmas tree but it had lights built in – glass lights – so I wasn’t allowed it! We couldn’t have any glass baubles for the risk of someone smashing them and using them as sharps; nor any garlands/tinsel/bunting because of the ligature risk with them.


I remember on Christmas Eve 2012 – my first Christmas in hospital - and most of us girls were sat up in the communal sitting room watching The Inbetweeners with the lights off so that the staff wouldn’t realize anyone was still awake past ‘bedtime.’ When the Psychiatric Nurse finally twigged on that we were all still awake, we just shouted ‘Merry Christmas’ at him; because by that point, it was past midnight and he let us all stay up for another half an hour! 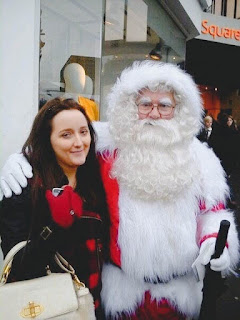 I’d definitely say that the staff did all that they could to make the holiday enjoyable for those who were stuck in the hospital for it. They were sensitive to the fact that we weren’t with our families when we wanted to be and were apologetic that there was a lot about Christmas that had to be done differently because we were in a psychiatric hospital. Spending a Christmas like that made me so much more grateful for the 2013 Christmas when I was allowed home for four days and when I was discharged and in my own home in 2014, I really made the most of it!

This year, I’m going bigger and better than ever with a lot of events and activities planned for December and some very special Christmassy collaborations that will be announced on December 1st!
Labels: alcohol, behind the scenes, BTS, changes, Christmas, family, friends, gifts, home, hospital, mental health, presents
SHARE:
Newer Post Older Post
Home