I’ve talked before about how important it is to stay loyal to the organizations, companies and charities that you collaborate with in blogging and Cats Protection make it really easy to do this. Obviously it helps that the cause is about something I’m passionate about (cats and the benefits pets can have on your mental health) but the Tyneside Adoption Centre staff and the team at the Cats Protection Media Office are so kind and passionate about what they do that it really helps me to invest in the collaborations. 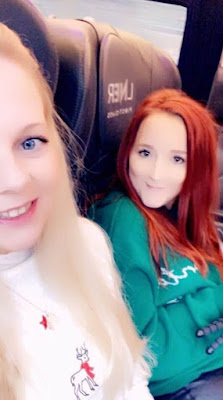 I don’t want to seem ungrateful, but collaborations are actually really hard work and can be really important to the reputation of you and your blog. I’m so passionate about blogging and very proud of my little I’m NOT Disordered and all that it’s achieved, so I’m very wary about trusting other organizations with its name. It might not seem like it from the outside looking in but I put a lot of thought and research into organizations before I collaborate with them to ensure that myself and my blog are in line with their motivation, aims, beliefs, and general ethics, morals and decisions. So, it meant a lot to me when the Cats Protection team said that they’d support the idea of illustrating a pet’s importance to your mental health and that they agreed me and my little blog could be trusted to get that message across to readers and followers; I was honoured. Then, to be invited to the Advanced Screening of their Christmas animation?!! Such a privilege!

I’ve been so unbelievably excited for November 22nd for SOOOO long! I mean, not only did I get the invite from the Cats Protection Media, but I also received complimentary first class tickets from the London North Eastern Railway (LNER) Press Office to get myself and Georgie (one of my best friend’s) to London and back in comfort and style!!


Even though the event didn’t start until 4pm, we thought we’d get an earliy-ish train because we weren’t sure how to get to the event venue (The SoHo Hotel) when we got to Kings Cross! So we left Newcastle on the LNER train at 10:26. To our surprise, even though it was still morning, we were served from the ‘rest of the day’ menu but we managed to find room in our tummies! I had fishcakes and Georgie had the veggie tart and then we started on the wine! I don’t drink alcohol very often because of my medication and I have found that it’s exacerbated my mental health difficulties but it felt like a good situation to drink in - I was going to a fantastic event and was with one of my very best friends so I felt safe and happy. 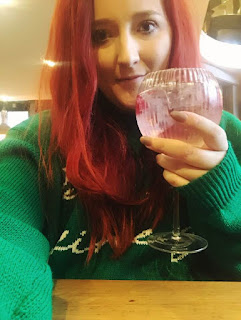 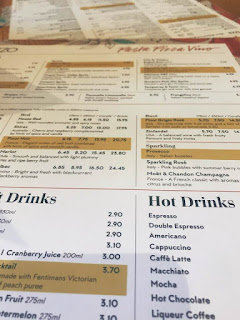 We had a great journey down to London though and thoroughly enjoyed first class and especially liked Caroline on the train crew; she was kind and hilarious! When we got to London we got a taxi to Leicester Square and wandered around attempting to look for somewhere to eat and eventually found Prezzo! It was great service, lovely food, and very reasonable prices – highly recommend!

We utilized Google Maps to attempt to walk to the SoHo Hotel from Prezzo and with the Hotel being down – what appears to be – an alleyway, we managed to walk straight past it! 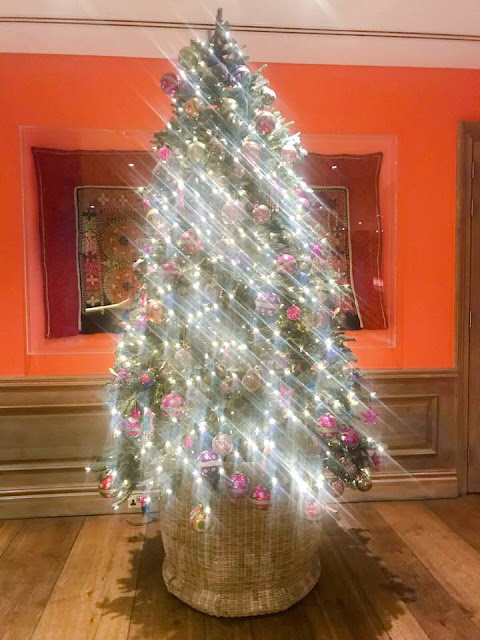 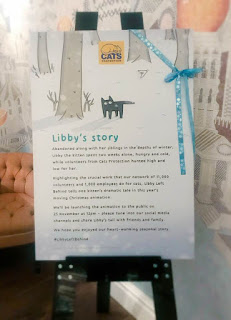 The entrance to the Hotel was beautiful but there were so many cars pulling up in front of it that we couldn’t get a decent photo. In reception, we were met by three Cats Protection staff with their first words being: “are you the Blogger? Aimee?” when I nodded, they said “it’s the red hair!” So, from the offset we felt welcome and reassured that it was going to be as good an event as we’d hoped!

We were shown downstairs to – what I believe is called – the Indigo Room which had a fantastic Christmas tree just outside of it! I finally (after about a year of emailing) managed to meet the lovely Cat (perfect name for her job!) who has stored so much faith in my abilities to carry the Cats Protection name well through my blog and social media! 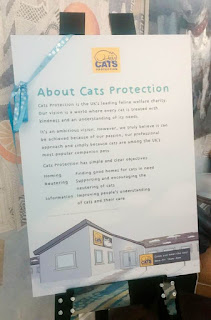 We had more wine and had the wonderful opportunity of meeting the owners of ‘Libby’ whose story is told in the Christmas animation and were honoured to see photos of the real-like black cat! We also then met the animator; Rus Hudda (who you can follow on his Twitter, like on his Facebook page, and go see on his Instagram), and the sound team behind the new Cats Protection Christmas animation! Then we went into the screening room and heard the welcome speech and introduction for the charity’s Chief Executive (who was hilarious!) 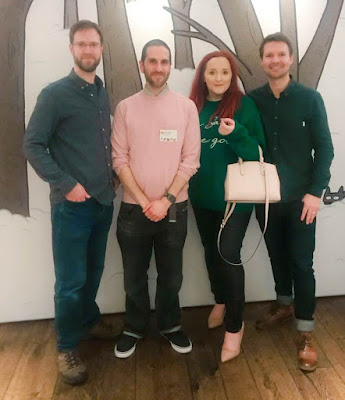 Unfortunately, since the animation doesn’t go live to the public until Monday November 25th, all I can really say about it is that it’s an emotional true story that has so many different, captivating elements to it! And yes, my tissues were out! 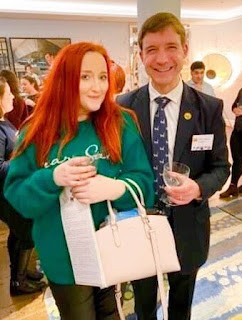 Georgie and I joined the Cats Protection team for final drinks before heading back to Kings Cross, where we managed to squeeze in a look at the Oliver Bonas store in the train station before our train home! Not going to lie, things got a little bit hilarious on the train and Georgie and I enjoyed a bit of a sing-along to the High School Musical soundtrack whilst chatting with the lovely couple sat opposite us!


Of the entire day, Georgie said: thank you to LNER for the excellent hospitality as always and to Cats Protection for the invitation. I loved meeting the team and watching your Christmas animation. I can’t wait until everyone can see it!


I’d just like to finish by firstly also thanking LNER for the tickets, we literally couldn’t have done this trip without you guys, so they were greatly appreciated!


And a huge thanks to Cats Protection for believing in me and I’m NOT Disordered – it means the world to have such a huge, inspiring, and passionate organization trust in my abilities.


And finally, thank you to YOU!! If it weren’t for all of my readers, then I wouldn’t get to have such wonderful opportunities! 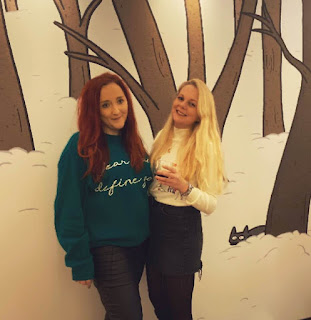 To watch Cats Protection’s Christmas animation when it’s released, you can set a reminder through YouTube by visiting: https://www.youtube.com/watch?v=gUW4DPgQukk&feature=youtu.be