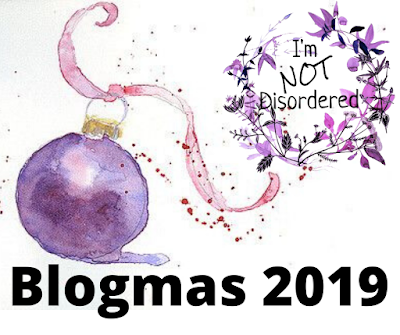 So welcome to December 7th… 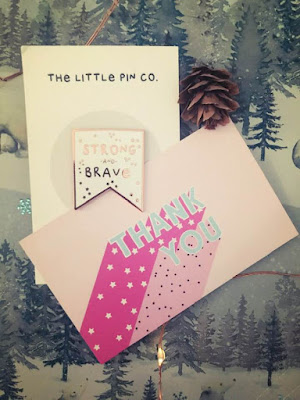 Today is all about my collaboration with one very special brand on Etsy, in this post I’ll be reviewing the products they sent to me and on December 23rd you can enter a competition to win these products and the remaining seven that I’ll be reviewing every other day this month!


This third product is a lovely little pin badge which reads ‘Brave and Strong’ from the very aptly named The Little Pin Co. who are based in Porthcawl, Wales.


I think that a bit of a big worry in mental health at the moment is that it’s becoming ‘trendy’ to have an actual mental health illness; granted, it’s mainly about Anxiety - with so many well-known people speaking out publicly to say they have experienced panic attacks. To be honest, I think my train of thought is that at least mental health is being talked about!


When I very first began self-harming in 2006, there was nothing out there about it and even when I began hallucinating and made my first suicide attempt in 2009, there was still very little talk or information on the subject. It’s no secret that there’s a hell of a lot of stigma around mental health and I guess the worry that you’d be subjected to this stigma stopped people from speaking out. 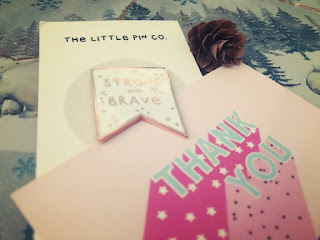 From 2009 until 2012, I kept my poor mental health a secret from my friends by always wearing long sleeves and never telling them when I’d been in hospital or that I was having weekly appointments with a Community Psychiatric Nurse (CPN). It wasn’t until the summer of 2012 that I realized I could no longer keep it a secret. I’d taken an overdose, refused treatment and been put on life support to treat me against my will under the Mental Capacity Act. When I’d been brought out of the coma, I was told that I’d be going to a psychiatric hospital over 100 miles away and where the average length of an admission was 12-18 months. And I mean, how could I keep that a secret?! Being so far away for so long, I knew I wouldn’t be able to keep up a lie for that long so I posted on Facebook and was overwhelmed by the amount of comments from friends saying how brave I was to finally tell people that I was struggling and to agree to go into hospital so far away and for so long.


With that in mind, how surreal is it to think that I went from keeping it a secret for so long, to blogging about my entire life for over half a million people to read?! With my blog’s popularity in mind, I guess it should come as little surprise to see that one of my gifted products is a mental health related badge for everyone to see, which reads; Brave and Strong.


I really liked the little phrase because it’s related to mental health without being too blatantly obvious and unavoidable! I also liked the design in general and my tastes were confirmed when I received multiple compliments whilst wearing it!


You can buy this particular product for £7.50 here: