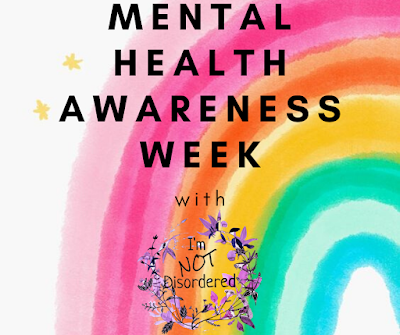 
1.       the practice of taking action to preserve or improve one's own health


"autonomy in self-care and insulin administration"


2.       the practice of taking an active role in protecting one's own well-being and happiness, in particular during periods of stress


"expressing oneself is an essential form of self-care"

There are so many forms of self-care that I had considered separating them onto each day of Mental Health Awareness Week (MHAW) but then I had my other ideas so here they all are in one post. One post about how important each act of self-care is, how I practice and benefit from them, and tips for you to utilize them too!

I don’t know about anyone else, but my sleep pattern has gone to complete… poo since lockdown began! I guess because I’ve felt as though I’ve not had any real need to be up and to go to bed and a specific time. Before lockdown, my sleep wasn’t the greatest, but at least I had commitments to motivate me to wake up and go to bed at an acceptable hour! Reasons to set my alarm. Now though, it really doesn’t matter if I sleep through the daytime and have all my energy at night. I think that as long as I can be awake when I need to – like for my phone call appointments with my Community Psychiatric Nurse (CPN) and Support Worker, then that’s all that really matters.


Sleep, is definitely as aspect of self-care which affects my mental health because I feel that if I haven’t had enough sleep then I don’t have the energy to fight the hallucinations or the thoughts of self-harm and suicide. I think that a lot of people know how physically draining and exhausting it can be to stop yourself from doing what everything in your brain is telling you to. This is made especially hard when your hallucinations are auditory as it means there’s even more ‘people’ telling me to do something. Sometimes, I think that if I weren’t so tired, I might always be able to cope with the level of difficulty that the hallucinations and thoughts of self-harm have proven to be. 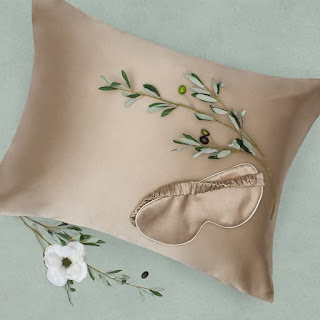 Ok, so, advice for sleep? Make sure you have a good bedtime routine, but it doesn’t have to be one which professionals would approve of! Just so long as it’s one that helps you. I’m definitely not a ‘hot-drink-and-read-a-book-before-bed’ type of girl! I find that drinking diet coke right up until bed is ok for me, and I find watching a movie more soothing than reading because it seems to require less attention and focus. Where I feel that I’m doing all that I can to have a good sleep, and I’m still struggling with it, I’ll talk to a professional and maybe take medication for it because I know that I’m unsafe otherwise.

Food and diet is something which I’ve recently realised that I rarely talk about, but I thought that it being Mental Health Awareness Week should make it as good a time as any to finally open up about things and be more honest on social media about this part of my life.


In 2006, when the abuse started, I really lost my appetite; in the mornings I was too scared of what lay ahead to eat breakfast, then I often saw my abuser during lunchtime, and back home – at dinnertime – I was too upset at what’d happened during the day and anxious about what might happen the next day to eat. I lost a lot of weight and began being bullied for being underweight. I was called a ‘bag of bones’ and a ‘skeleton’ by the people I had once called my friend and I began to hide my body beneath oversized clothes. I think that in the back of my mind I also had the mindset that maybe if I continued to lose weight then my body would no longer be appealing to my abuser and maybe he’d stop hurting me. Of course, that wasn’t the way it worked and losing weight didn’t make a damn bit of difference to the abuse.


When the physical side of the abuse ended, I became desperate to regain control in my life and the only way I could find that was in restricting my diet and creating an exercise regime. I would spend hours running on the Wii while my Mum was at work and didn’t stop until I thought I was either about to pass out or I couldn’t stand the hunger pains any longer. When my mental health declined and I began self-harming and attempted suicide, I’d get so anxious at the thought of doing something that I wouldn’t eat and then being in hospital always made me feel sick… When I was finally admitted to the specialist psychiatric hospital in 2012, I fit into size 4 clothes.


Spending so many years with that attitude around food and exercise makes it hard for me to ever have a healthy mindset about either of them, but I do try. I think that I now see both as ‘I’ll do what I want.’ I’ll eat as much chocolate or as much fruit as I like; and if I don’t want to go for a walk one day, then I won’t go! Though I do recognize the importance of having a balance and eating enough to provide your body with fuel for everything it has to do that day! 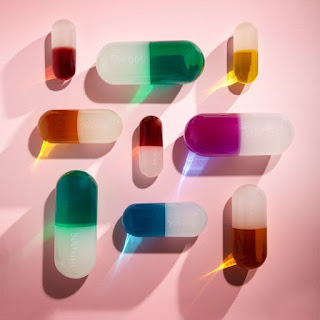 Taking medication doesn’t apply to everyone and I think that’s a popular misconception in mental health is that everyone with a diagnosis must be taking some kind of medication for it. Of course, this isn’t true!


This can usually be for one of two reasons (or a mix of both!); the Service User doesn’t want to take medication or the mental health professionals don’t think they’d benefit from it. There’s actually a lot of mental health professionals out there who disagree that drugs are the answer to mental illness and who believe that the focus should be on talking therapies etc. I actually had a hard job convincing my current Psychiatrist that I need my antipsychotic medication and it wasn’t until I’d stopped taking it and something terrible happened that she concluded that a small dose was necessary to maintain my safety.


I’ve never been ashamed to tell anyone that I take psychiatric medication (in addition to my antipsychotic, I also take two anti-depressants, and a mood stabilizer) though I know it can be a huge motivation behind a person’s reluctance to take some pills. The worry that others will think less of them and see them as weak if they were to hear the person needed medication to be stable and healthy. The thing that I always think though, is that needing Paracetamol or another painkiller doesn’t make you weak and isn’t something to be ashamed of needing, so why should psychiatric medication be any different?


I hope that this post has helped you to realise that there’s some really basic acts of kindness that you can do for yourself and that they can be so beneficial!
Labels: advice, diet, exercise, help, kindness, medication, mental health, Mental Health Awareness Week, MHAW, self-care, sleep, support
SHARE:
Newer Post Older Post
Home