GUEST POST: MY JOURNEY WITH PCOS BY EMMA GREAVES-MOUSA

I'm so pleased to bring this post to you all by Emma Greaves-Mousa who struggled after being diagnosed with Polycystic Ovary Syndrome (PCOS). I also have this diagnosis but have been a lot more shy than Emma to share my story around it so i take my hat off to Emma for being so brave, open, and honest around this.

Also, if you want to know more about Emma's journey, check out her blog: https://adayinthehappylife.wordpress.com/ 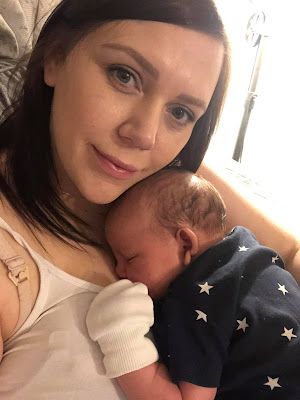 The day I was diagnosed with PCOS (polycystic ovaries) was the day myself and my husband were seeing a fertility doctor. We were checking that all was well as we wanted to try for a baby. I laid on the bed in the clinic while the doctor scanned my ovaries and womb. I have never had an ultrasound scan before so really didn’t know what he was looking for, or what he found.

So, as the years went by, I stayed on the combined pill. I never had any reason to come off it, and it did what it said on the packet, or at least what the doctor said it would do.

The first time I heard about PCOS was from a housemate, the year after I finished university. We were four girls sharing a house. One of my housemates got the coil contraception because she had been told it would help her PCOS. When she described her symptoms, none of them really related to me so I didn’t recognise any similarities. She described very heavy and painful periods and acne. I didn’t have either of those things, so, obviously I didn’t think twice about it.

When I finally came off the combined pill in April 2019, I gained 1.5 stone within 2 months. For someone who has always been conscious of their weight, this was a big concern for me, not to mention the fact that we were wanting to try for a baby, and I certainly didn’t need to be carrying extra weight before I even fell pregnant. I pushed it to the back of my head and tried to eat healthier. The months passed and I tracked my ridiculously irregular cycle, to try and figure out when I was ovulating. Little did I realise; I wasn’t ovulating at all. After scanning my ovaries, the doctor told me I had PCOS.

“Have you gained weight recently?”

“How was your menstrual cycle before you went on the pill?”

“How many years have you taken it for?”

“What age were you when your menstrual cycle began?”

All of the questions that probably should have been asked before I even started taking any form of pill back when I was 17. Then he described what PCOS is: Polycystic ovary syndrome (PCOS) is a hormonal disorder common among women of reproductive age. Women with PCOS may have infrequent or prolonged menstrual periods or excess male hormone (androgen) levels. The ovaries may develop numerous small collections of fluid (follicles) and fail to regularly release eggs.

Now for the fun part... There are four types of PCOS: Insulin-resistant PCOS, Inflammatory PCOS, Hidden-cause PCOS, and Pill-induced PCOS. Which one do I have?! I HAVE NO IDEA!!! Why do I have no idea? Because there is no test that can be done to diagnose PCOS. And yet, it affects 1 in 10 women. I walked out of the doctor’s office feeling heartbroken, disappointed and to be completely honest, like my body had failed me. 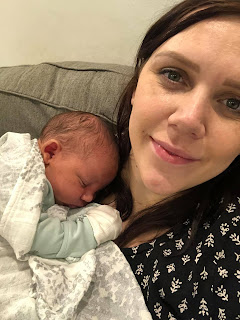 After moping around for the rest of the afternoon, I decided I needed to research what was actually going on with my body. The internet is an amazing place. More specifically for me, on this occasion, Instagram. Typing in a few PCOS hashtags delivered me a wealth of accounts and posts with the knowledge I had been seeking. Signs, symptoms, natural remedies, health hacks. You name it, I found it. Within a few days I was taking a collection of things, from bilberry tablets, to inositol sachets. I literally rattled as I walked around, I was taking that many pills.


Thankfully for me, when I did finally ovulate, which wasn’t long after all of the pills I was taking, with some god given miracle, we conceived our first child. But the PCOS doesn’t just stop when you fall pregnant. If you have PCOS, you have a higher risk of pregnancy complications, such as high blood pressure (hypertension), pre-eclampsia, gestational diabetes and miscarriage. These risks are particularly high if you're obese. 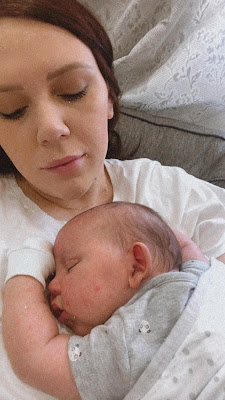 Thankfully I went the majority of my pregnancy with no complications, however at around the 36-week mark, the high blood pressure arrived. That’s not to say I didn’t spend a lot of those 9 months worrying about all of these things.

Since having my baby, my menstrual cycle hasn’t become normal. I don’t want to say ‘gone back to’ normal, because it was never normal in the first place. I had doubts that I wouldn’t be able to breastfeed, because once again PCOS plays a role in that too.

I’ve been fairly open with those around me regarding my own personal experience with PCOS and I hope that this does either inform or comfort readers out there who may be in need of some extra information regarding this undiagnosable, untreatable pain in the ass. I think for a lot of women who have PCOS, diagnosed or not, we are treated as if it’s not an actual medical concern, when really, it is!

Hopefully, as medicine and medical research develops, we may move further towards finding a way of diagnosing and treating PCOS as a stand alone illness rather than using medications designed for alternative problems in a hope to cure an untreatable syndrome.