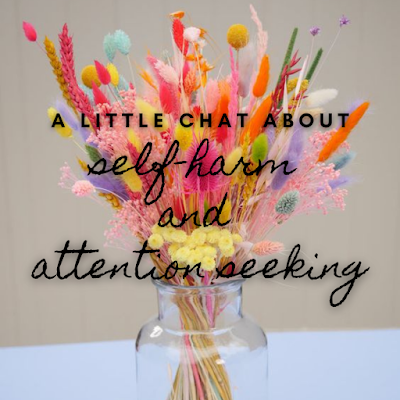 Whilst I knew that I wanted to mark this Day, this post took a lot of brainstorming to decide on the angle I wanted to use. After a few chats with various people though, I finally came to the conclusion of tackling the subject of self-harm being dismissed as ‘attention seeking’ behaviours because it’s something that – having experienced the accusations myself – I feel passionate about. I don’t want this post to be a ‘rant’ about the judgment… More that it’s about me talking about my experiences with the label and hoping that what I have to say about this topic, has the gravity to make someone branding self-harm as attention seeking to reconsider their words and mindset…

My most vivid memory of being accused of attention seeking was when a very abrupt and grumpy Police Officer had detained me under section 136 of the 1983 Mental Health Act and was driving me to the 136 suite at my local psychiatric hospital. I remember her telling other Officers over her radio that I had been found and then she just glanced to me in the backseat of the Police car and said “why do you do this? Why do you like attention so much?” And I said, “why do I have a diagnosis?!” to which she replied “oh! I didn’t know that, sorry.” As though that little ‘sorry’ on the end of the sentence was an adequate apology for what she had said…

Now, please don’t think I was instantly able to have the confidence to stand up for myself; there had been so many occasions before that one where comments like that were made to me, and I just took it. I was kind of defeated into being convinced that everyone felt that way about me and my self-harm and was left thinking ‘even if I wanted to speak up, who do I speak to when they’re all on the same side?!’ You know, people go on about the us vs them culture with service users and mental health professionals, and it’s instances like this that only serve to widen that divide. And despite their comments, the professionals (the Police in particular) would wonder why I wouldn’t cooperate, listen to them, seek help from them and accept their decisions! As though I would voluntarily approach them for support after they’ve treated me so poorly?!

Over the years, I’ve tried to pinpoint when the professional’s attitudes changed because in the very beginning of my mental health deteriorating – particularly from the first suicide attempt to the third psychiatric hospital admission – they were the exact opposite of dismissive and judgmental. On my first suicide attempt the Police and then medical hospital staff went to extreme lengths to make sure I had the antidote treatment. On the second attempt a few months later, an entire Mental Health Act assessment was ‘conducted’ in my Mum’s living room, and it resulted in me being carried out in restraints by the Police. Then the third hospitalisation was my second longest and yet I hadn’t even self-harmed or made a suicide attempt! 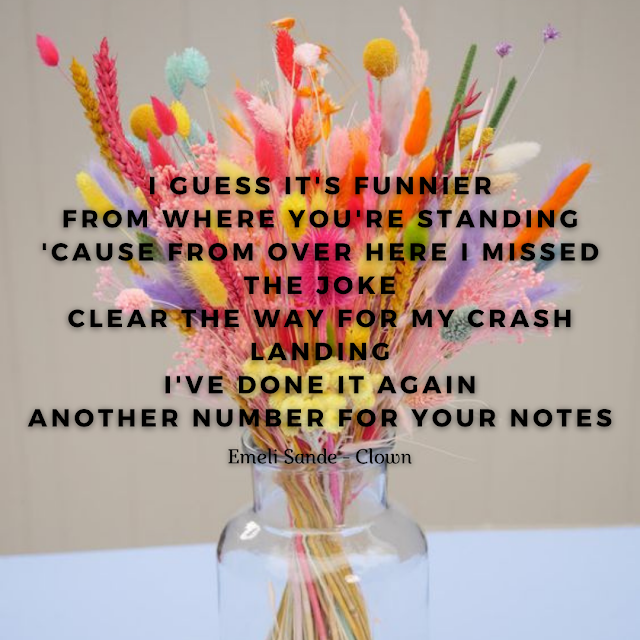 So, I thought about what happened towards the end of those three instances and have reached the conclusion that it was disclosing the abuse I experienced when I was younger. Before that, the words ‘Schizophrenia’ and ‘Psychosis’ were being tossed around in conversations and discharge summaries, but then, after that disclosure, the talk turned to ‘Personality Disorder.’ I guess that people who have experienced such a trauma are more likely to be diagnosed with a Personality Disorder than anything else. And when I asked a Community Psychiatric Nurse (CPN) whether it was my diagnosis now, and she told me that they didn’t want to give me that ‘label too quickly’ because ‘no one wants to treat people with that. It’s basically a death sentence’ I felt like that just supported my point as to why things changed so drastically.

Do I regret disclosing the abuse because it led to all the bad things I experienced from services and professionals after the eventual Borderline Personality Disorder? Of course not! I did the right thing; and they, definitely did not.

The comments about attention seeking got to the point where I was so angry with the lack of kindness and empathy (and the just plain rudeness!) that I resented those professionals, and I wasn’t at all subtle in showing that! I mean it genuinely felt like I couldn’t win – if I tried to seek help before self-harming then I was an attention seeker, but if I got help after it, I mustn’t have really been struggling or I wouldn’t want help! There was nothing I could do that would change how I was treat. I think this led to an extra benefit of going to the specialist Personality Disorder hospital in 2012; it was full of staff who were trained and experienced in responding to someone with my diagnosis. They still didn’t always get it right, but not once did I hear ‘attention seeking’ for the entire two and a half years I was there!

Experiencing much more attentive and caring help and support from professionals really moulded my expectations when I was discharged from hospital and moved back North. I no longer felt undeserving of that more positive and helpful response, and I recognised that a huge possible reason for the poor treatment I’d received before, was their complete lack of knowledge and understanding of supporting someone with a PD diagnosis. And to be honest, it makes no sense to me why a mental health service would find it acceptable to diagnose someone with a Disorder that they literally have no services to treat. The specialist hospital commented that had I lived in their locality, after requiring just one hospitalisation, I’d have been admitted to them. But living where I was… It took over sixty hospitalisations! And literally on anyone of them I had the potential to have lost my life.

Looking on the bright side though, after those two and a bit years in a hospital over 100 miles away, my local NHS mental health services (Cumbria, Northumberland, Tyne and Wear NHS Foundation Trust – CNTW) were so much more prepared and knowledgeable on the Disorder and on supporting someone with it (I mean, they even have an entire Personality Disorder Hub now!). And whilst that can feel frustrating that there weren’t these things when I needed them; at least they’re here now!

So, to those using dismissing others as attention seekers: stop it! You really could be the reason why a person dies. But I suppose you could live with that because even when someone commits suicide, you’d say it was for attention. It wasn’t. It was because you failed that person. You did. And they did nothing to deserve that.