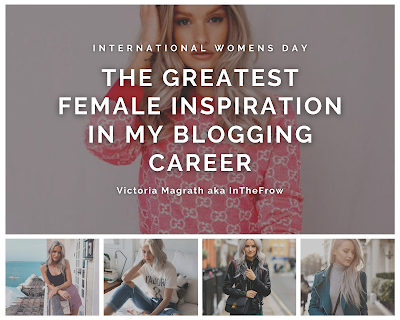 I’ve surprised myself in discovering that I actually haven’t written a blog post solely about my biggest inspiration in the blogging world! I mean, this girl – Victoria Magrath – has literally been so influential on my content and my work/blogging career in general; so why haven’t I properly rabbited on about her in all of I’m NOT Disordered’s nine years?! So, I figured if ever there was a time to do so, it’s International Women’s Day…

MY NEED FOR INSPIRATION

Before I started to blog – and for quite a while after I started – I had very little knowledge of technology, the behind-the-scenes of websites, and using social media with more purposeful and professional goals in mind. I knew the basics and I think the fact that I put very little thought or vision into I’m NOT Disordered in those early days, meant that it took a little while to register that I would need some sort of inspiration and guidance.

Unfortunately, though, when I first started blogging in 2013, there were about three well-known mental health blogs and that meant straightforward inspiration was kind of hard to come by. I mean, one of those blogs was written by a discharged mental health services user and I was a psychiatric hospital inpatient. Another was written by a psychiatric nurse, and I had no career prospects after having made a suicide attempt that landed me on life support just months before starting to blog. The third blog had been created by a Police Officer who had an interest in mental health law and – at that point – I had absolutely no respect or gratitude for the Police in general!

Having absolutely nothing in common – if anything, having some completely opposite thoughts and experiences – with other bloggers who were in the same industry as mine, but recognising that I needed some sort of inspiration; meant that I felt kind of alone out there in the digital world. I didn’t feel that I had any blogs to look to for ideas and to use to inspire goals and content. And I think that this wasn’t a huge problem in the beginning because I was an inpatient, so I was never really short of things to write about – I mean there were always so many dramas on the ward and in my recovery journey that I could provide content almost on a daily basis!

Then, though, my target audience of being friends and family, started to grow – because in my opinion, word-of-mouth publicity is the best free publicity you could ask for in the blogging world – and I found myself viewing I’m NOT Disordered as something so much more than a platform to vent and an opportunity to have something to do when I was bored on the ward. It started to feel like my blog was becoming more important and this helped me to see it as a real purpose in my life – something which was pretty vital in the midst of my mental health journey. I mean, I’d spent so long believing that I had no chance of a future – and sometimes I didn’t even want one – and that my only purpose was to die young. So, finally experiencing the notion that there was a point to everything I had been through and that it had all happened for a reason; was so rewarding, comforting, and reassuring. 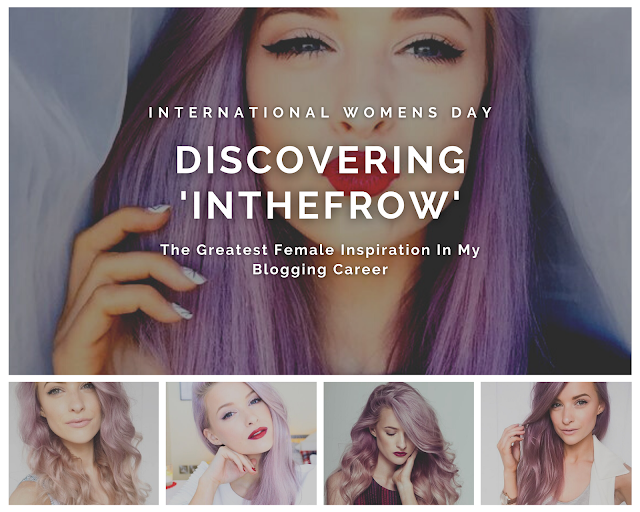 Those first few years of I’m NOT Disordered actually occurred during a very pivotal moment in the blogging industry on a whole. Bloggers had begun to gain a hugely powerful and influential following that was finally attracting some attention from the media and from big organisations and brands who saw the blogger’s impressive following as an opportunity for collaborations to increase their own publicity.

The first well-known blogger I heard of was Zoe Sugg who had a blog and YouTube channel under ‘Zoella.’ I really enjoyed watching her videos of the insight into her lifestyle and the behind-the-scenes videos of her achievements illustrated that even as her following soared into the millions, she was still very grounded, grateful, and humble. And I think it was this that I really thrived on. The inspiration I found in her was more about the recognition that her blog started off just as small as mine and I liked her attitude to her success.

When I discovered Zoe had a management team (Gleam Futures) I looked at their other clients and came across Victoria Magrath of InTheFrow. Honestly, I think that the ‘me’ from my younger years really kicked in and the dreams of wanting to work in fashion(!) spurred me to go on to check out her blog and social media content! Unfortunately, that part of me had been long ignored since taking Textiles as an optional subject for my GCSE exams; when I discovered the impact a person full of nothing even remotely resembling constructive criticism can have on you and your hopes and dreams for your future. With that teacher’s constant barrage of negativity, my goals of becoming a Fashion Designer sort of dissolved and I was left considering – for a very decent reason! – a career in Law! So, I stopped my fashion drawing at home, no longer bought the expensive fashion magazines, and didn’t continue my research into how difficult it would be to get into a Fashion School in London.

I think that this is common with a lot of adults – the recognition of your childhood dreams and that nagging thought and feeling in you which would mean you’d still be on top of the world if anything were to happen to make that dream possible now. And so, I wasn’t too confused when I found myself becoming immersed into the fashion world once again through Victoria’s content. Aside from the fashion designer dreams, back then – 2014-ish – she was still putting a lot of time into creating work with high-street fashion and beauty companies and brands, which meant that the price list was actually also still really appropriate for me and my own budget. So, it wasn’t about living a fashion centred life vicariously through her – I could actually afford to buy the items and products she talked about and recommended.

Ironically though, I don’t think it was really until Victoria started working with luxury, designer brands – brands that I most definitely couldn’t afford – that I started to really see the inspirational side to her content and her work in general. Before that hugely monumental moment/decision in her online career, I saw her content as interesting and enjoyable; but when her blog began to grow in its success and popularity and go on to make bigger and bigger achievements, her work became actually influential on my own. Part of this was the sense of honour and pride that came with following her blog from it having hundreds of readers to now millions. In a way, I kind of felt invested in it; so, it felt rewarding to see it flourish and grow.

Another reason the new-found thoughts and feelings of inspiration, came with the recognition/realisation that unlike some other bloggers who have gained fame, made money, and took a step back; Victoria has never let up. And it’s been amazing to see that – in my opinion, at least – this has had nothing to do with greed. I honestly believe that she just genuinely enjoys what she does so much that she simply wants to spend more time doing it! I mean, she always seems to be striving to better her content and raise her game… And these (enjoying what she does and putting effort into continuing to do it better) are all things I hope people will think ring true for me too. 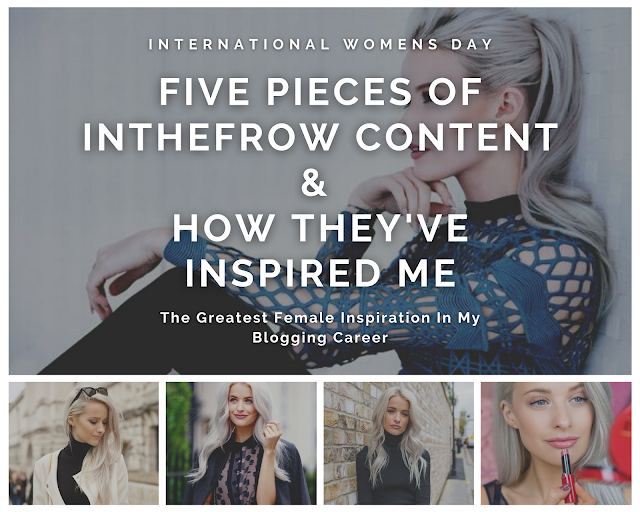 How to Navigate Being an Empath Both Online & Off - Inthefrow

So, this post made think about writing a piece as a sort of guide about navigating the digital world as someone with a mental illness. It could include a chat about trigger warnings and a bit about online bullying.

Exploring The Complexity of Self Imposed Pressure - Inthefrow

This is one of a handful of blog posts by Victoria which I think I could pretty much directly use as inspiration for a blog post about the pressure people put on themselves – except I would probably focus on the pressure around mental health. The pressure to be ‘well’ and ‘safe’ and the myth that once you’re in recovery that’s it – everything is perfect.

Where to Find Must Have Accessories for Spring Summer - Inthefrow

What The First Year of Dog Life Has Taught Us - Inthefrow

I’ve been thinking a lot about writing a pet post because my old bunny – Pixie – her anniversary is coming up in April and then it’ll be one year since adding my new bunny; Luna, to the family. So doing something like everything I’ve learnt from them might be a good angle.

How I Protect my Colour Treated Platinum Hair - Inthefrow

The inspiration to write a ‘How I…’ themed piece on how I utilise my DBT skills, how I cope with particular challenges… etc.