Thursday, 26 December 2013
Apologies in advance for the length of this post but I didn't want to miss out anything in telling you all about my Christmas and I thought the pictures (although taking up more room) might break it up a little! I hope you all manage to read the entire thing :)

So, on Monday afternoon (23rd), two staff drove me up home and it was pretty horrific; we were stuck in a traffic jam on the A1 for almost two hours!
So, by the time I got home, Mum and I had to quickly get dressed and head to the pantomime. We went to a nearby town to watch Peter Pan. It was quite amazing! It wasn't your stereotypical pantomime with the men dressed as women, the fluorescent costumes and un-funny jokes! Peter Pan was played by a woman and I was a little sceptical about how that would work out in the storyline but she pulled it off! And the comedian who played the pirate 'Smee' was sooo funny! They put in some location appropriate jokes about a nearby town and then there were some that were more for the adults so that even they could have a laugh. The dancers were good too; and normally I would've thought 'stage school wannabe's' but instead I was really impressed by the amount of choreography they'd had to learn at such a young age! I had a little disappointment in that I'd fought hard to have my Consultant write up that I was allowed alcohol and then I forgot to take my ID to the panto! We managed though ;) Also, there was CANDY FLOSS!!! 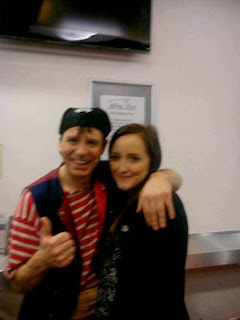 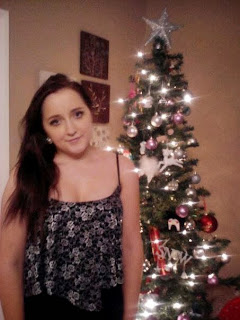 ﻿
Christmas Eve was a pretty busy day! We had planned to go ice skating but I wasn't too fussed about it and I had another headache so Mum got me an emergency appointment at the opticians. I was so glad because the Hospital had took me to the GP for the headaches and he thought it was a 'medication over-usage headache' which is, apparently, a new diagnosis. I wasn't too convinced though and lo and behold, the optician says I'm now slightly long-sighted in my left eye and need my glasses adjusting! She said it was enough to cause the headaches too! After that, we pottered around the shops in our town centre and I bought a couple of photo frames for my new home and then we went home. We went back out to a church service for 4pm and it was quite unique because we actually had to make the Christingles ourselves! They gave us the orange and a little brown paper bag of the things we'd need; it was pretty hilarious because Mum and I were snapping out cocktails sticks and then my sweets snapped and Mum knocked my entire Christingle on the floor! I thought I was going to be thrown out of the service because I was laughing so much!
When we got home we made some gingerbread men and cakes then I had a bath and put on my new jarmies! And I was quite chuffed that I actually slept and wasn't up at the crack of dawn! 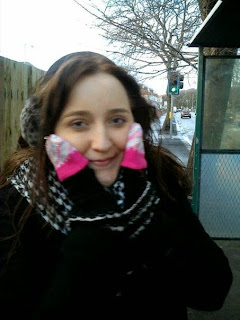 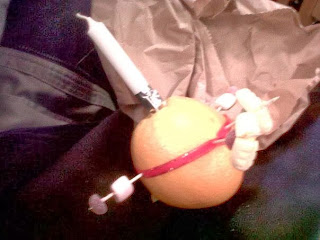 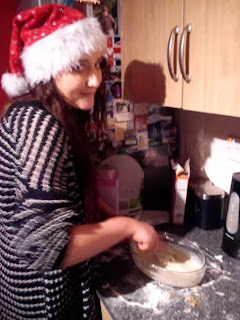 ﻿
Christmas Day morning and Mum and I opened our presents on her bed (as we always do). It was lovely; I got lots of amazing presents and was especially chuffed with my new over-the-ear headphones and my kindle! Mum liked hers from me too. I spent the next couple of hours choosing things from Amazon to buy with my two kindle gift cards and some movies on iTunes with that voucher. Then Mum and I had a Skype call with my Aunt who lives abroad and that was nice, except that my Grandad was meant to be on it but he wasn't. It was a bit of a let-down and disappointment but I refused to dwell on it too much because I didn't want it spoiling the day, and also my anti-depressant is quite good in that way because it seems to stop me being too sad! We dressed up for our Christmas dinner but by about 3pm we were both shattered and put our jarmies back on and I read my kindle before having a nap. The evening was nice, we had a little buffet tea and watched TV and played scrabble! 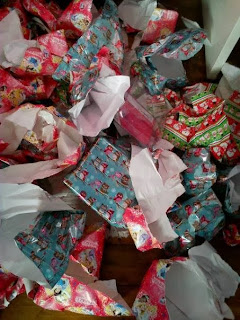 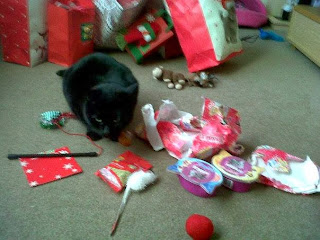 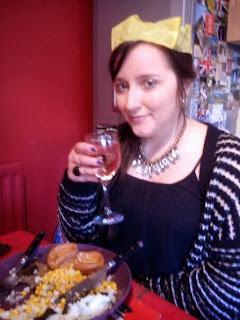 As times goes on and I'm home for longer, I'm beginning to dread going back and panicking because it took me so long to get used to going back from a day at home and now I've been here 5days... But my only real fear is that I'll need PRN and ages ago, it would've been the worry that I would self-harm so it's still an improvement! And I think it's only natural considering what a good time I've had. But today (Boxing Day) I spoke to the ward to find out what time they're picking me up tomorrow and I spoke to my Key Nurse and she told she's in on Saturday (I'll probably not be back tomorrow until she's finished her shift) so that was nice to have an extra reassurance. I think, as well, when I came home I told myself not to be thinking about going back because I wanted to make the most of it so I've had almost three days of forgetting I'm in Hospital and now I'm reminding myself.
So, all in all a pretty amazing Christmas!!