This week, I have felt so strange. My Therapist came to the decision that I'm disassociating but a longer term version. I think it all began after my chaotic week; travelling to Darlington for the night and then a day of training there for the Patient Leader Programme with the NHS England. Then I took a train down to London for the Time To Talk event where I was curating the social media (namely https://live.storystream.it/timetotalkday/ and https://uk.pinterest.com/timetochange/time-to-talk-day-2015/) interest for Time to Change.
I really enjoyed myself at both events but if I'd had it my way, there would've been some time between the two to relax. I coped well though, with the tiredness and managing my mental health and they were both such wonderful opportunities that I couldn't pass by. So, I tried my best to prepare myself for the tiredness kicking in once I got home, and being so powerful and overwhelming that my metal health also took a beating. But it didn't. And I was fine.
I celebrated my Mum's Birthday with her and I think that was when it began (February 6th), I began feeling tired and this is where it gets hazy... So, I'm scrolling back through my Twitter feed to see what happened...
Apparently (on Saturday 7th) I went food shopping and spent the night blogging and in bed. It says I took some Lorazepam (mild sedative) that night...  And then it appears that at some point between those meds and Sunday afternoon; I cut my hand. I can remember Mum asking if we could dress it but it needed stitches so she went to A& with me.

On Sunday I began to consider vlogging .
On Monday I had a DBT session before college and I don't even remember what happened... I know there was talk about me overdosing and that I'd already took some paracetamol and I remember her getting onto the phone and asking for an ambulance so I left. I don't want to bore you with the details but a policeman came to my home and I was told to hospital. Once there, I was so confident that I hadn't took enough medicine to cause any harm that I said I was leaving. I went home and straight to sleep then I just remember hearing my Mum's voice saying "Aimee! Aimee! Oh, you're ok! Thank God" and it was honestly, the best part of my day! A Policewoman had brought her over because my Mum has spare keys so she said it was to avoiding breaking my door in. Luckily the officer was lovely and she took my mum to go to the hospital to collect all of medication they'd confiscated (including my regular medication; which was due!) and apparently A&E were unhappy the police weren't going to make me go back.
The next day, I did some college work, took Lorazepam and my Mum popped over, which was lovely.
On Wednesday, I woke up feeling so much better, happier and positive to I decided to go into college. I was on the bus and it was like, I zoned out again. I was confused. Not like me thinking 'where am I going?' or 'where I am?' that'd be more disorientated. I just couldn't understand... I started to feel unsafe, so I got off the bus and took a taxi home.
thought I had it mapped out but I guess I didn't; this fucking black cloud still follows me around
I spoke with my CPN (Community Psychiatric Nurse) and she agreed that the best treatment for this dangerous disassociation episode, was medication/sleep. So I had to go to the GP and they gave me Lorazepam to take 1mg four times a day and some Zopiclone (sleeping tablet).
I don't know what did it... At 11pm, I got dressed, put the sedatives and sleeping tablets in my pocket and walked through the dark for about five miles to the place where my trauma happened. I've always had a thing about dying at that place, so it was perfect. I called my Mum to say goodbye and I wanted everyone to just let me go because of these past few months that I've been safe, happy and hardworking; I've given people these months, now I want my peace. But of course, it doesn't work like that. 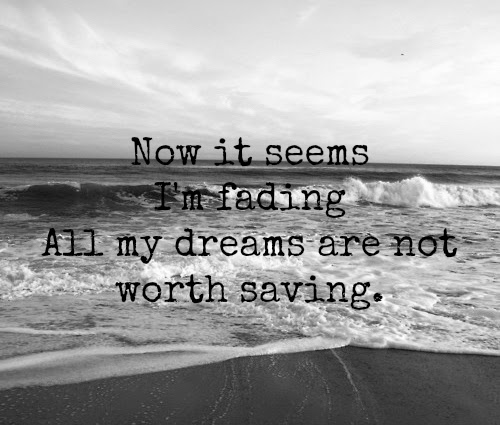 I can vaguely remember some flashing lights and being taken to hospital but that's about it until yesterday when my Mum came to visit me in the hospital and the Doctor said I could go home. I was sooooooo tired.
I've managed to piece all of this together though my Twitter which was helpful but it also means this post may not have captioned the significance and seriousness of it all. If I learn how to put words to disassociation and what I'm going through at the moment then I'll be sure to do another post about that, but for now.... Enjoy the V Day post!!
Newer Post Older Post Home