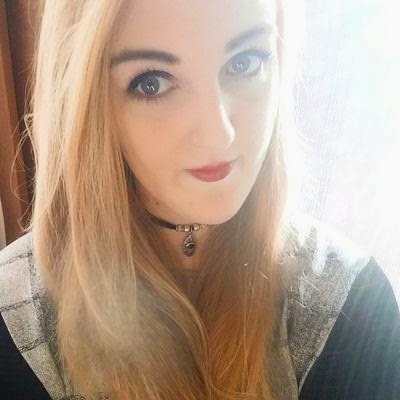 My name is Becky and last night (18.03.15) I was featured on a documentary on channel 4 called ‘My Self Harm Nightmare’.
I got involved with this programme as I am a media volunteer for the charity B-eat.  My role is to speak with various members of the media, to educate them on how best to portray issues, such as eating disorders and self-harm, and allow them to use my experiences in order to educate and raise awareness among the public.
I agreed to be a part of this programme because I wanted to be able to have the chance to dispel some of the common myths surrounding eating disorders and self harm, whilst raising awareness of the potential threat of the internet on such illnesses, and most importantly, to offer hope to those suffering.
As a sufferer myself, I am aware that people who may be experiencing the issues raised in the programme are likely to be drawn to it, for various reasons, therefore I tried to be conscious of this when conducting my interviews and tried to avoid giving tips or other information which might further somebody’s illness.
The actual filming of the programme, for myself, stretched across a period of a few months, after months of preparation beforehand, and resulted in probably, days worth of footage, which needed to be cut down into 45 minutes.
The full interviews, in context, were very different to the final programme, and I feel as though the producers have only used the parts of my interview that they considered the most ‘shocking’ and consequently, perhaps the most triggering.
Much of what I talked about, and wanted to emphasise, is that people’s perceptions of a person with an eating disorder aren’t necessarily reflective of the actual sufferers.  One of the main things that I wanted to bring up is the fact that not all sufferers are skinny, and that weight does not necessarily define the severity of someone’s illness.  Although I lost weight, in the initial stages of my eating disorder, I never fell below a ‘normal’ weight category, which made it a lot harder for those around me to detect that there was an issue.  This does not, however, mean that I wasn’t ill - malnutrition was still an issue and I was very badly anaemic, and not to mention deficient in pretty much every vitamin and mineral, which in turn, had a negative effect on my body both physically and mentally.  The long-term effects of purging also affect sufferers, regardless of their weight.  I used to have chronic mouth ulcers, tonsillitis, infections and not to mention the fact that I can no longer drink cold drinks without a straw because my teeth are now too sensitive.  Prolonged use of laxatives can also lead to all sorts of problems, including Irritable Bowel Syndrome and even fecal incontinence.
Although I was never underweight, the pictures of me used in the programme were probably of me at my lowest weight, which as well as being very insulting, I think it gives, completely, the wrong impression of eating disorders to the public.  The vast majority of eating disorder sufferers are diagnosed with bulimia or an atypical eating disorder, and may not necessarily folllow the usual pattern of anorexic symptoms.  For a while, the documentary was going to be called ‘My Skinny Self-Harm Nightmare’, which obviously didn’t sit very well with me.  After lots and lots of pestering, they finally changed it to the very slightly more palatable ‘My Self-Harm Nightmare’ however, as has been highlighted on twitter, they probably could have thought of something a little more tasteful.
I have seen lots of comments about the programme being triggering, and I would like to point out that this is an issue I raised to the producers repeatedly.  I was under the impression that there would be a more explicit trigger warning at the start of the programme, however this issue seemed to have been skirted over.  The use of various pictures in the programme is another issue that I raised, however, I unfortunately have no rights over the editing of the programme, therefore there wasn’t a lot I could do.  Some of the descriptions of self-harm were a lot more graphic in earlier versions and I was glad that some of this was cut out, however, it obviously wasn’t enough and I really wish they’d listened to me more about this.
The picture of my arm that was captioned ‘from Becky’s blog’ was taken out of context as this picture was actually posted with a description of how I dislike my scars, rather than glorifying self-harm.  I don’t feel as though I was as much an active member of this online community as was portrayed, as I was always more of an observer than a promoter and I would never post tips or harmful advice online.  I am, very much, against the promotion and glorification of eating disorders and self-harm online and I regularly report blogs of this nature and would urge others to do the same.

I think it was included, briefly, that I don’t think that the internet caused my illness, but that the internet may act as a catalyst to somebody who is already ill, to some extent, or may cause the problem to escalate.
There was a whole day of filming, that didn’t feature at all in the programme, where I attended a university open day at Roehampton University.  This was supposed to round off the programme on a positive note, showing how I am moving on with my life and aim to study psychology, with a view to help others in the future.  This was all cut out at the last minute.  I was in hospital for 21 months from January 2012 - October 2013 and was therefore unable to sit all of my GCSE exams, and I missed, what should have been, the first year of my A-levels, putting me a year behind my peers.  I wanted to show, from this university visit, that I wasn’t going to let this illness take any more of my life away from me and show other sufferers that things can get better.  I believe that it is possible to fully recover from an eating disorder and self-harm, but even without a full recovery, things can improve and you can learn to live with and manage your thoughts in a more positive way.  I was very disappointed that the whole of this section was cut out of the programme, however I’m glad they still included the reasoning behind getting my tattoo, and what it symbolises for me (designed by my best friend, and artist, Kate Powell).
Rather than merely being a programme of shock tactics, I also wanted to highlight my views about the approach of the NHS and other healthcare organisations, in dealing with these kind of issues.  I was recently invited to speak at a conference, educating professionals on how to deal with people who self-injure and I feel that there needs to be many more of these kinds of training workshops.  When I was in hospital, the majority of staff were compassionate and understanding, however, an unfortunate minority were quite the opposite and made my stay feel like hell.  I remember a nurse once said to me that I was ‘selfish for self-harming and it would be easier on [my] family if [I] just went ahead and killed [myself] so it was over and done with’.  Clearly, this kind of interaction was detrimental to my recovery and opinion of myself, as my effect on others is the main thing that drives me to seek help and engage with treatment.  When I was moved to a specialist secure ward - for young women with borderline personality disorder, I felt like we were all grouped together and it was assumed that what worked for one individual would work for us all because ‘we were all there for the same reasons’.  I think that the categorisation of people with mental health problems, dependant on their diagnosis, is a massive flaw in the approach of healthcare professionals and needs to be addressed.  As I mentioned in the programme, people self-harm in different ways and for different reasons and you can’t assume that two people displaying the same symptoms feel the same way inside.
I feel like there are so many issues that could have been raised in the programme that weren’t, simply because it might not sell as well to the general public.  I think the media have a duty to portray such important issues in a sensitive light, however, this concept appears to be frequently lost, with priority given to what makes a ‘shocking’ story.  B-eat actually have some strict guidelines on  the way eating disorders should be portrayed in the media, and the majority of these seem to have been broken, which I find pretty disappointing.  I know that they had to cut down days worth of filming into 45 minutes, but if done differently, it could have been a very different programme.
This is an addition Becky requested I add at the last minute: the point of the programme wasn't supposed to be about self-harm or eating disorders and wasn't trying to claim that it is the sole cause of these issues, but was merely trying to raise awareness about how harmful these things can be.  I feel like I've been quite harsh to channel 4 but they've actually been supportive throughout the processes of making the documentary and actually offered support from a psychiatrist.
Labels: advice, changes, help, information, media, memories, opportunity, rant, scars, self-harm, stigma, support, TV
SHARE:
Newer Post Older Post
Home