Wednesday, 29 April 2015
On the 25th of April, Mind the Gap hosted their second conference organised and created entirely by students, after the success of their first last year. 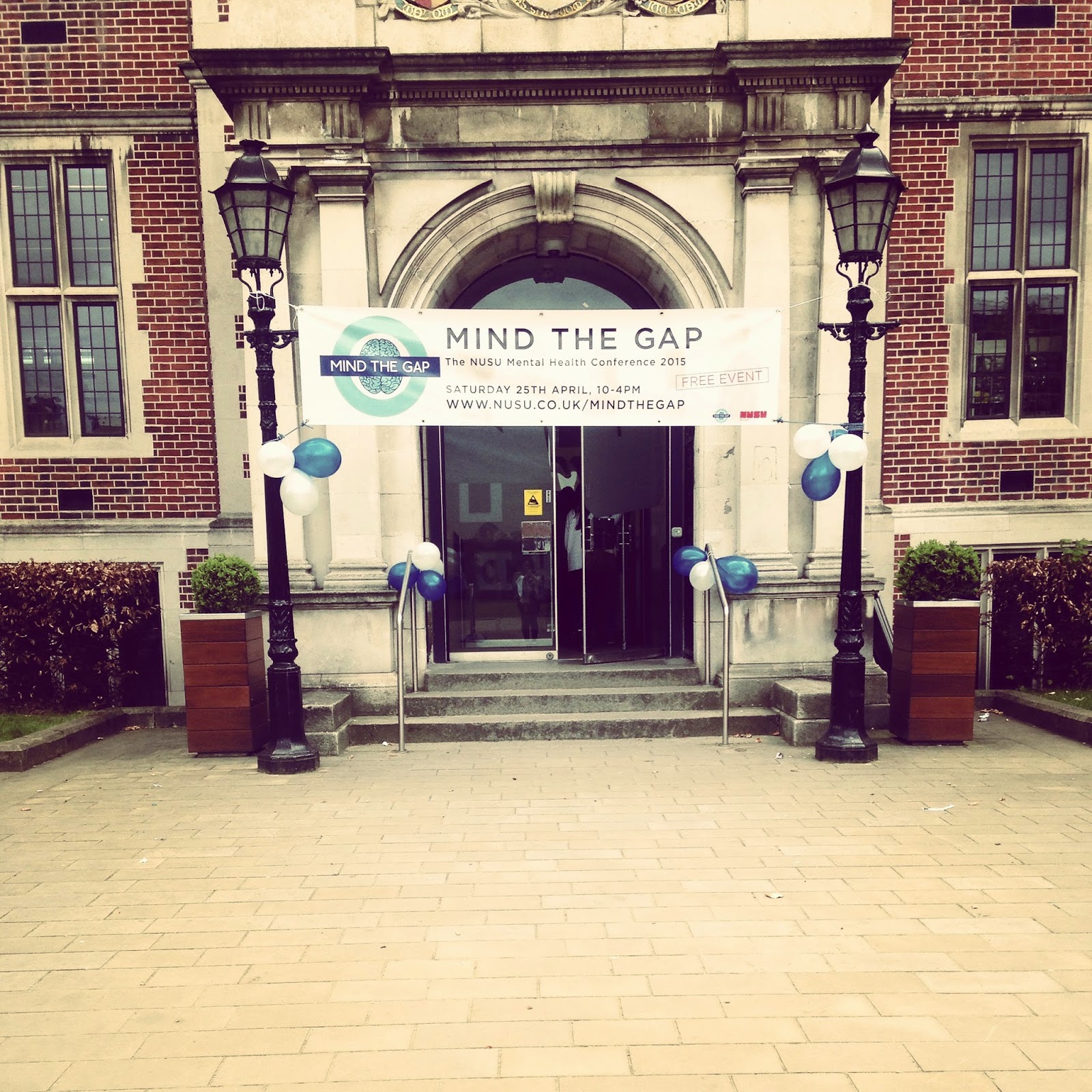 After registration, we went through some housekeeping issues before the President of Mind the Gap; Jo, gave the opening speech for the event, also informing everyone there was 'a blogger attending.' (I love it when people do that!) 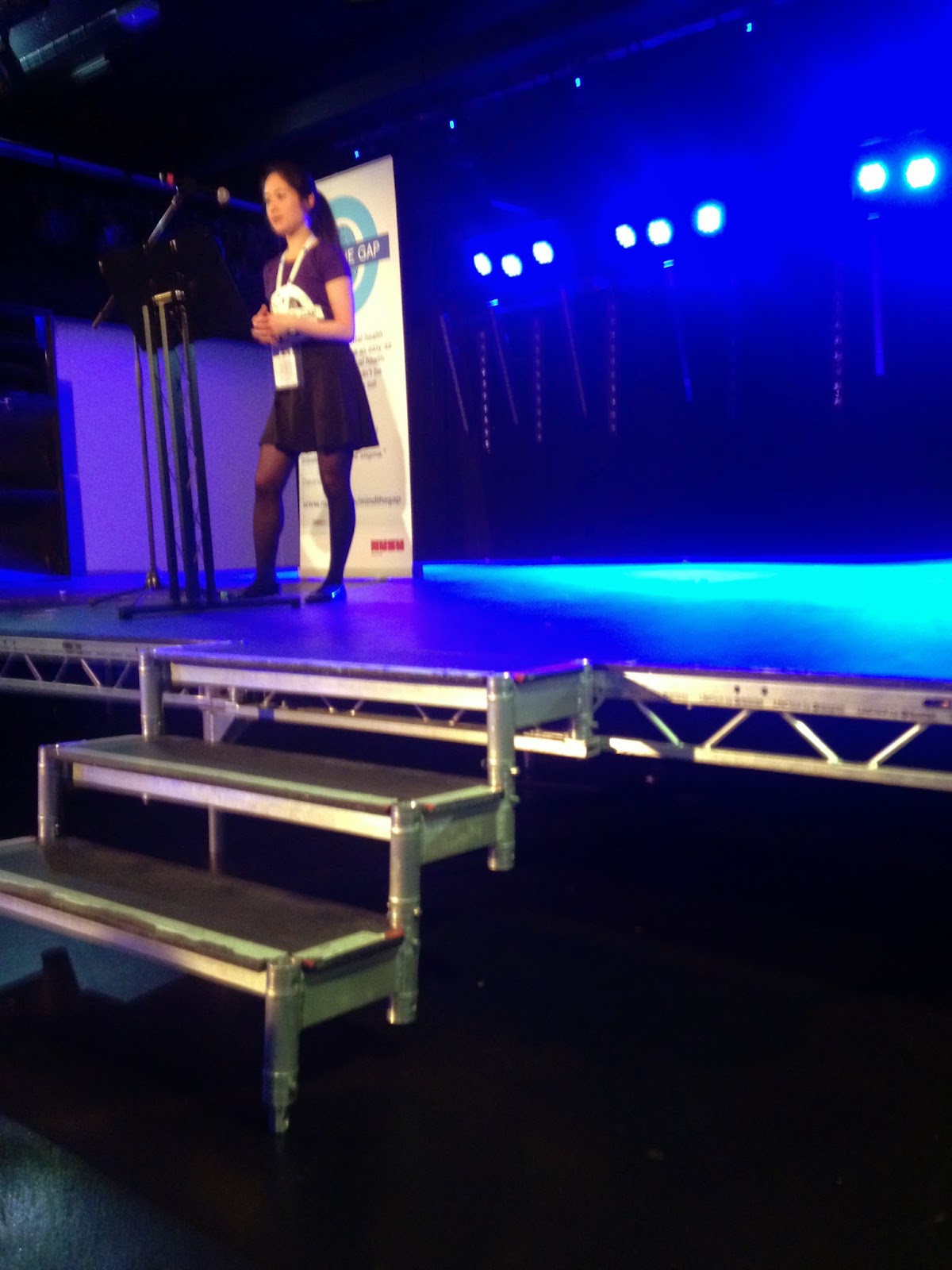 They kicked off the day with a set from comedian Dave Chawner. He used comedy and his twisted but amazingly hilarious sense of humour to tell us about his journey with Anorexia. He was so funny and yet you could still see the serious undertone to the content and his battle with the dangerous and strangely addictive Eating Disorder. I filmed a lot of his show so I'll leave the link to that below. Whilst he was putting the audience into fits of giggles, I found myself thinking of questions I'd like to ask him. At my last event, I observed two interviews and so I found that this time, I had the confidence to conduct one myself. Luckily, Dave was up for it and we literally chatted for an hour! I felt we had a similar, warped sense of humour and he was the kind of person that is easy to speak to and you just find yourself telling them your life story and becoming completely immersed in your conversation. So yes, we lost track of time! 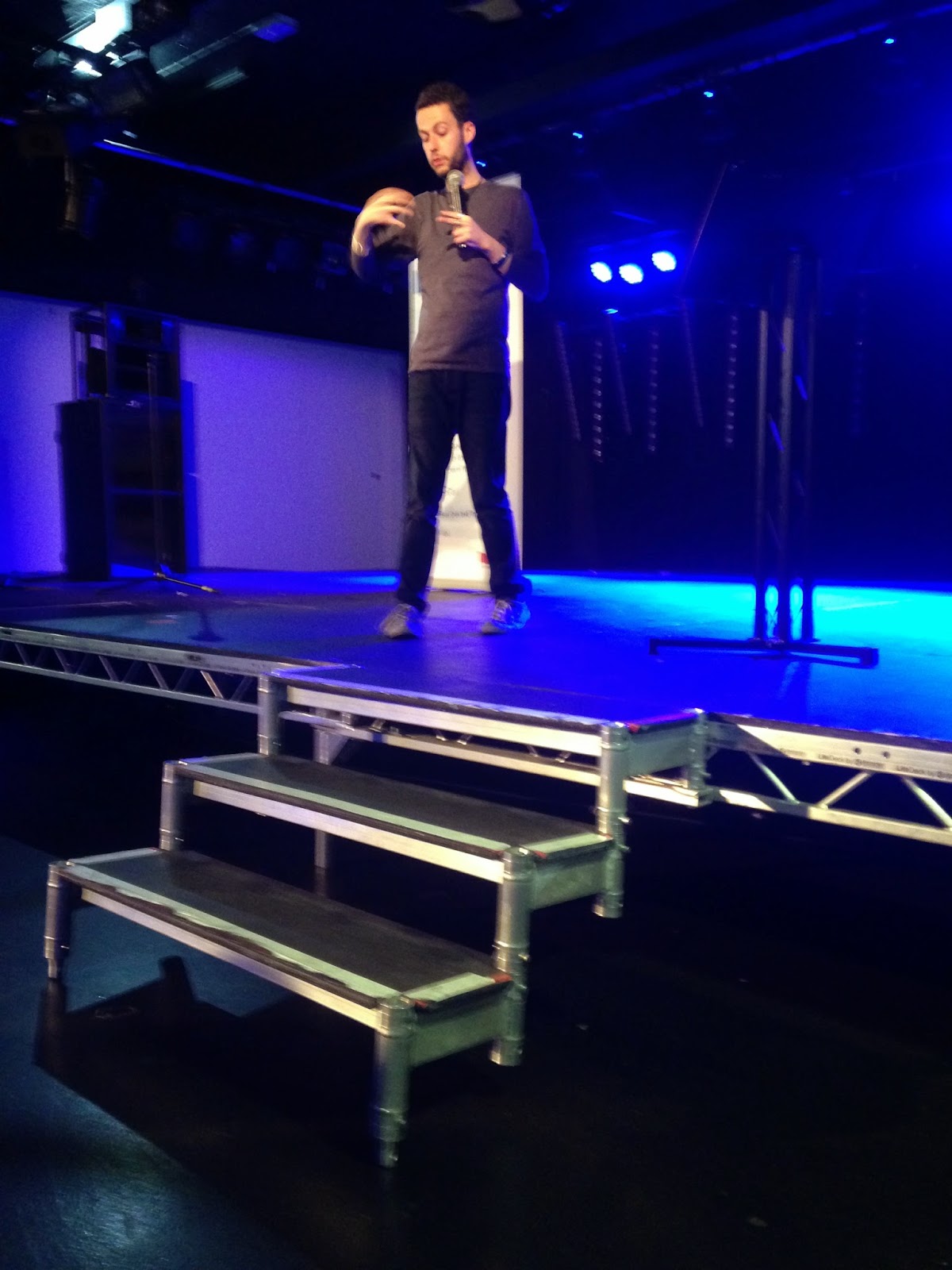 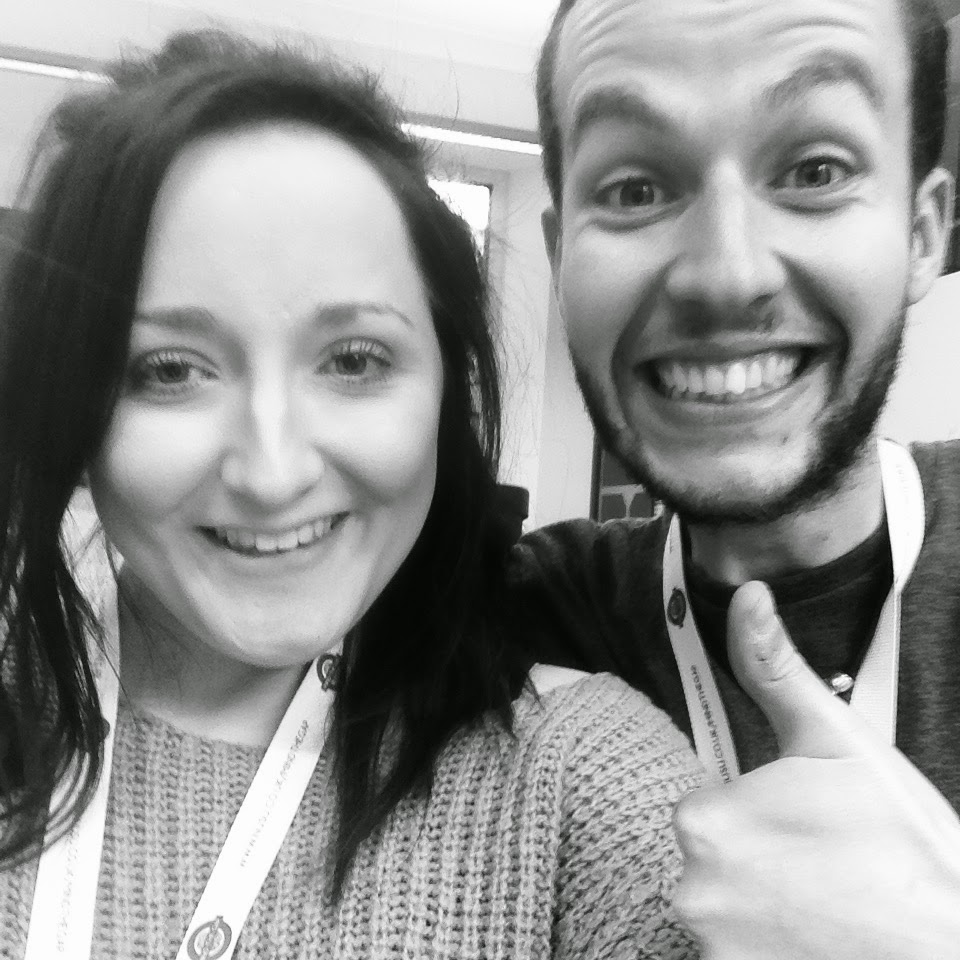 After the interview, there was a break between sessions and I had my lunch, unfortunately I became really poorly during the afternoon and so, I missed the sessions though, what I will say for the event, is that there was a large range of sessions available; from mental health in fiction, to the misconceptions of self-harm. In fact, if I were to give any criticisms to the event it would be that there was too many interesting sessions on at the same time so it was hard to choose which to attend!
Fingers crossed there'll be a third one next year! 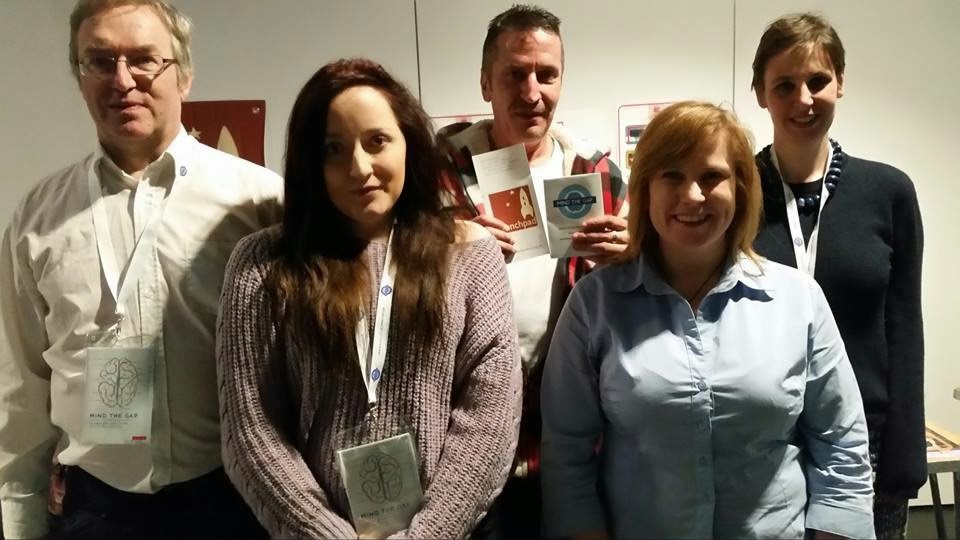 with the guys from Time to Change & Launchpad 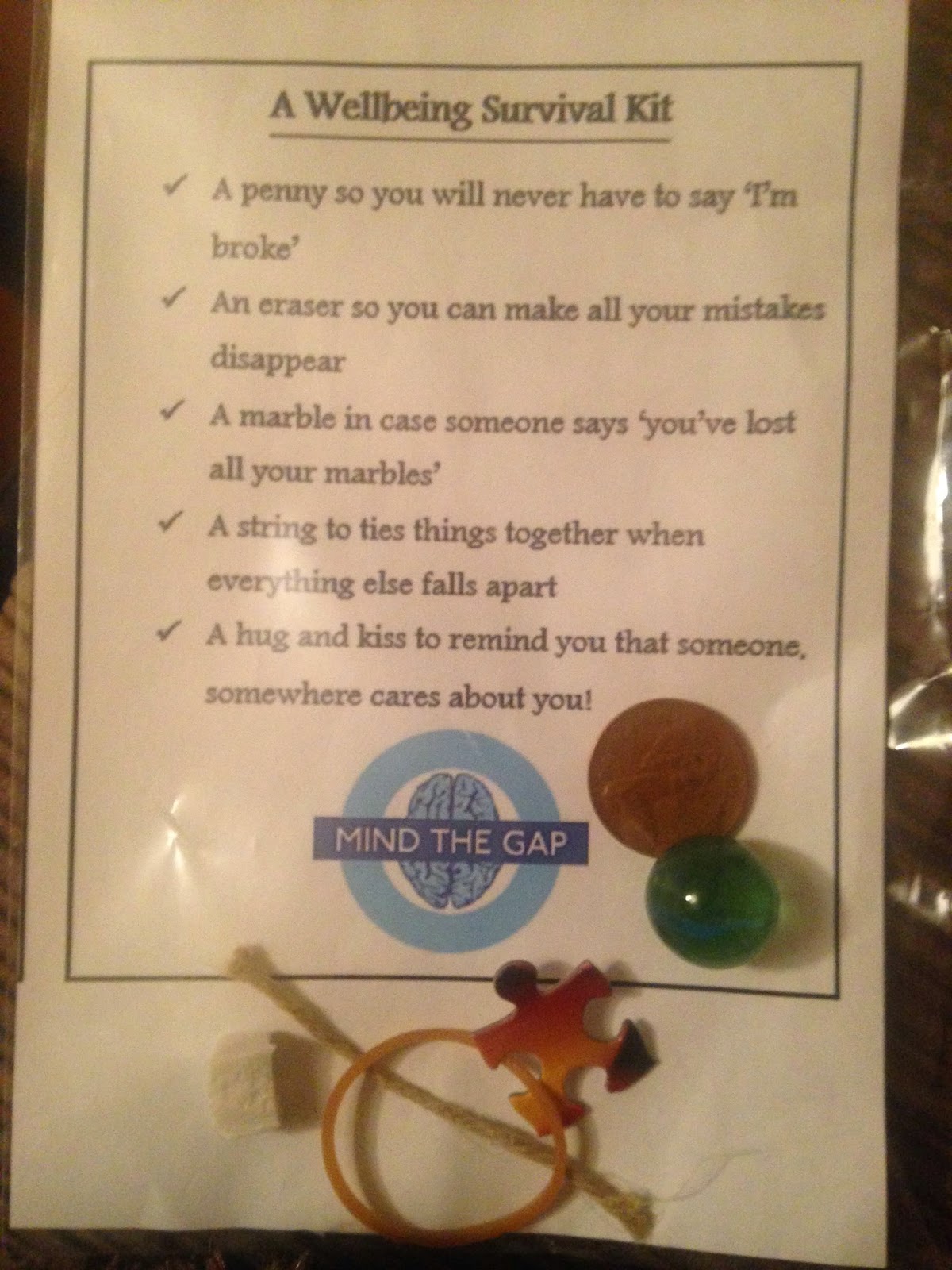