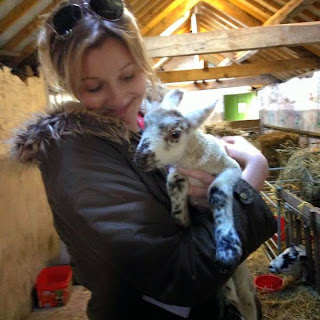 Hi guys! So my name is Emily and I work for Fixers! My role is a Young People’s Coordinator and I cover the Tyne Tees region as well as bits of Cumbria and The Border. I absolutely LOVE what I do. It’s so exciting with so much going on…
So basically, Fixers is a charity that gives young people (16-25) a voice through creative media projects. Projects can be based on literally anything; all we ask is that at least one other person will benefit from your Fix! Many projects are based on personal experiences, others are based on interest, issues and hobbies etc. that people are really passionate about. From mental health awareness to challenging negative attitudes around parkour/free running and bullying to healthy eating! We cover all kinds! Our young people let us know what they want. We create a range of resources which are all used to get the young people’s messages out there! Common resources include short films, music videos, documentaries, leaflets, posters, phone apps, websites, workshops…the list goes on.
I work with the young people from start to finish throughout their projects. I attend initial meetings with individuals and organisations and work with the young people to really get their projects off the ground. I help them really unpick their idea – identify their chosen target audience, figure out the key message, how they want to reach their audience etc. Lots of planning basically! Once that’s done we get the creative guys involved! We have Creative Hubs all over the UK and have a number of Creative Producer based at each. These guys will come along and meet our young people and talk about their idea, come up with some resource ideas, and really start to get creative in how we’ll get the message out there. By the end of the meeting the young people and Producer will know what they are creating and how. Next, we have production. This is the day we actually go ahead and make the resource. This day really depends on what the resource is! It could be a film/documentary etc so production day would be filming, if it was a leaflet/poster or another type of print production day may be taking photographs for the leaflet, or the young people creating the content for their print. It really depends. All of the editing of resources takes place in the Creative Hubs. This is where the producers work their magic and produce the final outcome – our young people’s resources. From there, we just need to make sure our young people are happy with the resource then it’s time to get sharing!
We have a team of online journalists that publish the stories and profiles on our website of the young people we work with and their projects. We’re always sharing our young people’s projects as far and wide as possible. We support them as much as possible in giving them a voice and allowing them to be heard. Of course, all of our young people are tweeting, facebooking, instagramming and general social media-ring their projects too. And rightly so, they should all be very proud of themselves. We also support our young people with a physical launch too. This could be going into a school, GP surgery, youth centre, council offices – it really depends where the target audience are! We gather feedback from the audience and will update the young person’s profile on our website with the feedback. It’s lovely for them to know what kind of difference their project and resource has made.
As well as the above, we also produce broadcast items for ITV and UTV in Ireland. These tend to be approximately 3 minute items that go out once a month on regional news (usually on the first Thursday of every month!) The items are all about the young person, their project and the reason why they are doing the project. 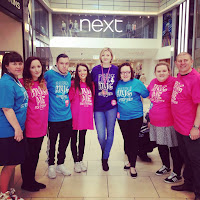 I’ve worked with so many different young people, covering a range of project ideas. Here’s a couple; a film challenging attitudes around young unemployed jobseekers, poster campaign around facial palsy, a film around the benefits of volunteering, a leaflet around the benefits of apprenticeships, a film around bullying, a poster campaign and awareness cards around hypermobility syndrome, films around domestic violence, a film showing modern circus in it’s true light, a film around young farmers, films around ME, a film around teenage depression, a rape prevention project, a young carers leaflet, a rap around homophobia, we painted a mural on a wall to liven up a community space….the list goes on. Those are a FEW of the project topics I’ve covered.
Now that’s us in a very quick nutshell.
Now you have to go on our website www.fixers.org.uk and see all the amazing stories and projects our young people have done on there! If you are interested in becoming a Fixer, please visit http://www.fixers.org.uk/index.php?page_id=2848