I'm NOT Disordered Does London

Saturday, 6 June 2015
Note: For those who don't know; I work with Blind Veterans as a Skills Developer, helping our members to engage in arts, crafts and cultures. This year, is Blind Veteran's 100th Birthday and so, celebrations have been ongoing and have accumulated into a Garden Party at Buckingham Palace. And this, is why I was in London! 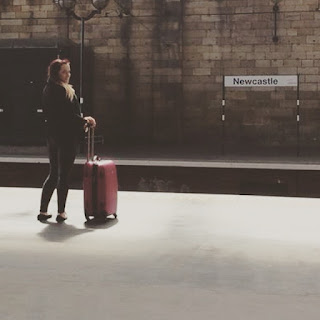 Mum and I headed down to London early afternoon on Wednesday (3rd), Mum booked the hotel and wanted to surprise me so I had no idea where we were staying until we got in the taxi at King's Cross. We stayed in 'Rubens at the Palace' and as our taxi pulled up, our suitcases were carried to reception and the door held open! It was amazing... For someone used to staying in budget hotels! After unpacking, we headed around the corner to Buckingham Palace! I've been to London a few times but never actually been to the Palace so I was amazing to see it and so weird that we drove down The Mall to get to our hotel because I'd only ever seen that road on TV! After Buckingham Palace, we attempted to find a nice place to eat... Eventually, we thought to ask the hotel staff and were sent to an amazing Italian's in the local shopping centre! I was eager to have an early night so that I was on top of my game for the following day, and also staying out late and having drinks doesn't really appeal to me. Much preferred snacks, diet coke and social media in bed! 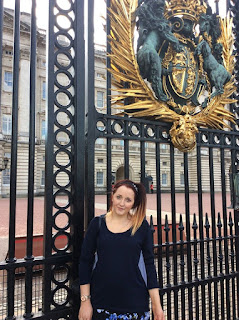 The second day, did not start amazingly well! We decided to get up at a reasonable time and go for an explore after finding out Westminster wasn't far from our hotel. It seemed as though all of a sudden, I felt really poorly. I felt sick and as though I was going to pass out. My Mum said my face were turning all sorts of colours while we were trying to find a toilet! When we found one right in Westminster Square, it charged me 50p to go and throw up!
Once I had though, I felt better and we continued exploring before heading back to the hotel to get ready for the Garden Party at the Palace. I've chosen to write about this, in a separate post as I feel it was a work event and shouldn't be in a personal post. Although, I will say that it was very surreal, very hot and tiring! 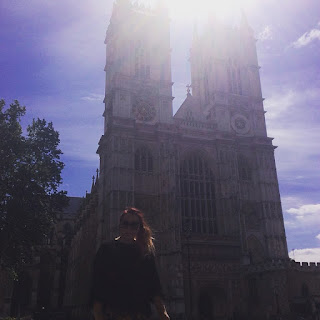 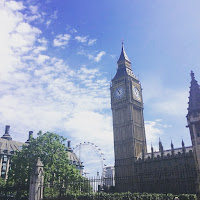 After the Garden Party, we went back to the lovely Italians, had drinks in the hotel bar and then headed to her room to pack! That night, I smelt a variety of things that weren't there and that couldn't possibly have been. Strawberry bonbons, my abuser's aftershave, sawdust, wet hay... I text my therapist and she told me they're called olfactory hallucinations. And even though it was a new experience, I was determined that it didn't affect my mood.
We travelled home on the 5th, and the nearer the train got to Newcastle, the more tired I felt! I nearly fell asleep in the taxi but once I got home I just... Had gone past the tiredness I guess. I kept planning to nap but when it came to it, I couldn't. It was hard because I felt that I was struggling and that it was the kind that's caused by tiredness but I couldn't sleep. I just kept busy and safe though.

To read my post about the Garden Party in Buckingham Palace: http://imnotdisordered.blogspot.co.uk/2015/06/blind-veterans-centenary-celebrations.html

To watch my vlog from the trip: https://www.youtube.com/watch?v=EWPA6X4JR6E