"My arms have scars but I've never needed stitches"

The past three or so weeks, I've had three - what the professionals deem to be - 'psychotic episodes'. This is where I have strange thoughts. I can't remember the first episode, but on the second I had developed a belief that if I'm right-handed then that must mean that something is wrong with my left arm. And so, I bashed it with a hammer in the hope that needing an x-ray would result in them finding out what was wrong and getting rid of it. It didn't turn out that way; I ended up with very bad bruising and a sling!
Last night I thought 'if it's not my left arm then maybe it is my right arm' and believed I needed to bash or cut a poison out of it. During these episodes, this thinking makes total sense and I feel proud to be the first person to realise these things. In the cold light of day, my thinking still makes sense but I now know it's irrational and unpracticle.
Anyhow, I bashed my arm with a hammer and then I opened the draw of sharps that I'd been saving. None of the sharps were intentionally made; they were all from accidentally breaking various things, such as a photoframe, a china decoration, a glass coster and a champagne glass. When I'd broken these things, my first thought had been 'I better keep these pieces; they might come in useful.' And I've had these sharps for a while, but never used them. Last night, I picked a piece of glass from the photoframe and scratched at my arm. It was literally a scratch similar to what my kitten could do. So I selected another piece and cut. The blood spurted this time. I got such a shock! And repeated 'shit' a number of times before realising that the blood was literally dripping out of me and creating a puddle.
And this is the point where the title of this post comes in... Yes, I've self-harmed through cutting before, but not like this. The worst I've ever done have need steri-strips. Even though I wasn't seasoned in the subject, even I could tell that I was going to need stitches. So I went into the walk-in centre and they used some steri-strips which didn't work, so they used some bigger, wider ones and it held for a little then bled through and opened back up. So, I was sent to A&E in our new hospital. Two doctors checked out my wound and said that because of how wide it was and where it was on my shoulder I needed stitches. Five stitches to put me back together again.
But will I ever feel 'whole'?
I was so angry at myself because that really hadn't been my intention! I wasn't really trying to cut. Not like that.
Times like these, I do lose sight of hope. I do worry that this is me going backwards. I do worry it's all going to start again and be as bad as it was before the hospital in Bradford. And I've had this worry several times in the eight months that I've been an outpatient but it's amounted to nothing. The moment in which I self-harmed, passes. And so does the fear of losing sight of recovery. And once again I'm positive, optimistic and determined. It's just... Everytime this happens, I kind of feel like there's a blemish against my name in recovery. As though it's marked by such an incident. And as the days and eventually weeks go by in which I don't self-harm, and I get through difficult moments and have achievements; that mark is being rubbed away and I'm all shiny and new again. And right now, sat here with terrible bruising down the length of my arm that gives me a permanent pain, and an ache with a dressing covers five stitches, I can't wait to be shiny and new again. 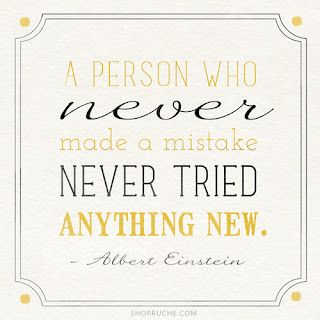 PS. When I returned home from hospital at 5am and cleaned all of the blood that went right through my home, I disposed of all of the sharps, because they will NEVER be useful.
Labels: A&E, career, disassociation, doctor, hallucinations, help, hospital, recovery, scars, self-harm
SHARE:
Newer Post Older Post
Home