Waiting For It To Come Back 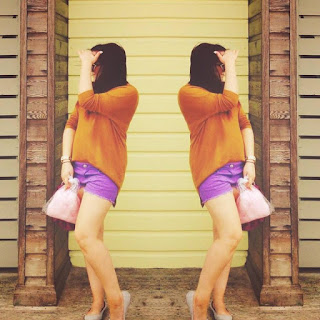 It doesn't matter how long goes by between overdoses/self-harm, once you've been in the cycle of it, you're constantly waiting for it to happen again.
It doesn't even matter what you think when you last hurt yourself (no matter which way you did).
On my last overdose, I remember regretting it. I remember sitting in the waiting room and wishing I could turn back time. Feeling sick, and not just from all of the paracetamol. All of the attempts to get a cannula in my vein to begin the IV treatment for my overdose just added to the regret. Having to get a line put into my neck made me regret it. And being away from Dolly made me regret it.
The thing is... There are positives. Small positives like the TV was free, the staff were nice, I got put to sleep at one point... Don't get me wrong; these aren't a reason to overdose. I wouldn't overdose for free TV. My point is, the bigger positive thing to come from it was that it turned me around. I stopped having no motivation. I stopped wanting to hurt myself. I stopped being afraid of the hallucinations. I stopped constantly feeling sad.
If this relief, is a result of overdosing then who can blame me for thinking of doing it again.
But here's the point to my post. I don't want to do it. Not really. I'm just thinking. Thinking that it's going to happen again. And this, is the worst part.
I hate to make this comparison, and I'm not trying to say this is in any way the same thing, but I just need you guys to understand the badness of this feeling. It's like being told you will die within the week. You know it'll happen. You don't know exactly when. But you know. And you're waiting for it. You're living each day waiting for it to happen.
I made this comparison because I think that in the majority of cases, when someone is told they're dying they don't want to. They don't want to die. I'm going to overdose again and I don't want to. It's one of the worst feelings. I hate saying 'I'm going to overdose again.' I don't want to. I really, really don't want to. But from experience, whenever I've said I'll never overdose again, it's lasted a long time. But never forever.
And the thing is, I remember how much I regretted it. I remember all of the needles. I remember the pain of the line in my neck. I remember the heart ache of missing Dolly. I remember the horrible phone call when I had to tell my Mum what I'd done.
So please don't let me do it again. And I know the whole 'take responsibility' thing and I'm trying. I don't give into this. I won't. The feeling of just waiting for it to happen again is something I'll just have to put up with for as long as I can. Because you have to try. No matter what. You have to try. And you have to live. For as long as you can. Because there are people out there who don't have a choice.

Off I go, to live! See you guys out there