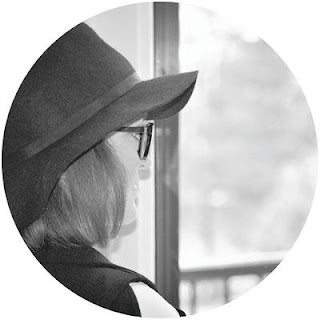 First of all, thank you to Aimee for letting me write this blog post as a guest post on her blog!

Secondly, I should probably introduce myself, I’m Sophie. And I have two mental health diagnosis’. I have anxiety, both health anxiety (hypochondria) and social anxiety and OCD (obsessive compulsive disorder). Mental health problems have an unfathomable amount of stigma, dating back to the mental asylums from the past. It’s shocking that in today’s “modern” society, the stigma around mental health problems still exists.

Having one mental health problem to contend with is enough, but having two is harder. My health and social anxiety come into one diagnosis of anxiety, if you are wondering why I’m not saying three diagnosis’ .

I think the stigma comes from the Victorian age, where people were locked up because of their “mental state”. Women were locked up for giving birth out of wedlock, homosexual people were put into institutions and some physical health problems such as epilepsy were classified as a “mental health problem”. People did not split the physical body from the mind. Today, we do. Mental health is shown in a different light to that of physical health. We can now see the distinction between epilepsy, as being a neurological problems. We can now see that homosexuality is a norm in society (although some would contest this) and are now more accepting of women giving birth out of wedlock. But yet, however much this has changed, people with mental health problems still face stigmatisation.

Anxiety is talked about as someone who “worries a lot”. Indeed a person would be correct for thinking this but there is something more to it. It’s excessive worrying that takes over your day to day life. Health anxiety faces a big challenge as it’s also more commonly known as hypochondria. I was called a “hypochondriac” throughout my childhood and I guess the name has stuck with me as a formal diagnosis. It has been used against me, by way of a joke and to jibe at me. It’s funny to some people.

Then there is the social anxiety. This one is not as big of a problem as my health anxiety
but it is just as difficult. I may come across as confident, but inside I’m shaking, I’m nervous. Thinking things will go wrong. I get labelled as the “nervous one”, the one who is “uncomfortable” in situations where there are lots of people. It isn’t easy being in a crowd of people. I don’t know what to do or where to put myself. It’s been hinted at that I may have some form of autism.

Last but not least we have OCD. It brings with it the stigma of “so you clean lots then?”. OCD doesn’t just include cleaning things. It’s behaviours. It’s the thoughts that occur. The obsessive part is the thoughts. They pop into your head. The compulsive part is the action. What you do to combat the behaviour. It gets tedious explaining things to people. I sanitise. I still have some rituals but I’m getting better.

I hope that by reading this, you have some more understanding of multiple mental health diagnosis. If you want to follow more of my mental health journey then follow my blog: https://socialworkjourney2013.wordpress.com. You can also follow me on Twitter: @SophieMJSYPE