I was commissioned by Time To Change to take on the role of Social Media and Evaluation Manager at the event in North Tyneside that they co-organised with Launchpad in celebration of International Women's Day. To be honest, I felt a bit of a fraud attending this event as I rarely keep up to date with the news; but I was surrounded by women who were incredibly intelligent and extremely passionate about current affairs. 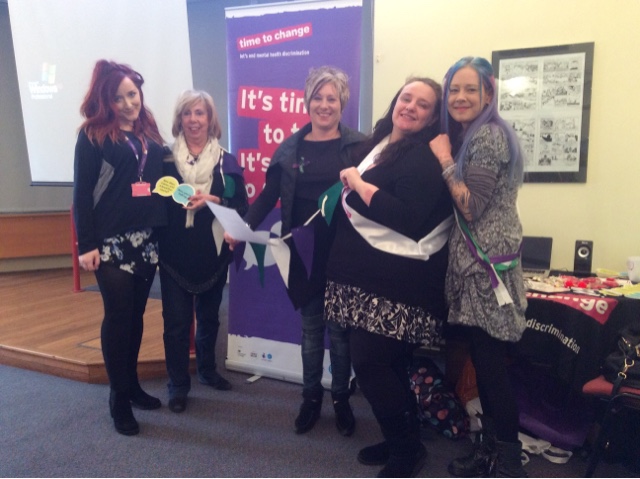 What are you most looking forward to today?
"The workshops" - Welfare Assistant Officer, North Tyneside Council
"The Mindfulness workshop" - HR Advisor, NHS
"Hearing personal stories, networking, and meeting people" - Linda Yeo and Maria Rodgers, Funding Officers, The Big Lottery Fund
"Doing something positive for women, and learning new things" - Emma, Volunteer
"After having to take time away from public events to concentrate on improving my mental health and ensuring my safety I was feeling 'out-of-the-loop;' so I'm excited to network and meet new people" - Gail Curry, Artist, Happy Planet Creative Arts
"Supporting Women's Day and having people say 'wow' at our work" - Maureen, Happy Planet Creative Arts *I'd just said 'wow' upon noticing some of the origami*
"Celebrating women's contribution to society and realising that although we still face some barriers, we can change them" - Angela Slater, Equalities and North East Regional Coordinator, Time To Change 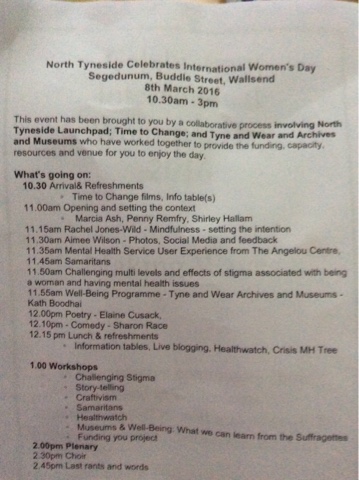 The event began with the co-organiser from Launchpad; Marcia Ash, explaining her reasoning behind organising it; "if you want something to happen in North Tyneside for women, you're going to have to do it yourself." 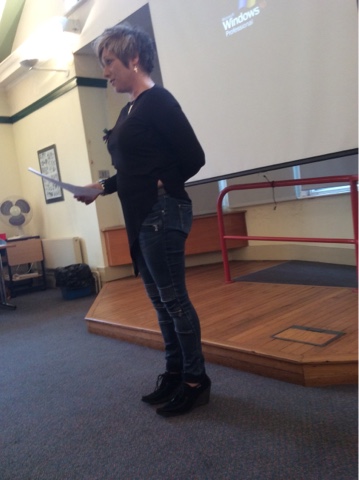 We heard about the history of International Women's Day from right back to 15,000 women marching on New York, America, demanding better pay and voting rights, from Shirley Hallam and Penny Remfry. 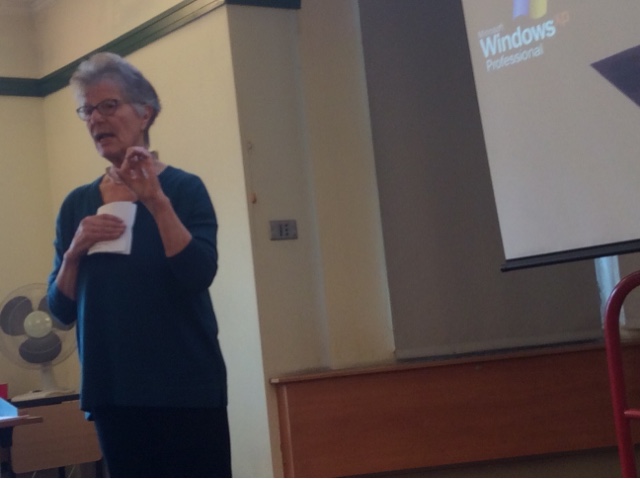 The next little piece, admittedly, threw me off-guard. If you've been reading I'm NOT Disordered since the beginning (February 2013) then you'll know the... 'Relationship' I've had with an element of Dialectival Behaviour Therapy (DBT) called Mindfulness. In short, I'd spent more than five years distancing myself from the present. From my body. My life. So I was reluctant to engage in Mindfulness exercises where the ultimate goal is to centre yourself, become completely in the moment, be aware of everything surrounding you, and ground yourself. No avoiding upsetting memories. Anyway, hearing they were running such an exercise had me automatically wanting to run for the hills. But that was the old me. Admittedly, I still didn't participate in the exercise, but I stayed in the room and recorded everyone else joining in on the session led by Rachel Jones-Wild. And honestly? It was an eye opener. To visibly see so many people in the room breath as one and to watch the recently stressed out Marcia (we were sat together) look as though her shoulders were unburdened, was incredible. It really enforced my belief that nobody should ever be judged for their coping mechanisms. 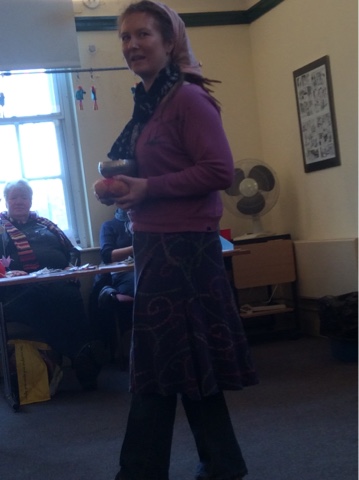 And after stifling a few giggles when late arrivals meant squeaky floorboards during the relaxed silence, it was my turn. Angela Slater, the co-organiser from Time To Change had asked me well in advance if I would get up and just tell people who I was and what I was doing for the event, figuring that was basic, I agreed. But then, I'd been asked to arrive early and so I met a lot of people as they came in and I just had this sense of comfort and confidence. I think it was partly to do with the individuals there, but also a result of my experience and the many work-related changes I've seen in myself (coming in another post). I decided that I was happy to- and actually wanted to- give a longer and more detailed speech. But then, as is customary with mental health events, we were running late. So I told everyone why I'd first began I'm NOT Disordered, how far it'd come and what I was going to be doing at the event. After the event, Marcia told me she'd been impressed at how I kept it brief but managed to still tell everyone so much that it envoked the same feelings in the audience as it would have if I'd told my life story. I think I'm getting better at the whole speeches thing!