To The Victims Who Have Survived,

Sunday, 29 May 2016
'I believe that believing we survive, is what makes us survive' - Grey's Anatomy

For a long time I was told to stop being 'his victim.' And I thought 'what else can I be?' From the moment you tell someone that you've been abused (in anyway and by anybody) professionals label you a victim. The Hospital rang the Police to say their patient had just disclosed she was a victim of sexual abuse. The Police referred to me as the victim in their reports, statements and conversations. Whenever there was a handover to nurses starting their shift in a medical hospital the handover for me would (most often) be "girl in bed such and such; Aimee Wilson. Took an overdose and is on Parvolex. She's been sectioned; she was a victim of abuse when she was younger..." The Crisis Team that would come to assess my mental state and/or my capacity would say "... and do you think that being a victim of that has made you suicidal?" In psychiatric services- inpatient, outpatient, community, everything! The next line after my 'diagnosis' on reports, files, evaluations etc would be 'victim of sexual abuse when underage.'

And yet, after all of that, at the first signs of my recovery, I was told that it was 'time to stop being his victim' and to start living my life. They meant it as encouragement; they were trying to harness some of the resentment I held towards him, and use it to motivate me to live my life in spite of him. They told me that living my life would be the greatest revenge.
But do you know what? As much as I recognise their good intentions, I'm bloody grateful that I didn't agree with them. I believed that if I had a chance- if I could recover, then I'd want to live my life despite him. I didn't want to view my life as being some sort of revenge. In all honesty, I didn't- and still don't, believe that there is any possible 'revenge' for what he has done to me. I wanted to live my life for me; and because I wanted to be alive.
Further in recovery, I realised that there was something else I could be from my trauma; I could be a survivor of it. But I'm still a victim too. I'm a victim of sexual abuse. Just as he will always be the abuser. My abuser. But I've survived it, and the aftermath! 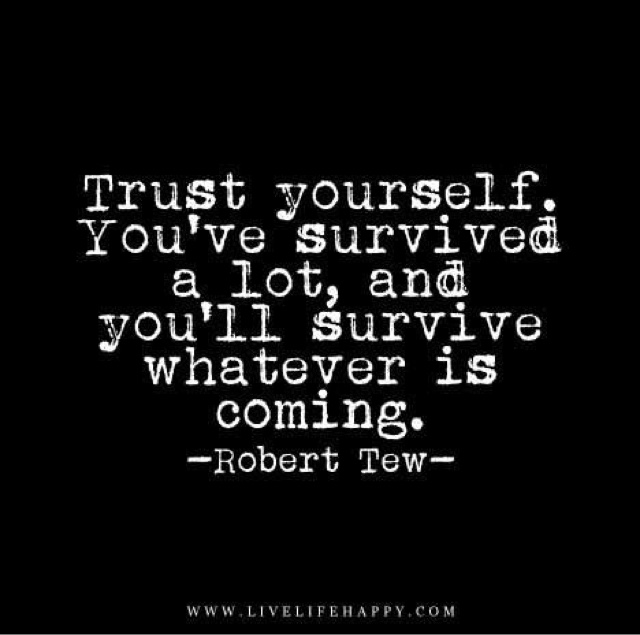 No matter what stage you're at in your journey through the aftermath of the abuse, you are entitled to think of yourself as either one of these terms, or as both. Or feel that you're changing from one to the other.
In life we are labelled as so many different things, and by so many different people. But the label that matters, is the one you stick to yourself.