For a few weeks now- maybe just over a month, I've been having a tough time; the kind where if someone were to ask what was wrong, I wouldn't have an answer. Now though, I've realized that it's been millions of different things that all seem to be happening either one after the other or a few at the same time. You know in that movie 'Blue Crush'? And it's the bit when she's fallen off her board and into the sea but as soon as she gets to the surface for air, another wave comes rolling over her and she's pushed back underwater. That's been my past few weeks.
But it's only recently that I've realized, that the majority of them have been caused by the fact that I'm not good enough. Or rather, that's what I've surmised from them. 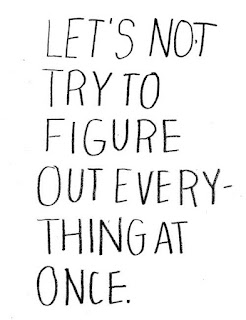 The biggest 'wave' has been this blog. Firstly, just saying that I'm NOT Disordered has played some role in my recent struggles is hard. And this is part of the problem too. You know when something happens and you have your thoughts and opinions on it (which are sad), but then you feel even sadder for having those thoughts and opinions? Well, I've been struggling with (in short) the fact that I haven't gotten many blog posts up for quite a while; but then I struggle with the thought that I'm NOT Disordered might be contributing to this bad spell. My blog has never been anything but positive, to my life; it's been an outlet for the good, the bad, and the rants, and it's the reason that I'm offered so many amazing opportunities beyond blogging. In my refusal to accept that my blog could now be having a massively negative affect, I've at least been able to recognize that it isn't really my blog doing this; it's me. I put too much pressure on myself - stressing that I'm not publishing many posts, and worrying that this'll mean I'll lose readers and subsequently, won't be offered opportunities as others will think less of me. Then I feel bad at the thought that I'm letting people down, disappointing them, and I convince myself that I'm undeserving of the success of I'm NOT Disordered and in meetings I just sit there thinking that I'm such a fraud and that I have no right to be sat there.
And with all of this going round and round in my head, I start to wonder if there's a deeper reason for the lack of posts; 'is this the end of I'm NOT Disordered?' 'Am I finished being a Blogger?'
No. I think I would know if it was finished, and if I was. And I definitely wouldn't be stressing and struggling about it all so much if I didn't care and wasn't determined to make changes.
I do care. And I am determined.
How I'm Coping
One massive development in my coping skills during these recent struggles, has been that I'm now using 'Mindfulness'! For anyone who hasn't been here from the beginning, 'Mindfulness' is a skill we were taught in Hospital through Dialectical Behaviour Therapy; and it was the one that I didn't get along with! My argument was that I'd spent the past five years (I was in Hospital from 2012 and the abuse lasted until 2007) surviving by keeping out of the moment and I was convinced that using Mindfulness skills would kill me. That allowing myself to feel everything I felt in one moment and to just be in that moment, would make me want to die. I'd rather kill myself.
The Hospital staff explained that a huge influence on this was that during the abuse - the actual incidents; I would disassociate and often remembered the incidents from the view of floating on the ceiling and just watching on. And so, I had convinced myself that this was how I'd gotten through those days and was now (understandably I hope) reluctant to do the exact opposite.
My relationship with 'Mindfulness' was one where if you mentioned to the Hospital staff that I've actually now used this skill, they wouldn't believe you. For those staff who do read my blog - I really did do it! And it really did help! There was so many thoughts whizzing around in my head that selecting one and just sitting with it, whilst the rest faded away, helped me to process the thought and decide what to do about it. 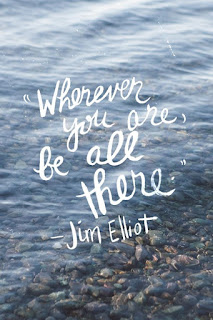