"Mental illness is not a personal failure. In fact, if there is a failure, it is to be found in the way we have responded to people..."
Dr Gro Harlem Brundtford, General Director, World Health Organisation (2001 report on Mental Health) 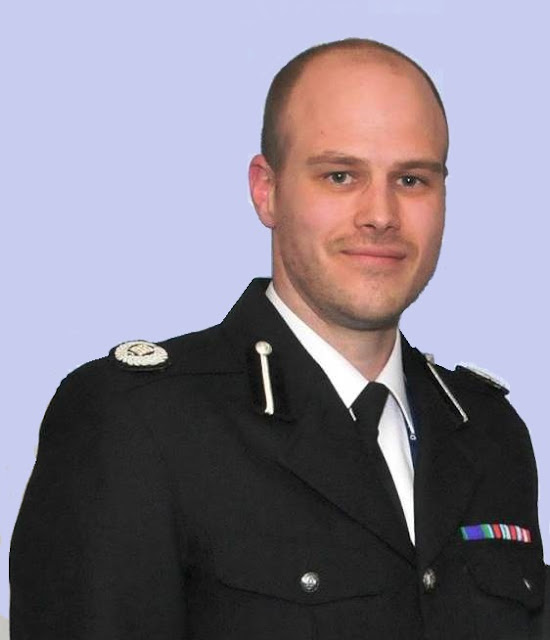 Through my policing career (as a Special Constable) I've met people suffering from a wide range of mental health issues and I've been able to help so many of them; and I hope for that to continue in the remainder of my career. But, at times, I've needed help myself...


I’d not long been promoted to Special Sergeant at a small semi-rural police station in County Durham (my first policing leadership role) when, a few days before Christmas, I was on early days with my normal shift. As we sat for our pre-shift cuppa the radio went “Anyone available for a sudden death?”
I’ve always been the kind of person who'll shout up for anything – the way I see it; I volunteer to support our communities and my colleagues, so if I can lighten their load – I’m in!
Gingerly knocking on the door, I was greeted by an elderly lady with a tear in her eye, but otherwise composed. “I’m so sorry for having to bother you” she said.
I’ll spare the details but after doing the necessary, I prepared to head back to the station. The family were on route to support the lady and my “work” was done. But some of the circumstances had touched me on a personal level and brought many memories flooding back...
As I prepared to leave, the lady repeated her apology for “bothering me” – a very 'stiff upper lip' moment. I asked one simple question: “Are you OK?” and the floodgates opened. The stiff upper lip disappeared, and I spent the next hour or so with the lady, sharing a cup of tea and doing nothing but listen as she poured out her heart.

It was nearly lunch and I had some paperwork to do so I headed “back to the ranch." It was empty apart from the Sergeant because the rest of the team were out at jobs; so, dropping the file into the Sergeants office for review, she said “Are you OK?” I’m ashamed to say; I lied. 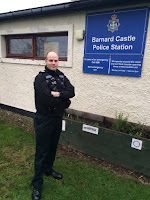 The lady dropped a card into the police station a few weeks later, after her husband's funeral. And, I don't know why, but I cried.

Despite this job being years ago, I remember the lady, and the names and faces of all those involved. But still, a few years later and the world has changed. I’ve changed. I’ve grown up; obviously in physical appearance (the receding hairline the most striking change) but also, in less obvious ways. I’ve just been promoted to Oil Rig Manager, responsible for the safety and wellbeing of my team in a hazardous environment. Shortly after promotion, I've found myself dealing with a large, and serious incident (it's still in the legal process so I won’t talk specifics). For months afterwards, I had sleepless nights (and sometimes still do), I was grouchy with my family and friends, I lost my love for the job that I had worked so hard to achieve, and I found it increasingly hard to concentrate on even simple tasks. But at least no one was hurt; were they?
I battled on - wanting to be the strong leader of my team supporting them to achieve their goals. I carried on being Boss, Dad, and Husband. I went through the start of the legal process, the incident investigations, causal learning, the what if’s, the self-blame for something I had no direct hand in initiating… the lot. No one asked if I was OK - after all; I’m a Manager, so I must be! Some of my team needed some support; and I gave them it. 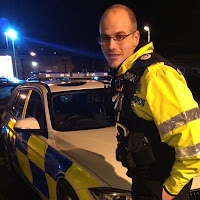 Physical well-being is something I’ve built into my life. At work; I am insistent on taking time in my day to go for a run. I’ve come to realise that it offers space to turn off and reflect – essential for my mental well-being. It was 2.5 miles into my daily run when I realised, enough is enough. I stopped, showered, and changed, before picking up the phone to call my boss. "I need to talk…"


Once I had opened the door the support was incredible; my peers offered the necessary vent path, assured me it was "OK not to be OK," and helped me work through the demons I had (unnecessarily) incubated. I got my focus back, at work, at home, and in policing.
'Mental illness is not a personal failure.'

The above is a bit of a ramble but it helps set the context for the four things I hope you take away:


1.   It doesn’t matter whether you are a leader, a man, a woman, a young person or an elderly person; sometimes, we all need to talk. There is no shame in it and it is not personal failure. The reason I lied about being OK after the sudden death was because I (wrongly) believed people would think less of me. Think I was weak. Or incapable.
It was that same internal apprehension that meant I took a while after the incident at work to reach out. It’s the same apprehension that I discovered is completely unfounded. Opening up not only allowed me to deal with my issues, but encouraged others to talk to me about their own.
2.   Building well-being into my life has proven to be incredibly important for me. It’s easy to be caught up on the hamster wheel of life- the eternal cycle of emails, meetings, problems, finances, social media and a host of other “stressors”.  I need to get off that wheel at times and running is my break. Running may not be 'your thing', but it is important to dedicate time to your well-being; whatever that activity may be.
3.   Look up, look down, look around. Regardless of our position in an organization, or within our social circles, we can all be affected by mental health issues. Only by looking up, down and around; can we see those who may need our support but may be apprehensive about saying so.
4.   “Are you ok?” - A question I ask my family, friends and staff regularly. Three simple words; one simple question, that can make the difference. That can be the key to opening the door.