PRESENTING 'The Benefits Of Blogging' IN PARTNERSHIP WITH ITV FIXERS | Ad 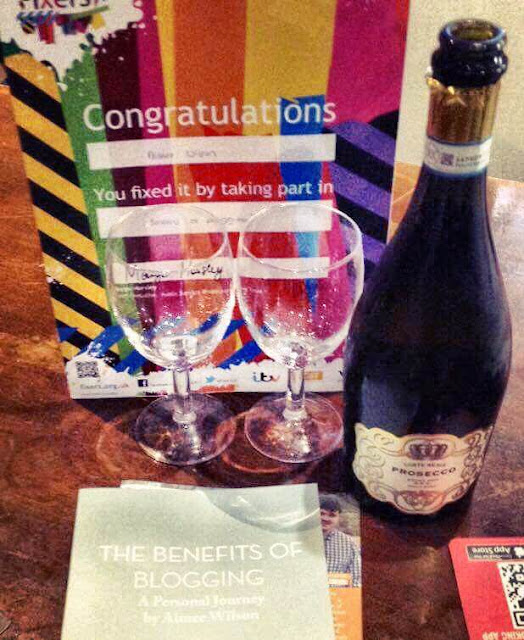 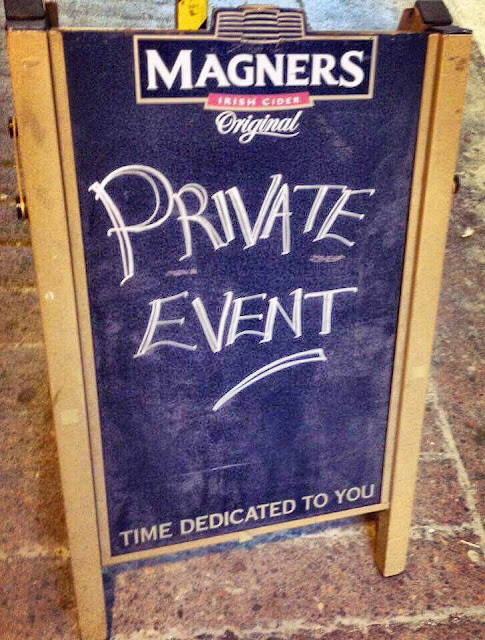 I remember, what feels like a very long time ago, when I was hired for the first time to work as a Blogger for an event. The event was hosted by Danny Bowman and I came to learn that he'd first started out his work in raising awarenesss for male mental health and Body Dymsmorphic Disorder, with an organisation called ITV Fixers. 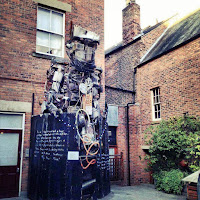 Instantly, I too, wanted to work with them; realising that they were the ideal team to help me make my blog into something. It was still the early days, but not so 'early' in that I'd already decided I wanted to pursue blogging and social media, so I was eager to get all of the confidence and passion that it seemed Fixers had helped Danny get.

I first met my Producer Emily in a Costa near my home town. I knew straight away that I wanted to write a booklet of some kind around my journey and since Fixers were all about raising awareness for different issues or aspects of life, I decided to focus the booklet on ‘The Benefits of Blogging.’ At first is was all go-go-go, but then I started getting a lot more work with organisations as I'm NOT Disordered's popularity grew too and the project went on the back burner. 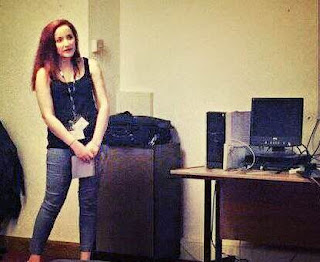 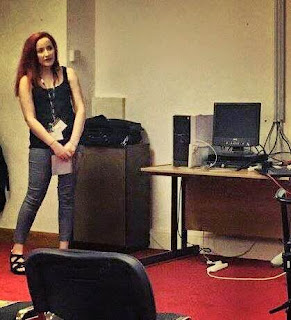 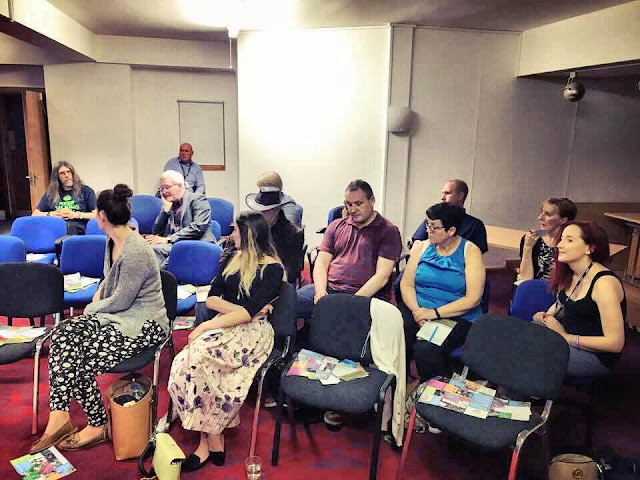 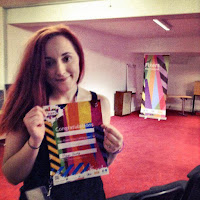 We had some design disagreements when the draft came back not quite meeting my expectations or the vision I’d created in my head. It was hard because I didn’t want to cause any upset but I’m very particular about what I put my name – and I’m NOT Disordered’s – to. Over time though, I grew to love it. I’m one of those people who is like a child with their favourites; in that I’m forever changing my mind. One time I’ll like all bright, cheerful colours and ‘vivid’ filters, the next I prefer muted, pastel shades and ‘windy’ filters. This project was one of those times – I grew to love the colour palette! Emily, and a designer and I had gotten together and I’d showed them my favourite bloggers and aspects of their site that I liked, whilst also pulling inspiration from I’m NOT Disordered. We used the text and the design of the subheadings from my blog, and based the layout and use of images from inthefrow.com. I also picked inspirational photos from Pinterest and the quotes and theme were maintained whilst the overall image was changed in order to prevent any copyright. 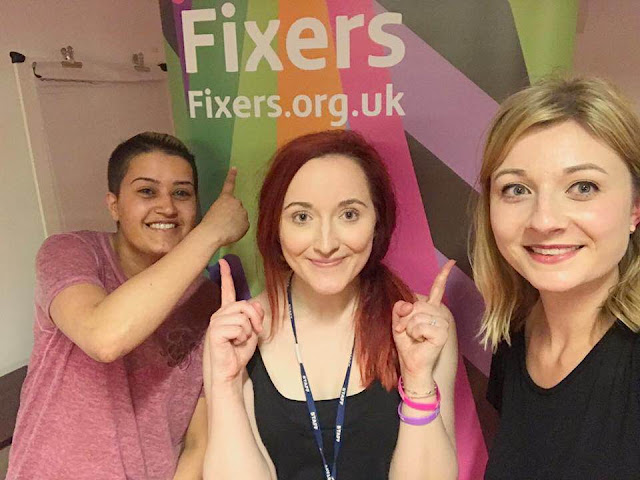 It was difficult writing the content for the booklet because it had to be a particular length and it was planned that the photos would take up one entire page so I’d immediately cut down the amount of space for text. It meant I had to keep things short – something I found hard because when it comes to blogging and the benefits of; I have a lot to say! 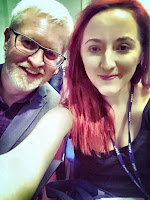 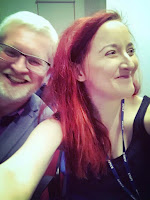 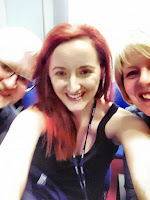 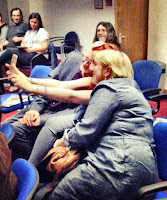 To celebrate the project completion, the Fixers team decided to organise an event that would launch all the new projects in the North East. Some of the other pieces included raising awareness of domestic abuse towards men, lack of sympathy towards fathers during miscarriages, signs of suicidal thoughts and feelings, and the need to improve Eating Disorder services. My project was the only booklet; all of the others were videos – one of them, was actually a rap all about the young person’s life and how he’d lost so many people from such a young age and then over such a short space of time. There was some really moving footage, and everyone had a five minute opportunity after the showing of their short film, to talk a bit more about their project and to answer questions the audience had.
There was a part after the Eating Disorder services film where there was some questions being asked and I was so proud to introduce everyone to one of my guests; the Chief Executive of Northumberland, Tyne and Wear NHS Foundation Trust, John Lawlor. He was able to provide more behind-the-scenes information and improvements that were still in the discussion phases. 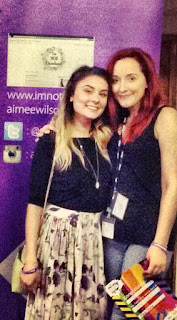 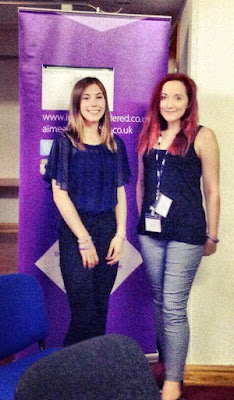 I just wanted to say a huge thank you to the amazing people who showed up to support me; John and Mrs Lawlor, Ronnie, Lauren Dewar, Rachel Wilson, Ellen White, my Mum, Martin Baker, and a few LEAPS members. 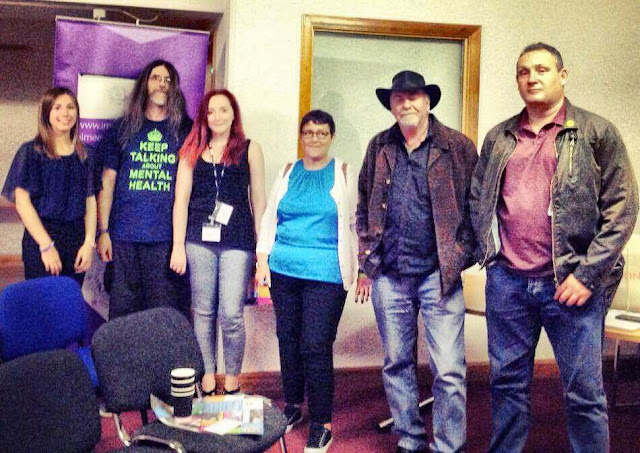