WHY I NOW OWN THE ANIMAL I USED TO HALLUCINATE | INTRODUCING PIXIE!!! 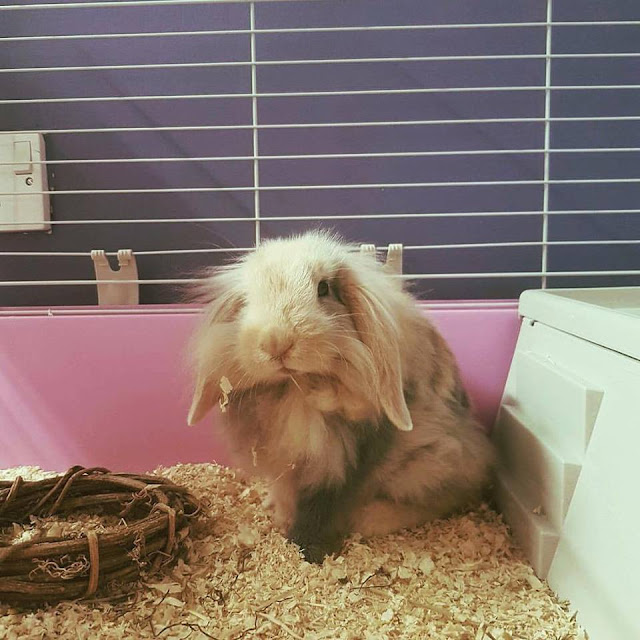 I remember when I first experienced a visual hallucination of a rabbit as it hopped across the living room right in front of me. I took an overdose.
While I was in Hospital, I was having a Mental Capacity assessment after stating that I'd rather die than accept the life-saving treatment for the overdose and continue seeing rabbits everywhere I went - knowing believing that it could only get worse.
I remember hearing the Doctor talking to a Nurse who'd asked what his 'thoughts' were; "she's seeing a rabbit jumping around the bed! Of course she doesn't have capacity! She needs sedatives and sectioning."

After that, the rabbits continued for another four years and I'd been right; it did get worse. There were times when I would see more than one. The worst times were when the rabbits were dirty. Muddy. I could never describe why that was such terrifying and I felt like people were being patronising when they'd say 'of course; it can't be nice seeing them all dirty like that.'

They became almost a bad omen; if I saw dirty ones. It was like a sign that something bad would happen. Nine times out of ten; I'd overdose to avoid that bad thing from occurring. Now I realise, that in doing that, it was probably the bad thing! 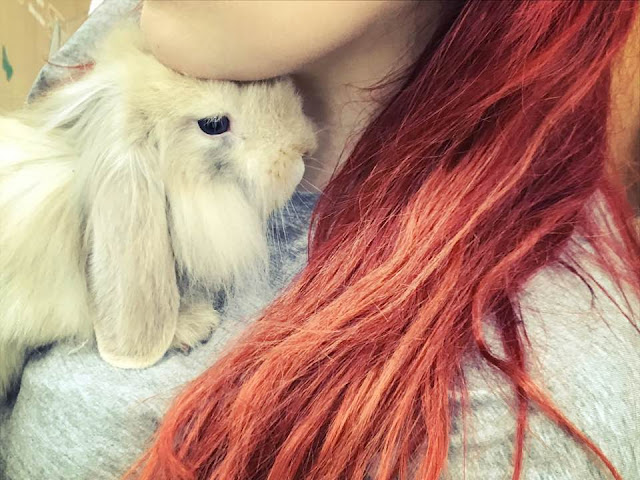 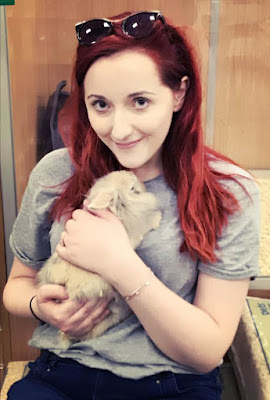 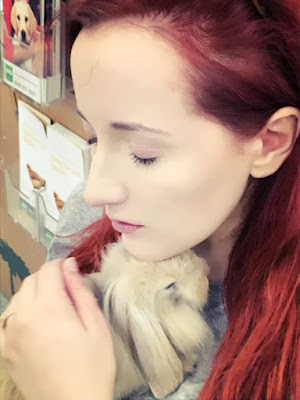 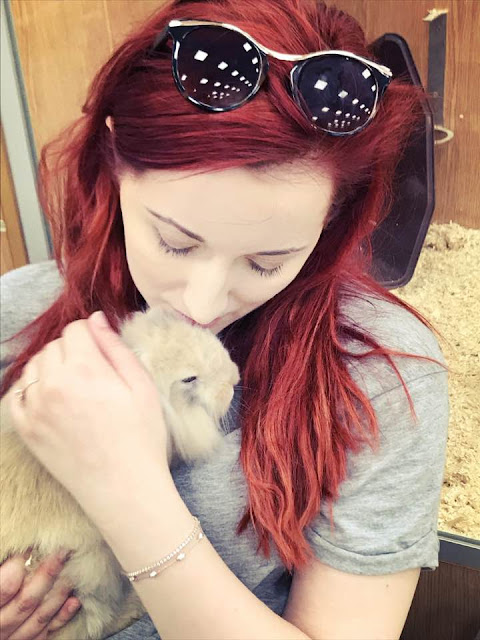 There was one time when I was sectioned under section 136 of the Mental Health Act (1983) and had been refusing to co-operate with treatment for an overdose (if you’re new to I’m NOT Disordered, overdosing was basically my way of self-harming other than the four times that it was actually a suicide attempt), and I didn’t want to stay in A&E to be assessed by the Crisis Team. I’d tried to run so many times that I’d been forcibly administered an injection of a sedative. Then the Police officer who’d been sat with me (typical procedure on a 136) swapped with a female officer and after noticing I’d been staring in the space beneath an empty plastic chair in the corner of the room, the officer asked what I could see. I told her it was a rabbit. She picked up the chair and stamped her big black boot down on, what was to her empty space, the rabbit. He melted into a muddy puddle and was gone. From that simple action, I had trust in the officer and faith that she knew what was the best thing to do so, with her by my side, I co-operated with the Mental Health Act assessment and when I was sectioned, I didn’t make a fuss. We found out that the Ambulance to take me to the psychiatric hospital would take a few hours so the police officer said that because she’d built a rapport with me and I’d been settled with her, she’d take me in her police car.
This is something that I’ll never forget and from then, whenever I saw police I always had this good memory that let them give them the benefit of the doubt. It increased my respect, trust, and faith in them, and left me feeling a little braver and stronger in battling the rabbits – now I knew how to get rid of them; or what to ask others to do to help me get rid of them. When I was in Cygnet Hospital, staff would let me stay out of my bedroom whilst they did a full sweep to chase all of the rabbits out.
It's strange because I knew that they couldn’t see them. So it would’ve been really easy to feel that they were being patronising but at the time, I was too scared to get into such confusing and conflicting thoughts and feelings. It was easier just to be grateful to them. Knowing that they believed I could see the rabbits. They believed in me. And they believed that I deserved to be without them. 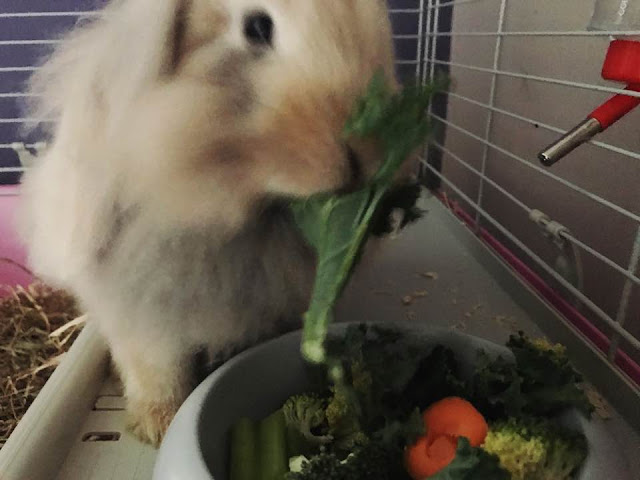 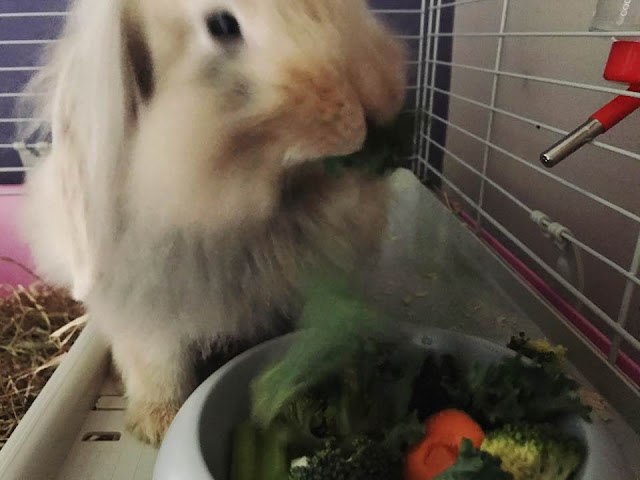 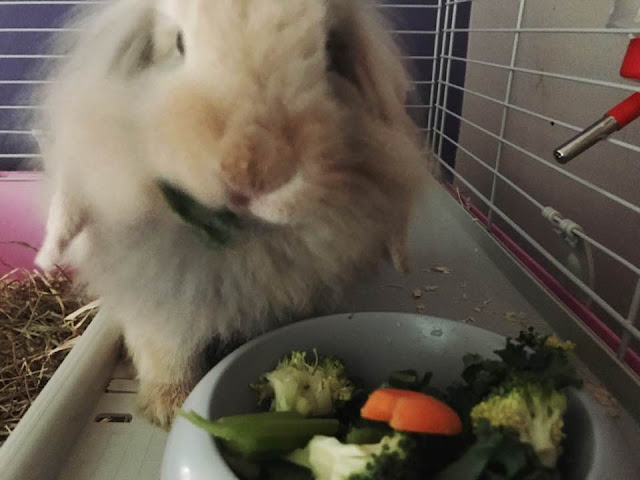 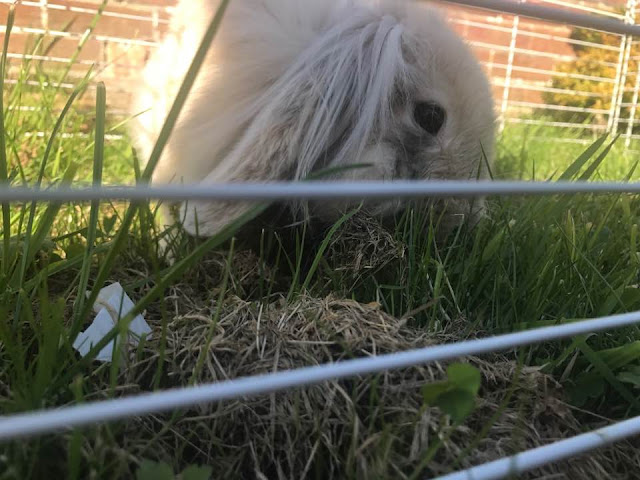 Quite a while ago, I began seeing rabbits again. Three days later I was in Pets at Home and decided to ask a member of staff if I could hold one of their rabbits. I wasn’t sure why I was asking since I’d asked before and been told that you’re meant to come in on particular days and at particular times if you just want to pet the animals. But she (Kelly) said yes. I already had my eyes on this one little fluffy bunny with lop ears and asked to hold her; when Kelly went into the pen she had trouble trying to catch the bunny and an even harder job trying to keep hold of her but once she was in my arms she settled right down. And something hit. She felt right; in my arms. I started crying and all of a sudden I had this strength in me to tell my Mum that I’d started to hallucinate again. The member of staff ended up crying and after photos and finding out that if she hadn’t been sold then it’d be possible to get the bunny the next day, my Mum and I left the shop and I got on the phone to my GP. I told her I wanted to go back onto my anti-psychotic medication and when she asked why and what had happened, I told her that I’d cried when I held a rabbit. How I’d been so relieved to be touching a real rabbit and was so happy that everyone else could see it; that I’d cried. It was like a release. Like when you have pent up anger and can suddenly take it out on something/someone.
I bought the bunny with Ronnie (my Fiance) the next day. And we called her Pixie.
Pixie’s Favourite…
Food: celery, kale, spring greens, apple & frosted shreddies! (She likes her food!!) Oh! And cat food!
Activities: lying in the cat litter tray, eating (!)
Toy: ring made of intertwined twigs! 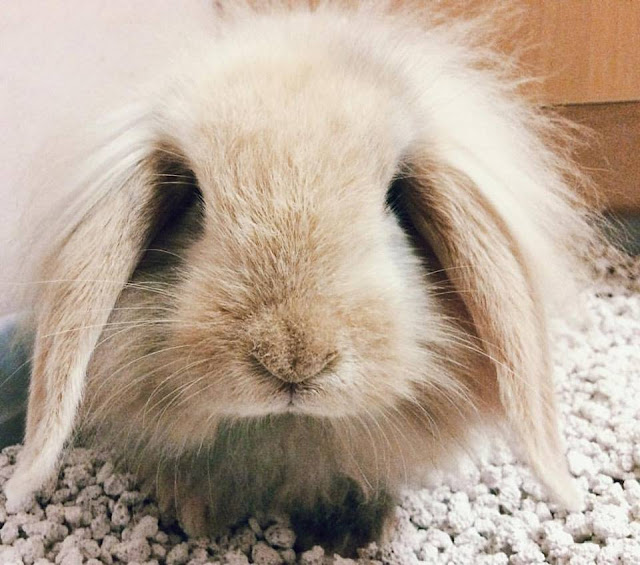 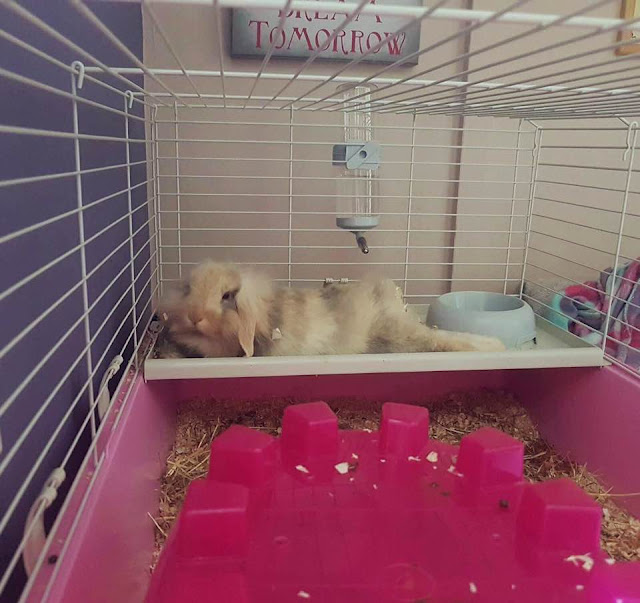