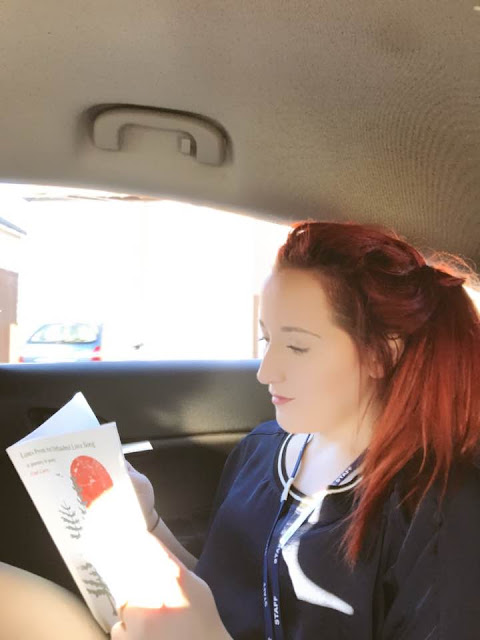 Welcome back to more Lines From An Unfinished Love Song chat!!


If you don’t have a clue what I’m on about, here’s the previous three posts:


This feeling only worsened when I read the first poem; ‘Lost’ and identified 100% with Gail’s words.


‘A day seems longer than a day


When the only voice that’s heard comes from inside me.’ 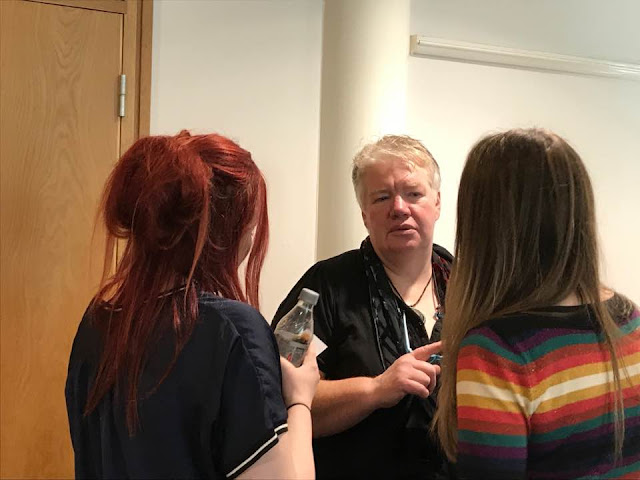 As Gail writes about having no one to eat her meals with or to share her thoughts with; I identified through focusing on my thoughts and feelings when I was experiencing auditory hallucinations. It was strange hearing voices so regularly but still feeling all alone, but I think it was to do with the fact that no one could hear what I could. No one knew what was being said to me; but me. And if no one knew it existed then how could anyone believe that it did. Reading Gail’s own experiences of loneliness that had inspired her writing, I feel kind of lucky that my own experience wasn’t of a relationship.


There were many more poems in the second part of the book that I could relate to; the next one being ‘Pain conundrum.’ I think it’s something that everyone can identify with – that difficulty in separating the emotional pain and the physical pain, and wondering which hurts more. This battle is ironic because I used to inflict physical pain to try and ‘take over’ from the emotional, I thought that making another part of my body hurt would distract from the fact that my head was so full of detrimental thoughts and feelings. But then I’d suffer the consequences of the self-harm e.g. hospitalisation, psychiatric assessments, being sectioned; and the emotional pain would become more powerful. To make the ‘conundrum’ even tougher; I’ll never forget this one time when I’d had a cyst on my ovary and it had ruptured so I was in A&E having a cannula put in for morphine and I commented that I didn’t even feel the needle and the Doctor told me that is how they know when a person is in genuine pain because something less significant will not hurt compared to what is actually wrong with them. 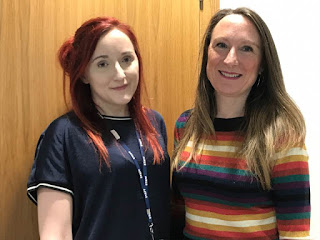 ‘Am I struggling to breathe or just fighting to cope?


I wish it mattered either way


But it is irrelevant


Is that so hard to understand?’


I faced some confusion when I reached ‘My mask’ because the first words in the comment afterwards, were ‘I don’t like this poem, it is a pretty painful reminder…’ and upon reading that, I contacted Gail, asking why she had included the poem in the book. Her reply?


‘Because I think it’s an important poem about the stigma of mental health and how I felt I had to hide or protect myself from the people I thought might help me.’


I was pleased to find more pieces that rhymed such as ‘Lost without you.’ In this poem, Gail talks about the impact of losing Lena (her wife) and how it seemed to affect every aspect of her life, and herself as a person. Some of the lines rang true to me as descriptions of some of the ‘symptoms’ of Borderline Personality Disorder (the mental illness that I once suffered/battled with). The first described the ‘symptom’ of disassociating from people, and life in general: ‘I left the other world behind before it swallowed me…’ Secondly; loneliness: ‘I’d hear a voice in a crowd, turn my head, but no, it was just my wishful thinking, a distant quiet echo.’ And finally, one of (in my opinion) the most debilitating ‘symptoms’; difficulty in having a sense of self, feeling like you don’t know who you are. ‘I doubt myself so easily, there’s nothing deep inside, no substance, no resilience, no sense of self resides.’


One of the two longest pieces in this second part of the book is ‘War and peace’ where Gail makes some incredible analogies between traditional warfare and mental health. I like that it is straight-forward and easy to understand what it means and not to take the literal meaning of parts. Another piece just like this is ‘Life cycles’ where Gail successfully, and perfectly, using analogy to illustrate the different ways of living to cycles on a washing machine. For example, she associates those who might be more vulnerable, to ‘delicates’ who need to ‘stay cool, live with care.’ Then there’s those who live in the fast lane, are compared to living ‘life in the fast wash, for a dare.’ Those who may just lead average lives are on the ‘main wash, stay down the middle, never deviate left or right, whatever gets them through the night.’ Economy was is associated to those literally living that kind of lifestyle: ‘always a struggle to make ends meet, in hot water, tangled, a muddle, all washed up, out on the street.’ Gail then discusses the difference between those who ‘have it all sorted’ and ‘troubled souls.’ She asked if we should envy those who are ‘confident, laid back, dried flat’ or ‘tell ourselves they sometimes get limescale.’ Finally:


But some troubled souls


Asking what does life mean?


When family and friends check the label


They find, too late


At the public launch of ‘Lines From An Unfinished Love Song’ Gail elaborated on the piece ‘Finding my voice.’ She spoke about the importance of June 4th to her recovery of her voice and sense of self. She talking about the realisation that a knife to her throat could keep her silent, as could PTSD and stigmatised responses from professionals; but her writing? That was her voice. No one could take her writing away from her.

The second largest piece in the second part of the book is ‘Risk assessment’; in which, Gail uses her unique humour to tackle the subject of her ‘Amygdala’ and all of its’ instructions and numerous, strange, requests; e.g:


The latest email from my Amygdala declares


The current threat level as ‘Severe’ and reads:


You must be hyper vigilant at all times

The final poem was ‘The Good Doctor, the tree and me’ and even just from seeing the title, I was happy. I that if I were to have a book published or have a project of this magnitude, I’d want to mention/praise/thank several professionals who I’d label as having a huge part in my mental health recovery.

To say that Gail’s public launch event went well, would be an understatement! Whitley Bay Library (the venue) was completely full and everyone was so supportive and showed a lot of emotion around Gail’s readings of a selection of piece from the second part of Lines From An Unfinished Love Song.
Labels: achievement, book, career, changes, collab, coping, creative, details, doctor, event, experience, friends, mental health, networking, productive, recovery, series
SHARE:
Newer Post Older Post
Home