"THAT'D JUST BE MADNESS" | MY THOUGHTS ON MY RECENT OVERDOSE 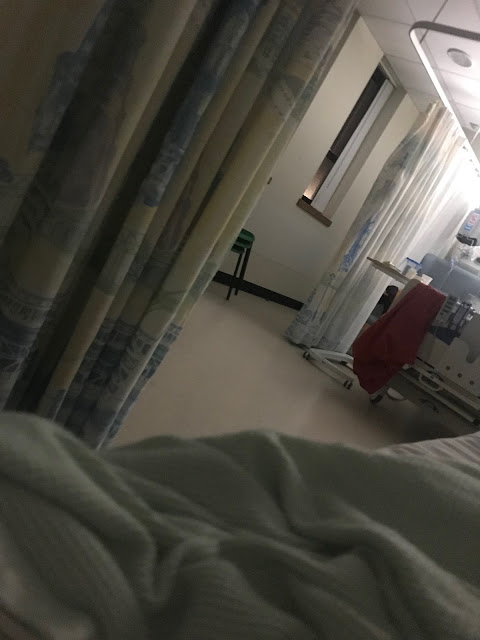 On the Monday morning I had an appointment regarding my benefits and after arriving there early, I decided it was a sign to overdose. Finally.

It’d been a thought for quite a while now and I’d tried to use all of the coping skills in my arsenal to manage the urges; even using self-harm (http://www.imnotdisordered.co.uk/2018/03/lets-be-honest-about-self-harm-my.html) to try and abate the voices’ (http://www.imnotdisordered.co.uk/2018/03/how-it-feels-to-hear-voices.html) commands to overdose!


In my assessment the Doctor asked me when my last overdose had been; “well… right now” was my reply. She ended up calling an Ambulance and as much as I didn’t want to go to Hospital, I finally agreed because, to be honest, I didn’t want to put that drama on the Doctor. The voices were still loud, and I knew that I needed to take a larger overdose before they would quieten down, but my promise to get help once I was finished (the overdose) and they were quiet, wouldn’t stop their insisting that I go to Hospital and see an A&E Doctor.

Once I was there, I had to have a ton of tests to check the levels of paracetamol in my blood to decide whether I needed the antidote treatment (Parvolex) for the overdose. Luckily, I was meant to have a support session with Richmond Fellowship that day and so my support worker came to A&E to sit with me but when she had to leave I was ready to follow her out of the automatic glass doors. The Doctor tried to take my bloods again and failed and she was about to attempt again, stating that I was going to have a decent bruise from her last go, when I burst out crying. “How come everyone has the right to hurt my body except me?” She tried to calm me down and convince me to stay but I took my coat and bag and ran as fast as I could in my red heeled boots. My first stop? The toilets of M&S to take some more paracetamol and then I took the next bus home.


After packing a bag, stroked my cat and rabbit, and talking to my Mum there was a knock on the front door and the back door and I spotted fluorescent before opening the door to find a police officer stood there. It soon became apparent that I was surrounded; the knock at the front door was the Sergeant and within minutes three more officers arrived. When they explained that they couldn’t leave me at home, I had to go back to A&E and that I had to have someone sit with me there. There was a heated discussion when I told them that if my Mum sat with me I’d still run away if the voices told me to and the Sergeant was particularly rude, hostile, and abrupt with me. After deciding that they would be my company in A&E, I got in the van with two of the officers and as we headed back to the Hospital they explained that they agreed that she (the Sergeant) had been that way with me and it came out that I’d actually trained one of the officers! So, four out of five isn’t bad! And luckily, the two who came to the Hospital were lovely, comforting, and kind.


Back in A&E, there continued to be a number of discussions between the Doctors around whether or not I needed the treatment; the issue was around the fact that my overdose had been staggered (I’d now taken it across the course of the day) and my blood results were taken too early to properly determine the need of the treatment. Eventually it was agreed that I needed the medication and the attempts began to put a cannula in my vein to administer it.


This next part is hard to write about, I wasn’t 100% sure on talking about it but I like to be honest and share as much as possible with you guys and this is a huge part of my current mental health… status, now… 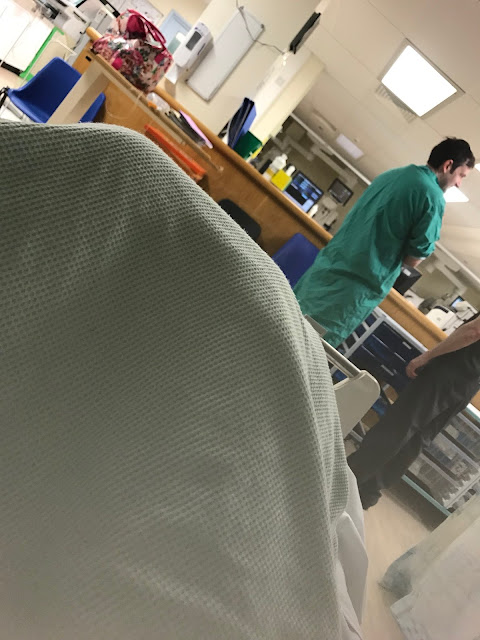 My Mum came to the Hospital to give me my overnight bag (I’d left it at home) and told me that my partner – ex partner – had been rude, impolite, aggressive, and had sworn to her friend. And he and I split. Whilst I was sat in A&E being treat for an overdose with police alongside me. In that moment, I learnt what heartbreak was. My heart physically hurt when I was told, and a million feelings raced through my body that ranged from disgust, hurt, and furious, to regret, loss, and sadness. I felt my breath catch in my throat and my breathing became erratic and my hands tingled from being so over-oxygenated. I was having a panic attack.


After calming down, my Mum left, the Police switched with the late shift, and a bed was ready for me on the Medical Admissions Unit (MAU), my cannula stopped working and there were a few more attempts - I think we got to 10 before they were successful, and I was moved to MAU. Within an hour it broke again, and a surgeon had to come down to use an ultrasound to place another; and when that broke, it was decided that I needed a central line. I was moved to the High Dependency Unit and after a few more attempts, the central line was placed, and my treatment finally properly began!


During the following day I struggled a couple of times and the voices in my head were loud and I couldn’t cope with it, so I fashioned myself a ligature and hid under the bed sheets before I was found, saved, restrained, and sedated.


I completed my treatment and once I got home I was put under the care of the Crisis Team. They came to see me and gave me the opportunity to tell them everything that had gone on in the past 48 hours (it was now Wednesday) and it took about an hour! Afterwards, I felt some relief.


Today (Thursday) I’ve just seen a Psychiatrist from the Team and she was so incredibly helpful; advising me on utilising my medication and using my Dialectical Behaviour Therapy (DBT) skills and coping strategies. She explained to me about The Bucket Analogy and how everyone has a bucket in their heads and the size of it is dependant on birth (so, genetics) and trauma and everyone has holes in the bottom which are your coping strategies so that can let the water out to stop it getting too full. But everyone has the chance for it to get full and leak over the sides. That is mental illness. And it’s about how we cope when it does overflow. I explained that it felt like there’d been a cloud over the top of my own bucket that had just burst open and flooded me. It had felt sudden. But really, when we talked about it, we could pick out several stressors and incidents that’s happened over recent months that could have contributed to the spill. She advised that I take some ‘me time’ and do the things that I like, try not to let myself worry about other things, and to use the Crisis Team as scaffolding. “You’re not alone; you can be strong and independent but we’re there to back you up and hold you steady” – and everyone needs someone like that in their life.


Finally, I just wanted to say a quick thank you to all of my friends, family and followers/readers who have sent me ‘get well soon’ messages and tweets of support.
And to: Doctors Jess and Tom, Nurses Tara, Sam, and Ashleigh, and Healthcare Worker Jed! 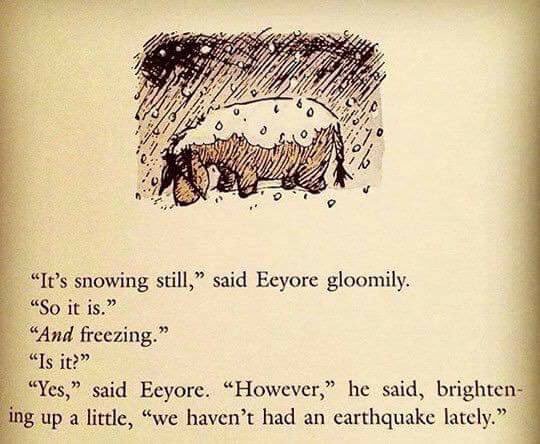