THE IMPORTANCE OF TELLING YOUR STORY


You’ve got the words to change a nation


But you’re biting your tongue


If no one ever hears it how we gunna learn your song?


Emeli Sande – Read All About It (pt III) 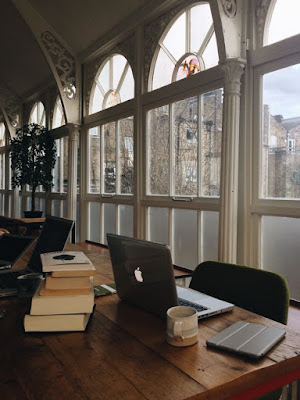 I’ve recently had a few bits of media work going on – filming with Channel 4, the BBC, Richmond Fellowship, and Northumberland, Tyne and Wear NHS FoundationTrust, as well as an interview with Koast Radio – and it got me thinking about my decision to tell the world about my mental health journey. And I’d like to encourage others to do the same.


When the abuse first began my instinct was to tell someone about it; to report it. His threats and warnings didn’t really matter when the real reluctance was coming from inside my own head. I was so afraid that I’d be judged for what had happened. That people would look at me differently and believe that I’d deserved it. They’d think less of me. Because ultimately, when abuse is reported – no matter who to – and one person is denying it ever took place, a person has to decide who they believe. You have to choose a side. And I didn’t know how I would cope if the people I knew chose his. Would it mean that actually, I hadn’t known them at all?

Another reason for my reluctance to speak out was the surreal doubt in what I would be speaking about. It was all so surreal – in a way – that I often wondered if I was imagining the entire thing. I think a large part of that came from the fact that I’d disassociate whilst it was happening. I couldn’t bare to feel all of the overwhelming emotions, so I blocked them out. Blocked it out. I used all of the energy I had to distance myself from the situation and pretend that I was somewhere someone else. I was watching this poor girl having all of these horrible things done to her. I think I thought that if it hadn’t been done to me then maybe I wouldn’t want to die. Maybe I’d be happy with my life. But of course, it didn’t work - the physical pain meant it didn’t work. But it meant that when the time came to finally report the abuse, the part of me that wanted to pretend it wasn’t real, was crushed. A piece of me was lost forever when I finally told people what had happened to me. I’d forced myself to accept what had happened and taken away what little opportunity I had, to escape my past. This meant that dying seemed like a welcome relief from the overwhelming memories that now flooded my head.


The Police interview was probably one of the hardest things that I’ve ever had to do; and I’ve done a lot of hard things in my life! Going into all the details of the abuse and even just saying his name, was so completely challenging that I felt suicidal after it. Two years of avoidance was ruined in just one hour.


Reporting the abuse also came alongside me finally telling the mental health professionals that I was experiencing auditory hallucinations. Up until that point, they had all been floundering, wondering why on earth I’d overdosed and wanted to die. Being sectioned and admitted to a psychiatric hospital, I met other people that were hearing voices and all of a sudden, I wasn’t so alone. I wasn’t so ‘crazy’. Talking to the staff on the ward meant that finally people could have just a small bit of understanding. And that has been a huge motivation behind my openness around my mental health story. I’ve learnt that a better awareness and education in mental health can be an essential way in conquering the stigma of it.


Starting I’m NOT Disordered, I never imagined that I’d be telling my story to almost half a million readers!


I began blogging to document my journey through Trauma Therapy and only ever imagined that my family and my friends on Facebook would care enough to read it. I think that when I reached 100 readers I began to realise that perhaps the public also cared! I made the decision to continue blogging anyway when I learnt that I could use this as an opportunity to teach people more about mental health and especially; about inpatient psychiatric services. I also had to decide whether I’d talk about the abuse online. I knew – and it was reiterated to me – that, for legal reasons, I couldn’t disclose the identity of my abuser. It was incredibly annoying knowing that if I were to just talk about two details of the abuse, those who knew me during those years could guess who my abuser was. I knew that said a lot about him. But I’d come to believe that I couldn’t continue blogging without disclosing the abuse; I just had to limit what I disclosed. I made my decision on the basis that I didn’t want people to read about my self-harm, hallucinations, and overdoses and wonder what on earth could have caused it. Some would say ‘it’s none of their business anyway’ or ‘you shouldn’t have to justify yourself.’ And they’re right, but you can’t deny that people make these assumptions about how someone could be depressed or suicidal when they – seemingly - have everything in life. It just proves my point that the more we talk about mental health, the more we squash the stigma of it.


I’d say that if you decide you’d like to begin talking about your own mental health story then it’s wise to firstly, consider all of the possibilities in regard to negative responses. Putting yourself out there in this way make you incredibly vulnerable and it might pay to ensure that you have a support system or just someone who can be there for you in case you did get upset. It’s also important to choose what media channel you’d like to use in telling your story e.g. do you want to make videos on YouTube or write a lengthy Instagram post with images of quotes that mean something to you, or maybe you want to actually start an entire blog about your mental health. Once you’ve chosen your media I’d recommend doing some networking in that industry and getting to know others who may go through the same experiences as you.