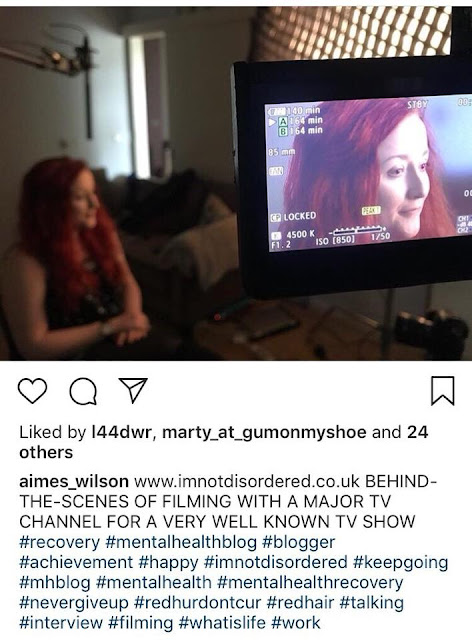 I write this off the back of my appearance on the Channel 4 documentary series Dispatches having just interviewed on their special episode going undercover with the largest social networking platform; Facebook!


The amount of praise and just all-round positive comments I’ve been getting has been crazy and I’ve had so many people ask how I managed to stay so calm as I appeared in my interview. It was questions like these, that have inspired this post where I’ll be talking all about the best things to do when you’re having a media appearance – no matter what the medium.


Often when you’re asked to interview with media, it’s about a particular – and often controversial – experience/event/comment etc and they want to know your opinion on the matter. It’s extremely important to not come across as argumentative because that’s a quality that trolls (online bullies) will jump on as an excuse to give you negative feedback. Staying true to yourself and your opinions in pieces like this is very important and you need to go into the interview thinking ‘they actually care about what I have to say.’ Not only is it the truth (they wouldn’t be featuring you if they didn’t care what you have to say), but it’s also validating and this, in turn, is a huge confidence boost that is essential in doing media appearances. If you already have an idea on the questions you’ll be asked then take the time to think about your answers prior to the interview; I wouldn’t recommend actually planning the answers and writing them down because often that looks too forced and makes for an uncomfortable interview. Depending on the medium you’re working with, it might be important to make your message and the key thing that you want the audience to know, very clear and concise so that it will hopefully make it through the editing process.


I remember my first appearance on BBC national news and we’d done hours of filming to have edited down to about ten seconds! It was the first time I’d experienced the editing process (previous appearances e.g. MADE in Tyne and Wear, BBC Midlands radio, The Chronicle, Daily Mail Online, and Take A Break all kept the entirety of my interviews with their reporters) and I was – admittedly – a little bit heartbroken to see something I’d put so much energy and passion into, be scrapped to ten seconds worth of footage! After learning this though, and realising that this was very likely to happen in future projects, I didn’t struggle so much when it did. With this in mind, I was so happy with the length of time I had on Channel 4’s Dispatches! I think that I probably put too much value into the length of time as opposed to the impact and importance of what is actually being said.


Over time, I’ve learnt that it’s ok to actually request that something is done – or not done, in my media feature. Personally, I felt like I had to earn this right, but looking back; I’d say that you’re entitled to this. If what you’re saying and doing is so important to the organisation/platform then they’ll accommodate any requests, you might have. Obviously, this doesn’t include things like ten bottles of sparkling water or puffed up settee cushions! But things like ‘can you use this picture of me please?’ and ‘will you edit that bit out please?’ are understandable and – in my opinion - acceptable. Speaking to the media can leave you feeling quite vulnerable so it’s important to do whatever you can to be more comfortable and confident.


I understand everyone is different and that for some people, speaking publicly or interviewing, might come naturally; but – at times - it’s been incredibly hard for me. Blogging about my mental health seemed to come naturally as I’ve always been a write but I never, for one minute, thought that my blog would end up being featured in the press. Opening up about your mental health or a particularly hard time in your life can be destabilising as it could lead to triggers and reminders of that time in your life. If it’s something that you hadn’t thought about for some time it’s reasonable to say that talking about it can impact on your mental health. Even if you think it hasn’t, it’s important to talk to someone who can support you after the media appearance so that they can help rationalise any unhealthy thoughts or emotions that may come from talking about some of the worst times in your life.


5.     FIND A MOTIVATION
I’ve never been one to blow my own trumpet so being interviewed on all of my accomplishments, the opportunities I’ve had, and the huge steps of progress I’ve made in my mental health recovery and the popularity of my blog; was difficult. In the end though, I’ll be the first one to say that my blog is my greatest achievement in life and to hear that I’ve helped people from writing about my mental health and the trauma I experienced, has been a helpful motivation in convincing me to do media appearances. I always want to better I’m NOT Disordered and if talking to the media will do this, then I’ll throw everything I have into it.