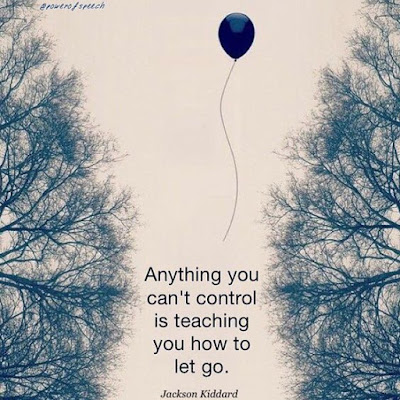 Losing Dolly has got me thinking about how one of the key reasons for my two-and-a-half-year admission in the Psychiatric hospital Cygnet Bierley, was so that I could be taught Dialectical Behaviour Therapy (DBT) – the recommended support for those diagnosed with a Personality Disorder. When I was first admitted to the hospital my only coping skills were through several different methods of self-harm so being unable to do that yet still only learning the healthy, safe coping skills DBT teaches you; was more than challenging. It felt impossible.


Our group DBT facilitator would have us keep a diary of which skills we’d used on which days and under which circumstances. She told us that we’d know that we had mastered the skills when we could no longer remember which skills we’d used during the day because they’d just come naturally. Something I wasn’t told, however, was that even when the DBT lessons were done and I was discharged, I would still be learning about it. I’d still be developing my skills, favoring different ones and using them in different ways. Where I’d once loved distraction techniques, and hated mindfulness, I’ve now learnt that sometimes I use distraction to an extreme, unhealthy and unsafe level and have found that mindfulness is massively helpful in grounding me when I’m overwhelmed by hallucinations or thoughts of self-harm.


I think that using distraction as a coping skill might have started sooner than you’d assume. You’d think it probably started when I began to discuss my trauma; but it didn’t. It started when I was going through my trauma. It was like there was this one big thing happening in my life and I couldn’t control it; so, I turned to something that I could – food. Stopping eating properly and losing weight was my distraction from the abuse. It told me that my life wasn’t only about this one, horrible thing. There was another huge thing going on; but this time, I had caused it. And not only did it distract me, it also distracted people around me; my friends became bullies that called me a skeleton, my Mum worried when she could see my hip bones, and the teachers were always asking if I’d had breakfast or lunch that day. It was hard to come to terms with the fact that there was this one thing in my life that I wanted to stop but, I was the reason that people weren’t figuring it out. The reason that people weren’t realizing I was being abused.

“Distractions can be disastrous if they are allowed, they will steal precious time and energy from most important things that matters in life.” ― Bamigboye Olurotimi


When the abuse ended, I had to find a new coping mechanism for the horrific daily memories. Distraction didn’t seem good enough anymore, so I tried forgetting about it. Tried squashing it into a little box right at the back of my mind and put a really tight lid on it with a lock. I was told by several professionals that I’d found it surprisingly easy to do this because when I did think of memories of the abuse, I was watching it happening to some other poor girl. I’d dissociated during the abuse and it made it easier to distance myself from it. I’d gone from distracting myself from the abuse to denying that the entire thing had even happened. And when that stopped working… I went from one extreme to another and attempted suicide.


When I was put into Cygnet, there could be no more distraction or denial when the staff were so adamant that talking about my trauma was the best way to improve my mental health. There came a point - halfway between my hospital admission and my recovery - where I not only realized they were right, but also that I wanted to improve my mental health and reduce my self-harm and would do whatever was recommended to make it happen. Doing that meant finally accepting that the abuse had happened and that I’d coped with it in all of the dangerous ways I had. 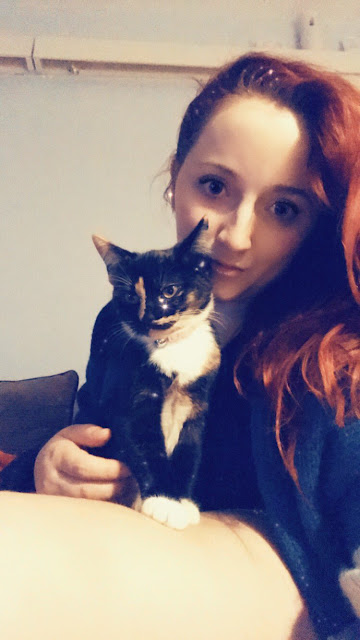 Losing Dolly and getting Emmy has made me think a lot about all these different ‘stages of grief’ and how they can sometimes be about getting the balance right between the stages and the exact opposite coping skills. Like, the line between denial (supposedly the first stage of grief) and distraction. Is there a point when you’re distracting yourself from something so much that actually, you might just be in denial that something has even occurred? Or does distracting yourself mean that you have accepted it happened and are just using that as a coping strategy? Did I get Emmy to distract me from the loss of Dolly? Or did I get Emmy because I can’t bear to acknowledge the loss of not having a cat in my home?


Emmy came home with me for many reasons… but the one thing that made it possible for her to come home with me at all, was losing Dolly. And I can’t move forward with Emmy in my life if I don’t acknowledge that Dolly is no longer here. And it hurts. Accepting Dolly has gone bloody hurts. But she wouldn’t want me to be in pain. She’d want me to be happy and Emmy makes me smile and laugh every single day.


IN MEMORY OF DOLLY I'VE SET UP A JUSTGIVING PAGE TO RAISE MONEY FOR HER VETS BILLS. IF YOU CAN CONTRIBUTE ANYTHING AT ALL IT WOULD BE HUGELY AMAZING!