WHY WE NEED TO STOP THE BLAME GAME IN ABUSE 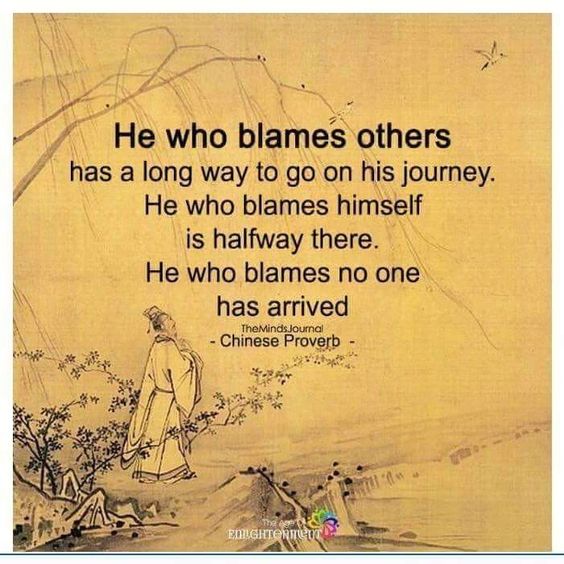 
1.     assign responsibility for a fault or wrong.


"the inquiry blamed the engineer for the accident"


"his players had to take the blame" ·


I first experienced blame when the abuse began. That sounds obvious. But actually, the things that were said to me by my abuser led me to blame myself for its occurrence. Maybe I deserved it. Maybe I was such a terrible person that I deserved it. It’s so much easier to blame yourself for all of the bad things in your life than it is to blame another person. And by easy, I mean that it doesn’t take much thought; you don’t have to think about whose fault it is. It was yours. And that’s it. And when numerous bad things seem to be happening to you it’s easy to get it into your head that since you are the common factor in all of these things then maybe they’re your fault. I guess it’s all about where you are in the life lesson that it’s not always bad things that happen to bad people. In fact, it’s more common for bad things to happen to good people and for the bad people to have good things.
Then there’s the development of beliefs about karma and that eventually something bad will happen to that bad person and that actually, the bad thing that happened to that good person has had a positive impact – it’s made them stronger or has enabled them to help others who have a similar experience. It’s hard to look at my abuse and say that maybe it was worth going through it if it’s made me stronger, more trusting, more honest and truthful. And if it means I can help others when they’re in the darkest of places perhaps I can be almost, grateful for it? It’s a difficult subject because I don’t want to put a positive spin on abuse… but I want people to know that if you can find the smallest of benefits of it then maybe – just maybe – you can stop blaming yourself for it.


Another way to look at it is to blame the abuser. I mean, that person is legally responsible for what has happened to you. If it wasn’t for him or her than you wouldn’t have gone through it in the first place. But it becomes difficult to separate blame from anger and I think there comes a point in your life when you learn that holding onto anger isn’t helpful. It eats you up from the inside out and then it spits out an awful, untrusting, unloving, careless, person. And it’s not about telling someone not to feel angry; it’s about recognizing when the anger is becoming poisonous and destructive and finding a way to let it go, move past it, and grow from it. It’s important to acknowledge that person is legally to blame but it’s equally important to not let that blame grow into a debilitating anger and to realize that even where there is legal blame, there isn’t always justice. And this is when blame can turn into frustration. It is one of the most frustrating lessons I’ve had to learn; where there seems to clearly be someone responsible for the abuse, how the bloody hell can they not be held accountable for it?! The tough answer I’ve had to swallow is; it’s not as easy as that. 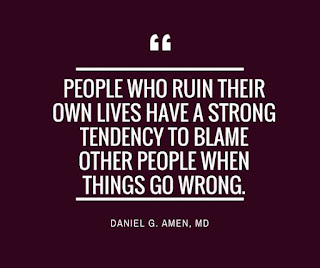 Can’t you forgive me?


I know that this is my fault


I should have been more careful


I was recently on BBC Radio Newcastle to talk about my thoughts on the government’s announcement to put more money into mental health services and I was asked ‘do you think that if services were as good as they should be, you wouldn’t have gone through all you have?’ I think that the predictable answer and the one they were looking for (so it was the one I gave) was ‘yes. If services hadn’t let me down then maybe I wouldn’t have ended up making suicide attempts and self-harming.’ For me, blaming professionals, and the people that were in my life during the abuse, is a very desperate action because to be realistic, the honest answer is that it wasn’t their fault. I hid the abuse so well that how could I expect anyone to see through my smoke screen? It would be very unfair of me to do that. But this goes back to my first point; because I then blame myself for putting up that wall and stopping anyone who could, from helping me. Of course, there are times when abuse occurs where professionals have genuinely failed at protecting that person or preventing it from happening. But that wasn’t me. No one could protect me or prevent it because no one had a clue it was happening… I say that but – here’s something I’ve never shared with you all – apparently when some people who knew both me and my abuser were interviewed by the Police they said ‘I never saw it but I can imagine it happened from how they both acted with each other.’ This, used to make me so angry to think about; but how many situations have you been in where you’ve thought ‘oh my God if I’d done that differently this wouldn’t have happened’? We all talk about not having regrets in life but there’s bound to be times where you think about what might have happened if you’d done things differently… And having these thoughts are completely normal, it’s when you become obsessed with them and when you manage to turn it into blame. Blame on yourself.