If you missed the announcement on my social media, for Christmas this year, I`ll be collaborating with Cats Protection on a Christmassy series of posts for the 12 days of Christmas (more info December 13th). And I was lucky enough to be invited to the Cats Protection Tyneside Adoption Centre for a private tour and the opportunity to meet some of their cats and kittens. 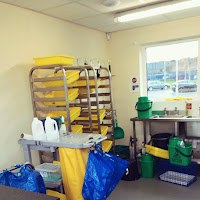 The branch’s Customer Engagement Advisor; Chris, took me to all of the different rooms first, to see where they do the food, water and – in my opinion, the worst job ever! – clean the litter trays. I thought it really exceptional that they consider cross contamination so highly that they go our of their way to ensure there’s no mass outbreak of any illnesses. It was obvious from the outset that the staff and volunteers have an abundance of knowledge on cats and are really, very well equipped at caring for them. 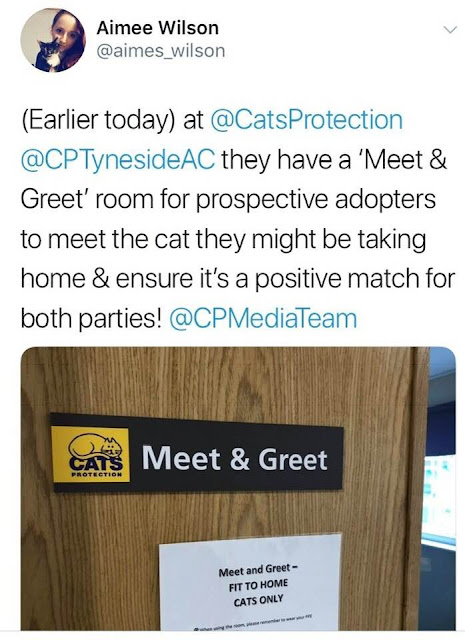 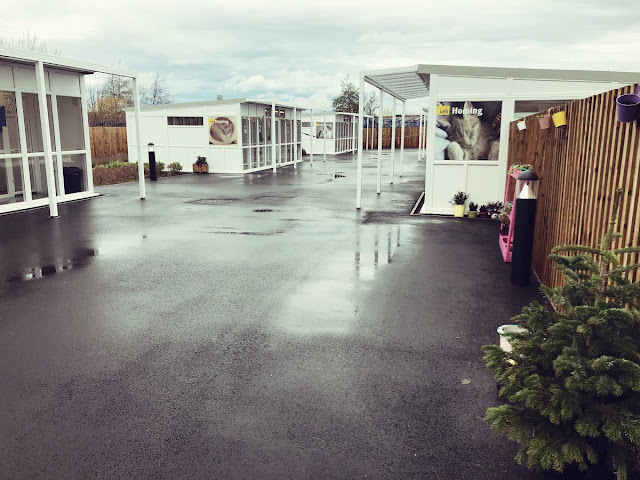 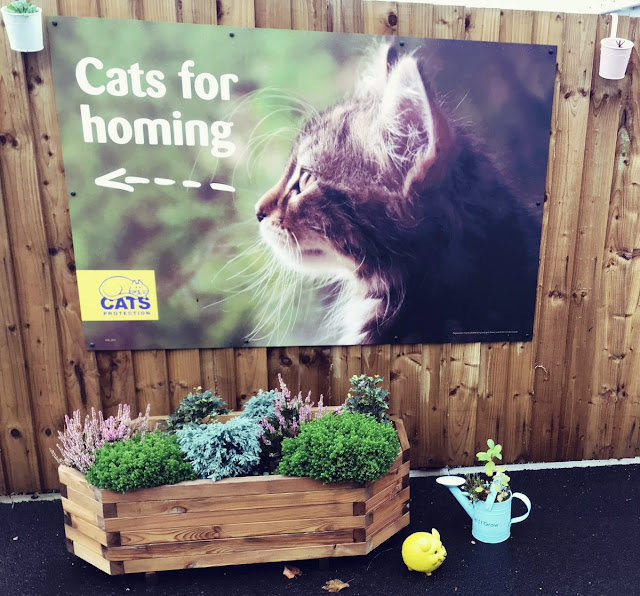 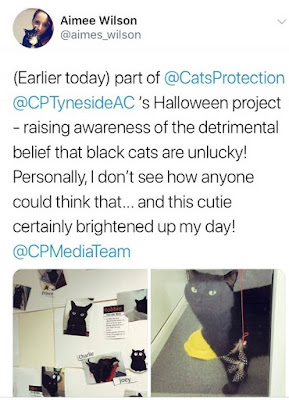 Next was the exciting part… when my Mum heard I was having a private tour at the Adoption Centre the first thing she said was “you better not take any home!” I knew from the offset that if I fell in love with any of the cats and heard their sob stories, I’d be tempted… and I wasn’t wrong! I met two cats who’d come from a home with more than 80 cats in it, another with a suspected tail amputation, and there were several whose owners had either died, or moved to a home where the Landlord doesn’t allow pets. Chris explained that relocation/moving home is often the reasoning behind a cat coming into the Centre and we talked about how hard it must be when the move is necessary. It’s important, though, that people bear in mind that some Landlords don’t allow pets and so – where possible – you should always check before signing a tenancy agreement so as not to be parted from your furry friend! 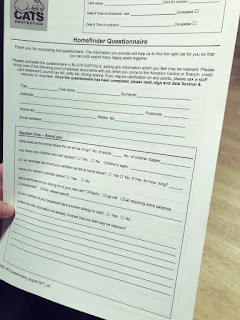 Proof that you’re allowed a pet (for those living in rented housing) is one of the few things that Cats Protection require you provide before adopting a cat from the Centre. There’s also a ‘Homefinder’ questionnaire to complete which asks about your own personality, what qualities you’re looking for in a cat, whether you’d want it to be an indoor or outdoor cat, and information on your current living situation such as whether there’s any children or other pets living in the property. It’s all just further proof of the passion behind Cats Protection to rehome their cats into a lovely home that they deserve.

I was also really lucky to meet a lady looking to adopt two cats and she kindly let me come along with her and her friend to look at the two cats she’d initially been interested in but they were too shy and after looking at another two (one is pictured to the right) she fell in love! 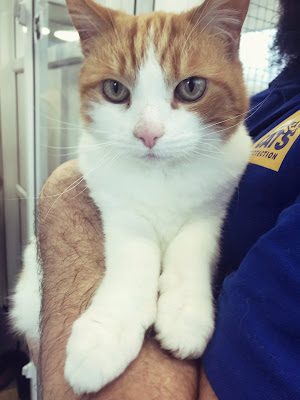 The two she chose were 2 and 13 years old so there’d been difficulty getting them adopted and all of the staff were made up to hear she’d chosen them! Chris explained how it feels like such an achievement when they rehome any of their cats never mind ones that’ve actually been difficult to rehome!


One cat I’m convinced they won’t have trouble rehoming though, is Minnie! As soon as we set foot in the enclosure her pen was in she was at the door! She was so friendly and had such a loud purr. Not going to lie; I got a bit emotional because she not only looked like Dolly (my cat that was put to sleep a few weeks ago) but she had the same mannerisms, temperament, personality… everything! And the fact she loved me made it even harder to leave her!! 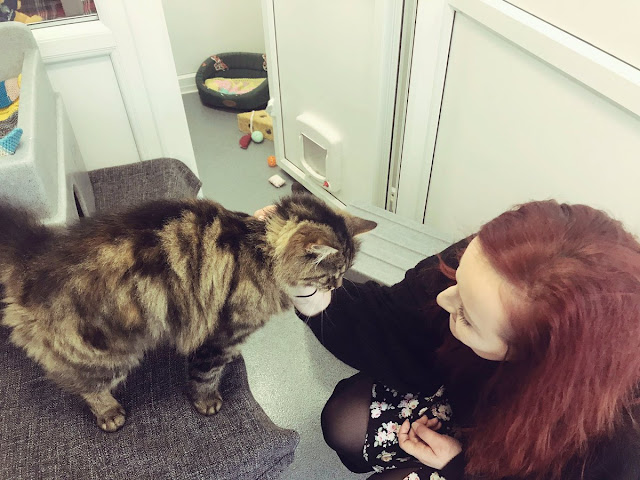 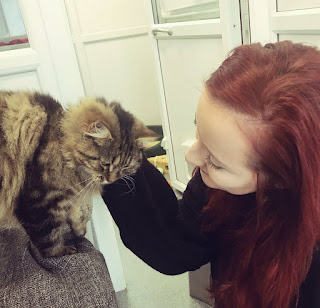 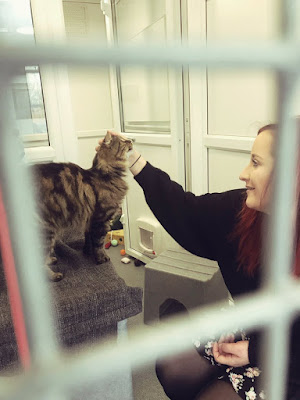 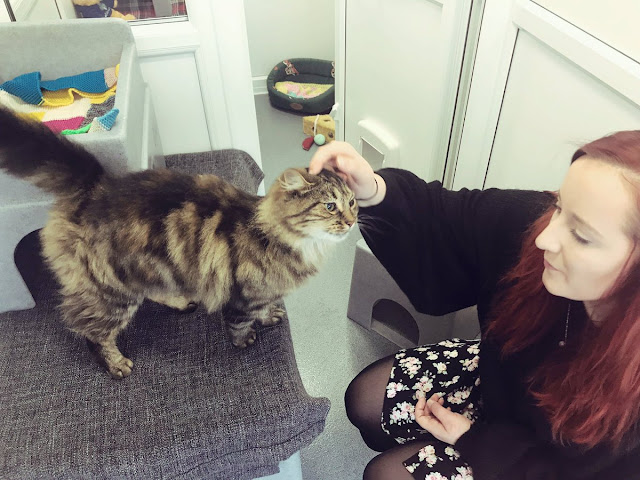 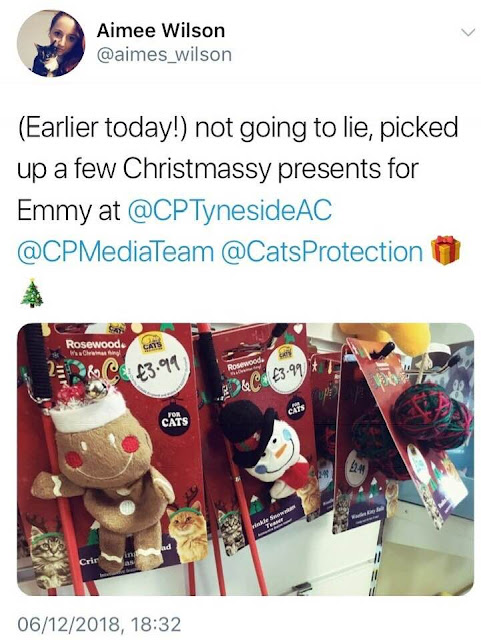 To adopt a cat from Cats Protection Tyneside Adoption Centre, visit their site (link below)and immerse yourself in all of the info and take a peek at the cats they’ve got in to see if anyone appeals to you!


Note: Cats Protection generally does not home cats over Christmas, as many cats do not settle well into a new home during this very busy time of year, but cats and kittens can be reserved for adoption so that they can be collected early in the New Year! 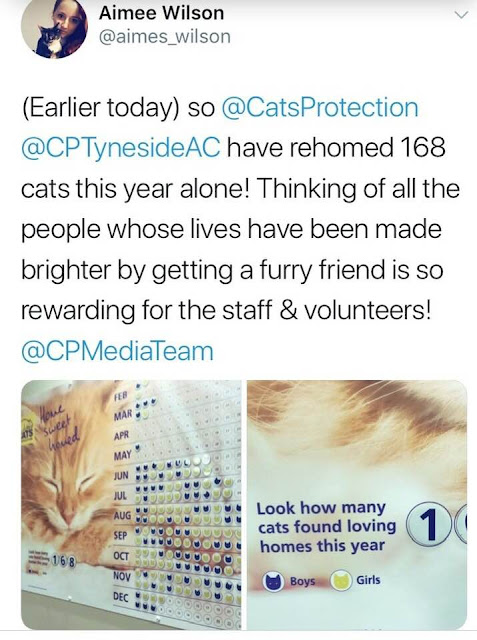