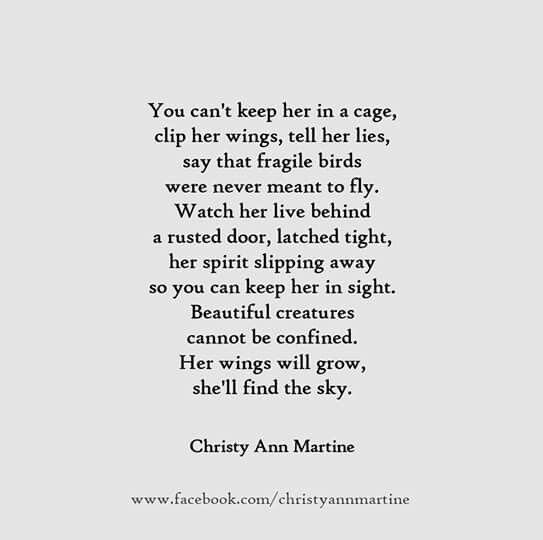 So, yesterday I found out that the person who hurt me, now has a new role in his job that potentially gives him an even higher chance for him to do it all again to someone else!

I had some very confusing and contradictory emotions and thoughts about it all last night and now that I’ve powered through them and come out the other side feeling much safer, I thought I’d blog about what those were, in the hope that it'll show people just what you can make it through.

At first, I think I was in shock but then the contradictory feeling was that I also wasn’t surprised. His job title is an absolute joke in light of what he’s been accused of and arrested for; but at the same time, there was no evidence so how can anyone deny him of such an opportunity in his career? Then it’s like the Crisis Team said when I called them, although he’s been granted those new responsibilities, it could purely be so that the organization he works for can’t be sued for unfair treatment because he was never found guilty! The Crisis Team also pointed out that his colleagues will be aware of the allegation because he was arrested in his place of work and they may be keeping a closer eye on him because of it.


You didn’t think that I’d come back, I’d come back swinging, you tried to break me, but you’ll see, what doesn’t kill you makes you stronger
-          Kelly Clarkson

My second feeling was frustration and anger. And do I even have to say that this had no contradictory feeling?! Frustration was a feeling that the Police shared when they said that they’d believed me but couldn’t take the allegation any further purely because of a lack of evidence. But I was frustrated that I’d done everything I could to stop this from happening to anyone else, and it hadn’t been good enough. To counteract this – before it became an unsafe feeling – my Mum told me (I called her about it too) that at least I could have a clear conscience. Yes, my reporting the abuse hadn’t fundamentally stopped it from happening to anyone else, but it meant that I’d done my best in trying to stop it from doing so.

My third reaction was a thought not a feeling and it was one that was sadly, very familiar. It was the thought to hurt myself. I believed that no one would be able to understand just how bad I felt and just how hard this was unless I self-harmed or took an overdose. But the Crisis Team said something so important “but you don’t need to do that Aimee. We’re listening to you and we understand this is such a shit situation for you.” I mean, ‘shit situation’ didn’t really cut it but I greatly appreciated the sentiment and much need validation!

Waking up today in my own bed with no life-saving treatment attached to me, was such an incredible sense of achievement. Some people might think ‘not trying to kill yourself was an achievement?!’ and to those people I say… Yes! The Crisis Team said to me last night that rather than think about how he'd gotten promotions at work, I should recognize how far I’ve come, in that my new automatic response is to ring for help and not to grab a packet of paracetamol or something sharp. They also told me to think of the achievements I’ve made by way of I’m NOT Disordered and my work with organizations. They asked how many readers I have now and when I told them ‘almost half a million’ they said to imagine if one of those readers got in touch in the same situation as me and they were asking for advice. I wouldn’t tell them to try taking an overdose; so why should I do it?!

Overcoming the thoughts to self-harm filled me with a sense of determination and confidence. No matter what he did or said, he would never deserve my life. He’s taken up years of it, but I’ll make damn sure that he isn’t going to take the entirety of it.
Labels: abuse, achievement, career, changes, coping, Crisis Team, mental health, recovery, self-harm, struggling, support, trauma
SHARE:
Newer Post Older Post
Home