NINE LESSONS YOU HAVE TO LEARN THE HARD WAY 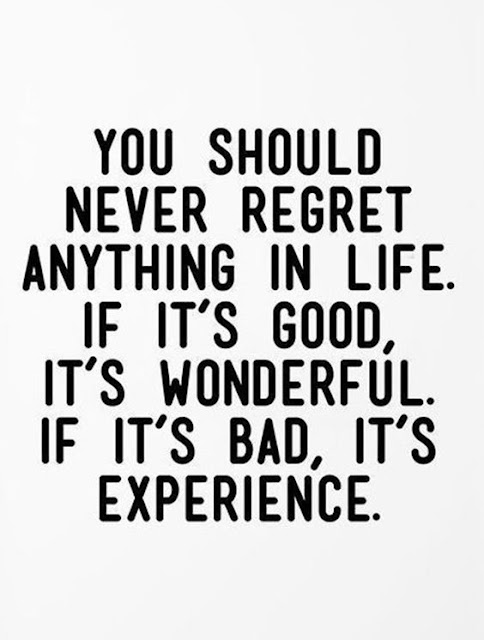 
(I decided to throw in some light-hearted lessons too because otherwise, it wasn't going to be a very fun post!)


It’s no secret that I went through a very monumentus relationship break-up last year (2018) and I remember in the early days of it, I would have panic attacks whenever I thought about what had happened. Finally, though, I can see that the heart does repair and even though you might still be able to see the cracks, the rest of it will be stronger than before.


I’m one of those people who religiously goes through her junk e’mail inbox every time I check my e’mails because I can’t stand it saying that I have sixty-odd unread messages! I think the only way you could ever avoid spam would be by not being online at all!


To learn this lesson you’ll have your determination and independence tested. I was someone who wouldn’t ask for help; no matter how dire the situation! Sometimes that meant insignificant situations like being lost and refusing to Google Map directions; and sometimes it meant not wanting to ring the Crisis Team when I was hallucinating. Through my mental health, I’ve learnt that needing to ask for help isn’t something to be ashamed of; in fact, it takes a lot of strength to do so.


There’s been so many things that I’ve bought from shops and I’ve complained about the cost and people have gone ‘you could’ve got that on Amazon for half the price!’ Now, it’s the first site I go to for anything and everything!


5.      There’ll always be pressure in society for you to change


You’re too fat. You’re too skinny. Those shoes are hideous. You shouldn’t support that political party. You need to read different books. You wear too much make-up. You don’t wear enough make-up. With social media being so popular, it means it has the potential have a huge influence on a person’s life. If you’re facing – what feels like – a constant barrage of criticisms and new standards to adhere to, it can be really destabilizing.


I remember the days when I was constantly going on nights out with friends, getting so drunk I danced until my feet hurt, ate cold kebab, and flirted like it was my favourite past-time! The hangovers were often horrendous, but I always pulled through in time for the next night out! These days, I just don’t see the appeal. To be fair, I don’t think it’s all about the fact that I grew up and learnt you can have just as good a time without alcohol. It’s also about my mental health and the negative impact alcohol has on it.


7.      During at least one point in your life, you’ll question your morals


One of my best-friends recently had some people make derogatory comments about mental health and it reminded me of a training session with the Police when their Trainer made similar comments and I worried that the new recruits would follow in his footsteps… If you’re surrounded by people with a different attitude to your own, then it’s hard to resist questioning whether your morals are the ‘right’ ones.


One of the (many) hard things I learnt through my mental health was that my priorities had gone from studying for my A Level exams to wanting to be dead; and all in the space of ten days! At the worst point, my family stopped being so important to me. And at one point in my recovery, my medication stopped being a priority. But it doesn’t always have to be a negative change. I’ve gone from prioritizing self-harm to thinking about my safety. I’ve changed from pressuring myself into going back into education to prioritizing doing the thing I enjoy the most – my blog.


I’ve had girls that I’ve thought would be in my life for the long-haul! Ones who didn’t desert me when my mental health deteriorated. An important lesson I have learnt with friendships, though, is that they don’t always end because of an argument or a negative event. Sometimes, it’s just time. Sometimes the relationship just runs its course and you naturally drift a part as you begin doing different things with your lives.
Labels: changes, coping, death, determination, experience, friends, happiness, help, mental health, recovery, relapse, relationships
SHARE:
Newer Post Older Post
Home